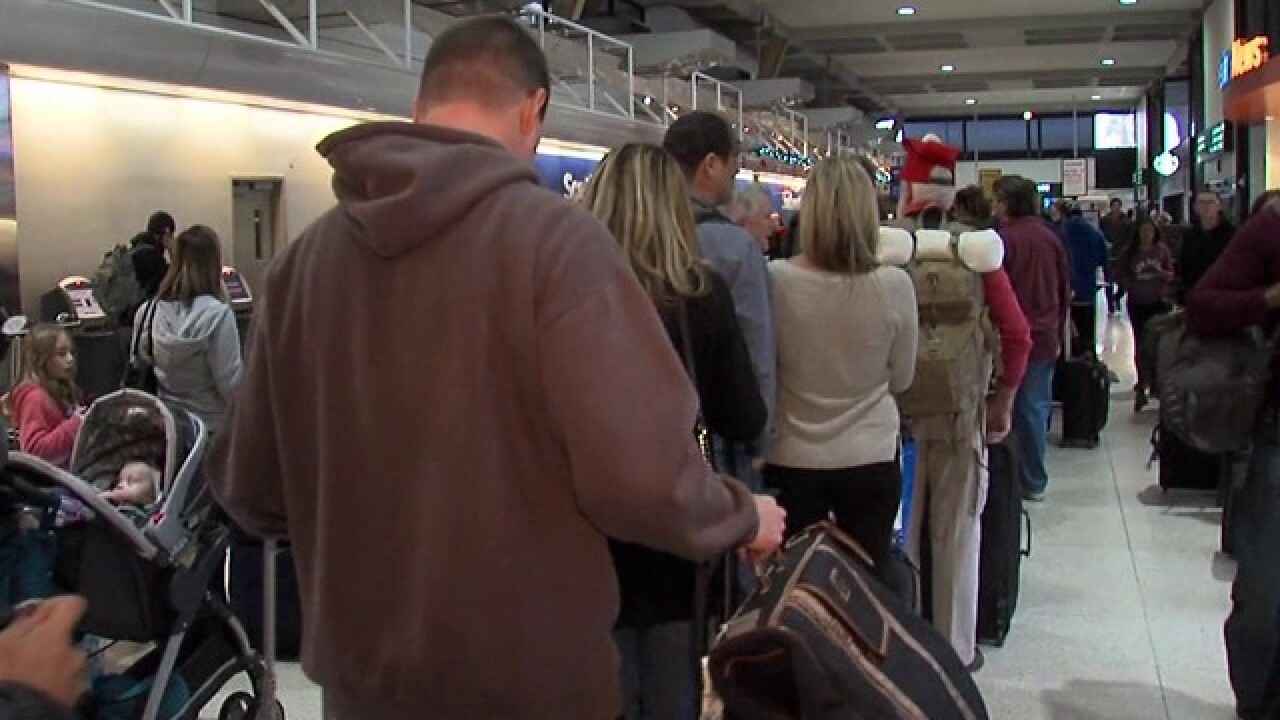 (KGTV) - Anyone traveling on Thursday, Dec. 20, is in for what is considered the worst travel day of the year.

The American Automobile Association (AAA) says a record-breaking 112.5 million Americans are expected to travel during the December holiday season, and that number should serve as a warning of sorts for those planning to hit roadways and airports across the country for Christmas and New Year’s.

While AAA says the holiday travel period begins Dec. 22 and lasts until Jan. 1, the group says Dec. 20 is when the majority of Americans will travel by air, train, bus, cruise ship and car.

When it comes to air travel, AAA says 6.7 million people will get to their destinations by airplane -- a 4.2 percent increase from 2017.

More Americans will travel by car than ever before, with more than 102 million people taking to the roads. That is a 4.4 percent increase from 2017, and AAA says it’s the most since they began tracking holiday travel in 2001.

If you’re looking to avoid the chaos on the roads, AAA says 2:30 p.m. is the worst time to travel.

CNN Travel has the following tips for traveling this holiday season:

Load up on apps: Most airlines, many airports and the TSA all have apps you can use to check on flying conditions, aircraft status and even food for sale. Some airlines let you rebook on their apps.

Pack snacks: The lines at your favorite airport eatery are going to be long, so have some snacks ready to eat, especially if you're facing a super-long TSA line.

Prepare your kids: That could mean bringing enough diapers, snacks and wipes or having enough shows loaded up on electronic devices to keep them busy. Just don't let them bug other people while traveling.

Pack properly: Pack your jellies. Eggnog, maple syrup, preserves and jellies need to go into checked bags. (With a checked bag, you can pack ALL of your crazy sweaters.)

Disabilities: Have a disability? Call TSA. Travelers with disabilities or medical conditions and their families can call the TSA Cares helpline toll free at 855-787-2227 at least 72 hours before flying to ask questions about screening policies and get assistance at checkpoints.

Other items to remember: Noise-canceling headphones, a sleep pillow and a charged battery for your gadgets -- bring them all.

Early arrival: Get to the airport early. If you clear the lines to check your bags and clear security early, there's more time to read or play with electronics, do yoga or talk to your traveling companions.

Patience: Stay chill. No amount of yelling at gate agents or flight attendants gets you from Point A to Point B any faster. In fact, being kind to airport and airline employees creates good will and might get you a better seat. (It sure helps with karma.)

For those driving: Some 46% of all crashes involving bad weather take place in the winter, according to the AAA Foundation for Traffic Safety. That's reason enough to prepare for winter driving. AAA recommends drivers carry an emergency roadside kit "containing a mobile phone and car charger, first-aid kit, blankets, drinking water and snacks, a flashlight with extra batteries, a basic toolkit, warning flares, an ice scraper, jumper cables and a shovel."