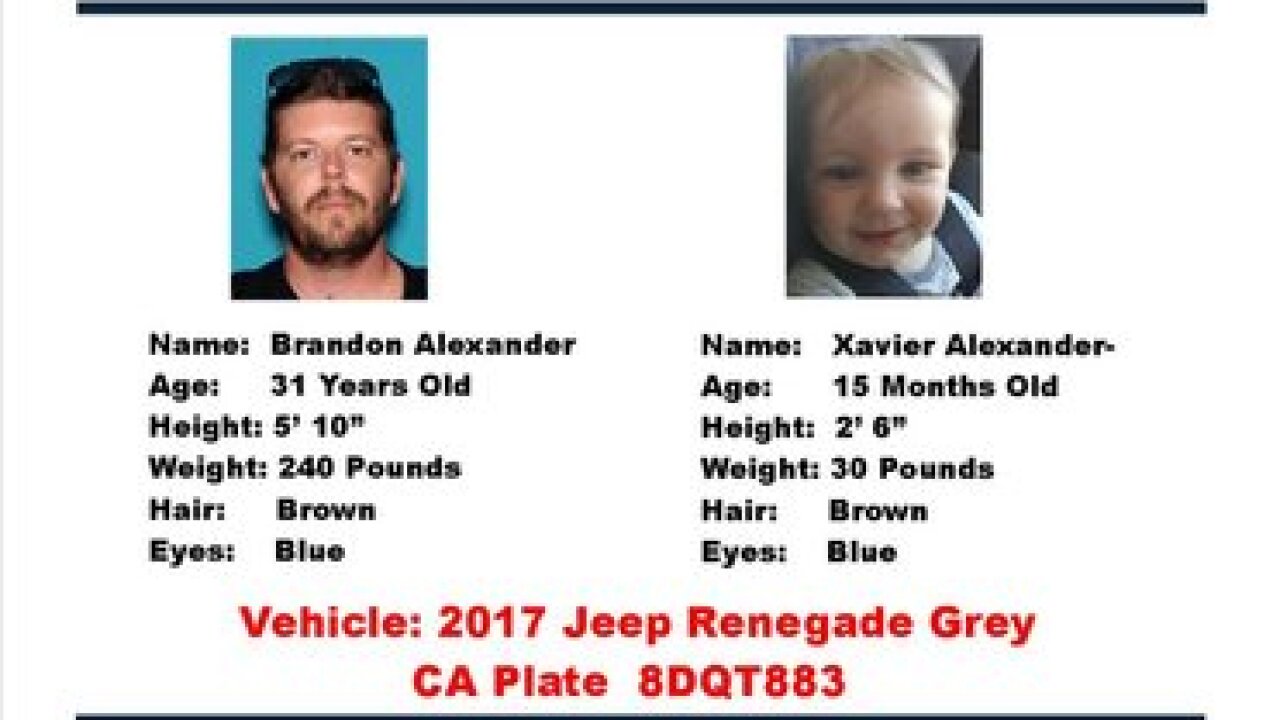 UPDATE: Suspect Brandon Alexander is in custody, and the Xavier Alexander and his mother are safe, Upland police say. They were found in Claremont, California, just west of Upland.

SAN DIEGO (KGTV) - A 15-month-old child is missing, and police are looking for the child's father in connection with the abduction.

Authorities believe 31-year-old Brandon Alexander, may have kidnapped his son, 15-month-old Xavier Alexander. The pair were last seen at 5:45 a.m. Saturday in Upland, California, which is in San Bernardino County. Brandon Alexander is considered to be armed and dangerous.

Brandon Alexander may have also taken the child's mother, according to Upland Police. Police say she is a white female in her early thirties. She has a restraining order against him, police said.

Anybody who sees the vehicle or Brandon and Xavier Alexander are asked to call 9-1-1.

10News is monitoring this breaking situation.