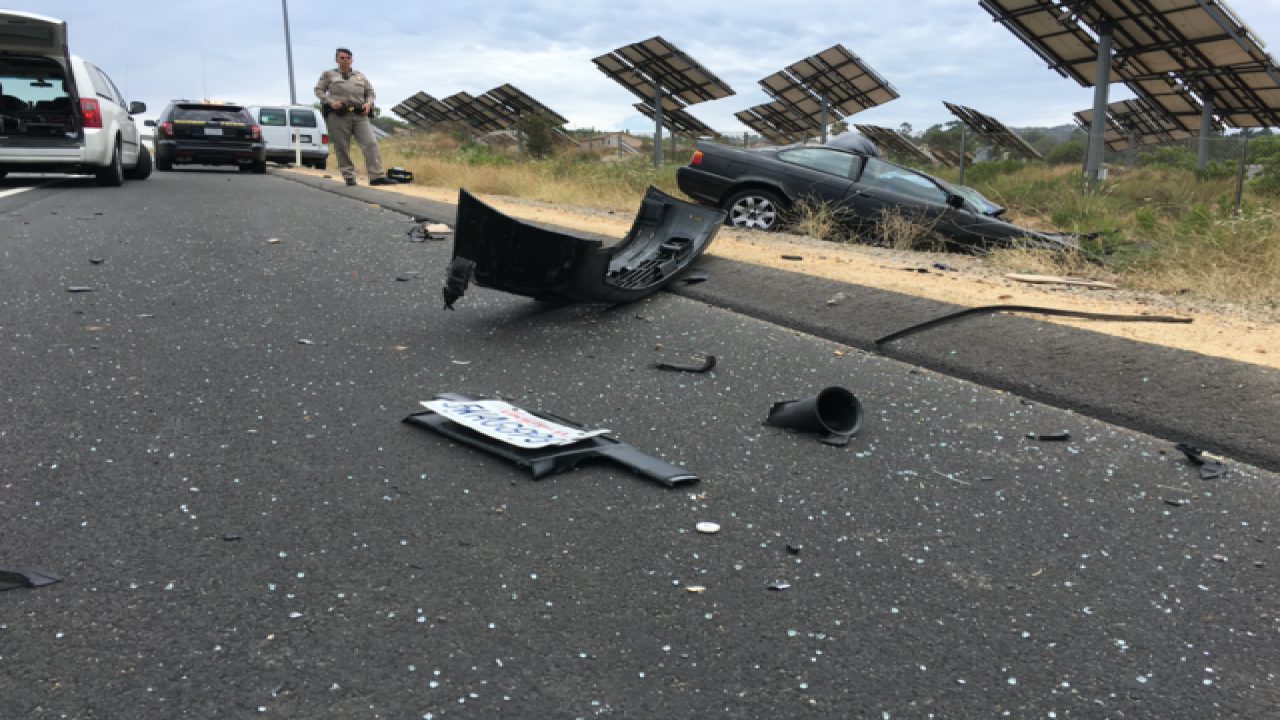 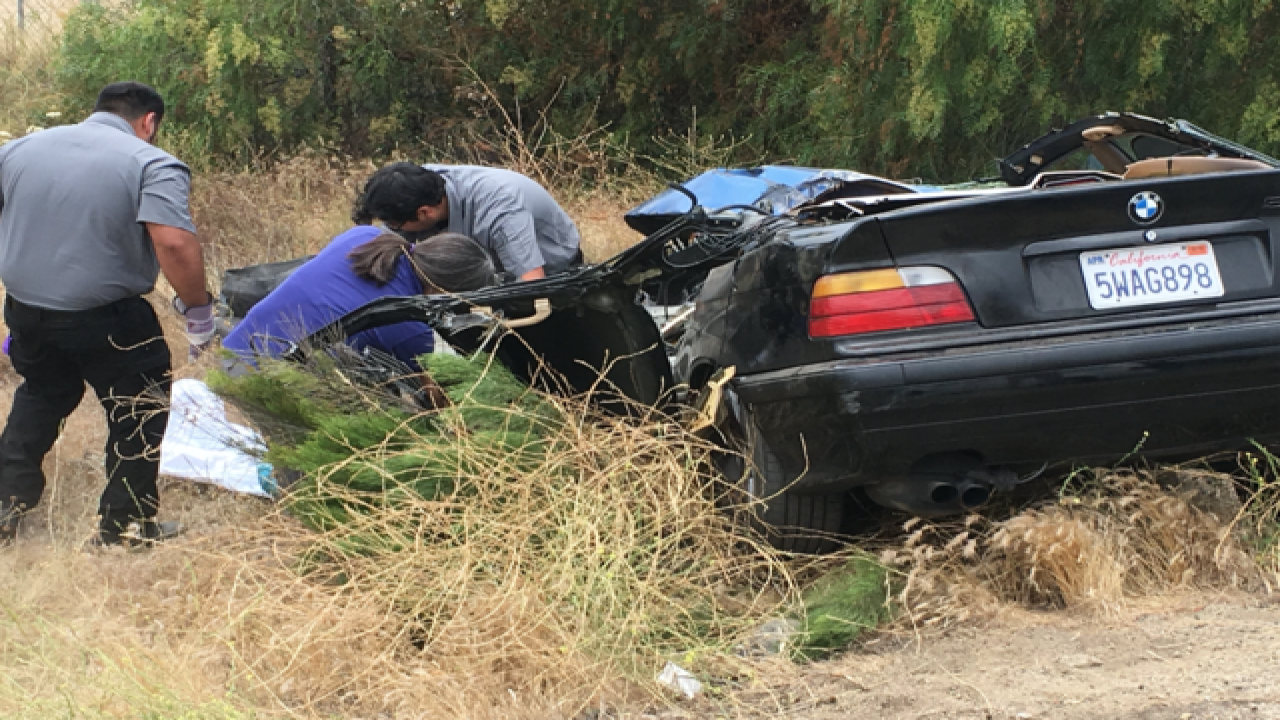 ALPINE, Calif. (KGTV)--One person was killed Sunday morning following a collision on Interstate 8, according to the California Highway Patrol.

A 20-year-old woman driving a black BMW tried to pass a semi-truck on the right side of eastbound I-8 just east of Tavern Road around 11 a.m., CHP officials said.

The BMW, which was traveling at a rate of speed of 90-100 mph, ran into the back of a semi and landed partially in a ditch. The BMW driver died at the crash scene.

The driver of the semi was interviewed and released.

CHP temporarily shut down the Tavern Road onramp to eastbound I-8.