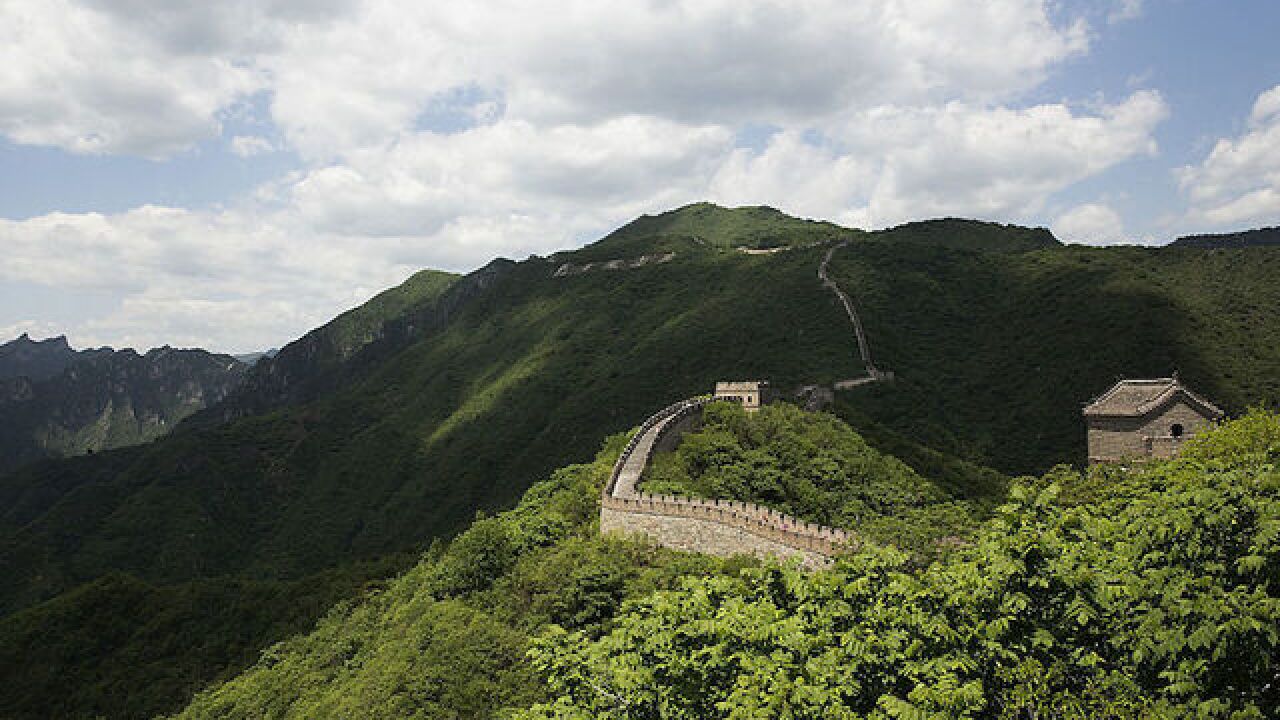 Copyright Getty Images
Lintao Zhang
<p>A general view of the Great Wall during the Weigh-in of IBF World Boxing Championship Bout at Mutianyu on May 24, 2016 in Beijing, China. </p>

Considered one of the top architectural marvels of all time, the Great Wall of China draws millions of travelers to its fabled stones every year.

Earlier in August, home rental website Airbnb launched a new contest called "Night at the Great Wall," in which four people and their guests would have got the chance to sleep in a custom-designed "home" set in one of the UNESCO-listed structure's towers.

Judging by the photos of the set-up provided by Airbnb, the once-in-a-lifetime experience would have been quite spectacular -- but not everyone thought it was a good idea.

Airbnb received mixed feedback on the concept -- amidst concerns that the competition could cause damage to the famous wall.

"We deeply respect the feedback we have received," said Airbnb in a statement. "We have made the decision to not move forward with this event."

According to the original statement by Airbnb, the aim of the contest was to showcase the Great Wall to the world and promote sustainable tourism to China. The company says it hoped to spotlight wide-ranging efforts to preserve the Wall's deep heritage and bring Chinese culture to life.

Entrants were asked to answer the following questions in 550 characters or less: "Why is it more important now than ever to break down barriers between cultures? How would you want to build new connections?"

Airbnb has apologized to those who had already entered the contest and advised that the company "will be in touch in the future about other ways you can explore and discover amazing experiences in China."

Some questioned how wise it is to spend the night in an open-air room.

"With the temperature in Beijing now, I fear you'd die of heat," said Weibo user Taozi Wei Jiaxin Tang. "And the mosquitoes all over this wild mountain. Oh my God. Forget about it."

Others feared the impact it will have on the historic structure.

"It will probably cause damage to the old walls," commented Zhixiang Gankuai Shui Dao Ba Ye.

But others expressed excitement at the prospect of spending a night on the Great Wall.

"Wow. This is something out of Harry Potter! I'm willing to do it even if I get feasted on by mosquitoes," said Weibo user OathKeeper.

Airbnb says 10 million Chinese travelers have already used its listings worldwide since the company started in 2008. Over half of those took place in the past year.

"We will be working closely with our hosts and guests in China as well as community leaders to highlight the culture and history that make China one of the most dynamic destinations in the world," said Airbnb.