Abused husky, her puppies put up for adoption 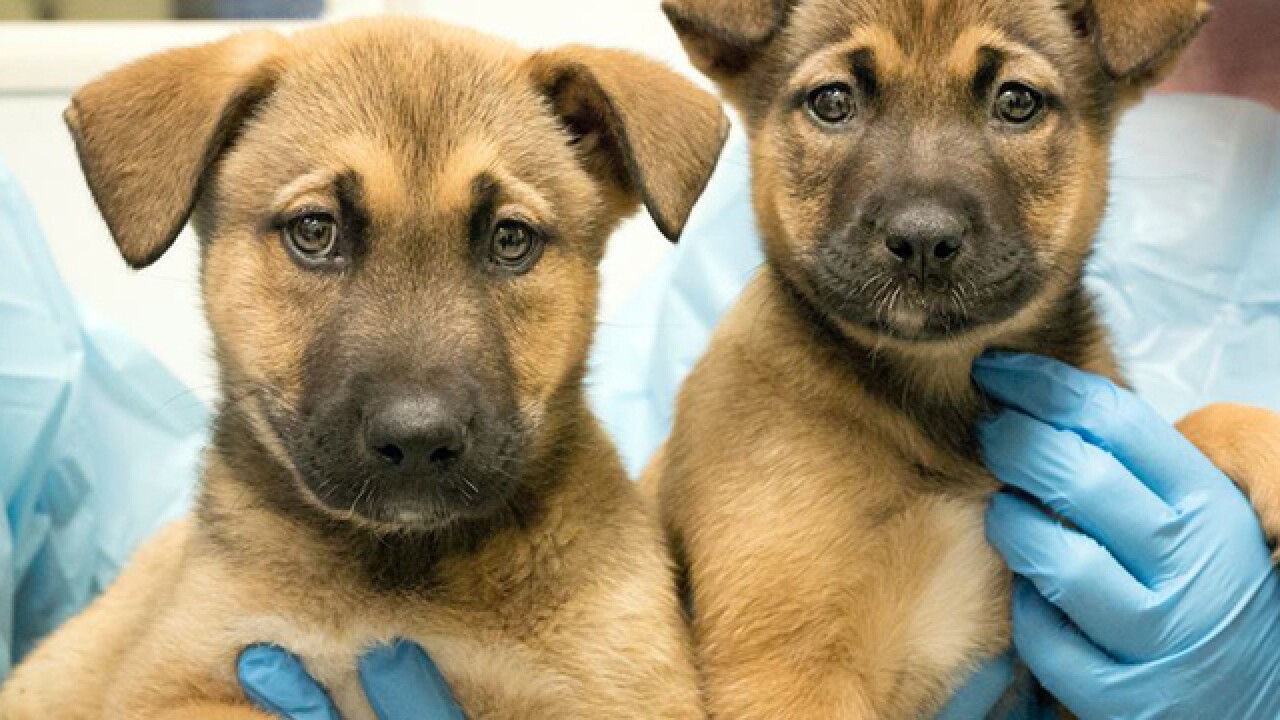 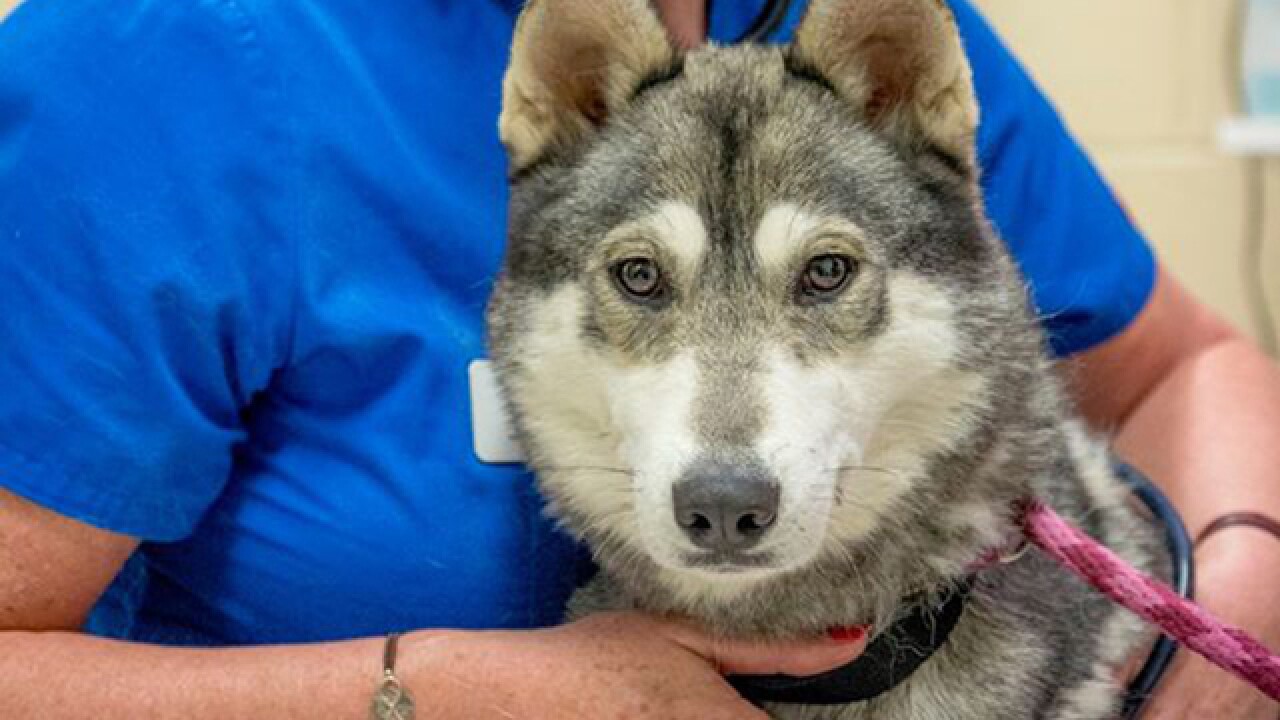 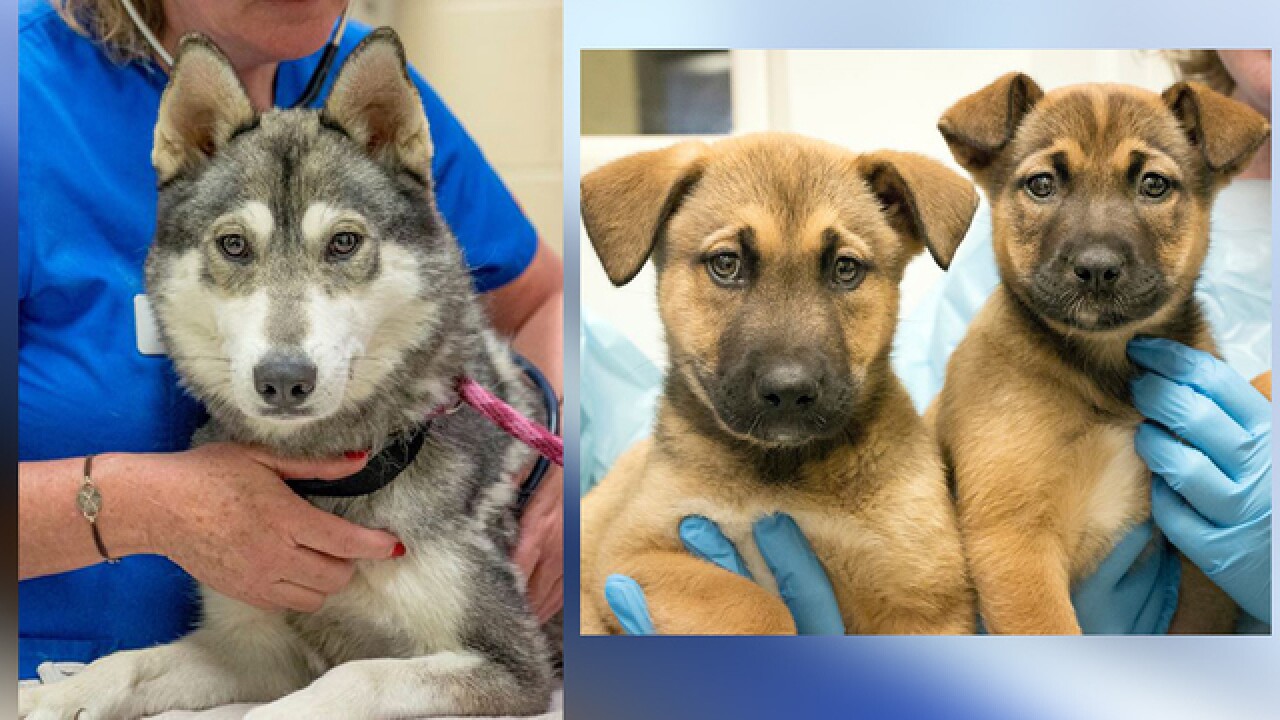 Two puppies belonging to 11-month-old Kiera will also be made available for adoption.

According to the Humane Society, Kiera was tethered to a steel ladder by a bike lock cable with less than 12 inches of slack, and had no shelter, food or water.

Since her muzzle was bound, she couldn't eat or drink anyway, and was underweight.

"The condition of the duct tape, as well as her emaciated appearance, indicates that she has been suffering in this neglectful and abusive situation for a very long time," said Steve MacKinnon, chief of humane law enforcement for Humane Society. "We're unsure how she survived as long as she did, or how she was able to care for her puppies under such deplorable conditions."

He said Kiera and her puppies were discovered by Oceanside police officers, who called in humane law enforcement after evaluating their condition.

The Humane Society said its investigators believe the dogs were subjected to animal cruelty under state law.

"After an in-depth investigation, it was determined that the incident was committed by persons in the household but there was insufficient evidence to prove who actually committed the acts," MacKinnon said. "It appears all residents in the house had some level of knowledge of the cruelty, but everyone failed to act to protect Kiera."

Kiera and her puppies have been given veterinary exams, and their prognosis is good, according to the Humane Society.

Anyone interested in adopting one of the dogs can apply in person at the society's San Diego facility at 5500 Gaines St.