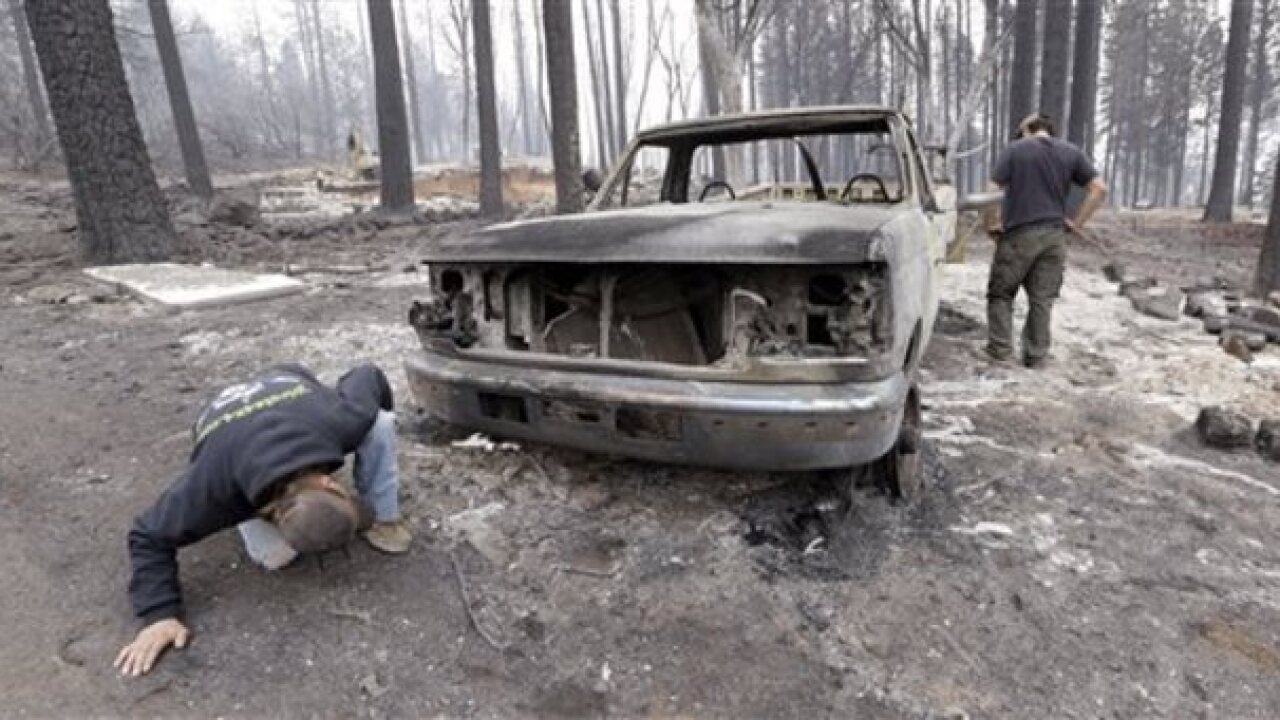 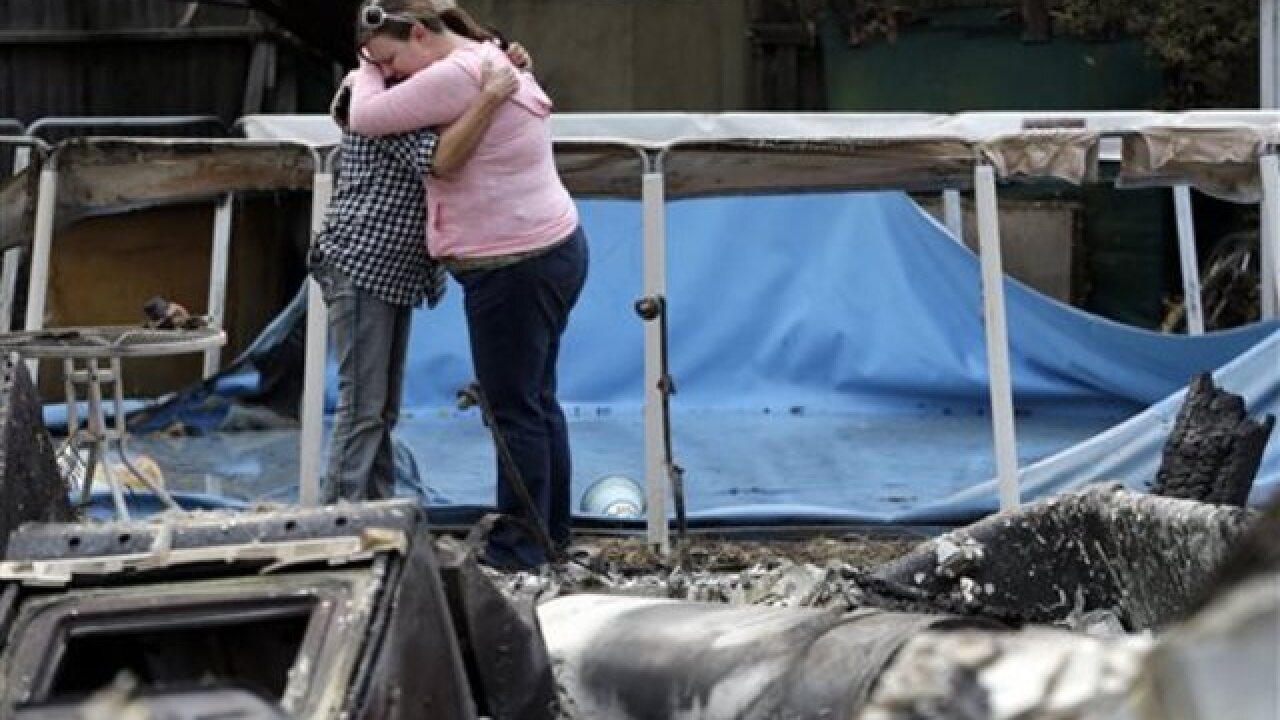 MIDDLETOWN, Calif. -- Two fires burning in Northern California have destroyed at least 720 homes and are threatening thousands of other structures.
Cal Fire says 585 houses were destroyed by the Valley fire in Lake County. The fire that started Saturday is threatening another 9,000 structures.
It says another fire burning about 120 miles to the southeast in the Gold Rush country of the Sierra Nevada foothills has decimated 135 homes. Cal Fire says another 6,000 structures are on the path of the blaze in Amador and Calaveras Counties.
Meanwhile, the family of a disabled woman found dead in the ruins of her home destroyed by the Lake County fire have identified her as 72-year-old Barbara McWilliams.
McWilliams' family says in a brief statement she was a retired teacher who had settled in the Middletown area in the last year.
Her caretaker, Jennifer Hittson, tells the Santa Rosa Press Democrat (http://bit.ly/1Kbct8I ) McWilliams had advanced multiple sclerosis and had major physical disabilities that limited her ability to walk.
Hittson says she left McWilliams' home at about 3 p.m. Saturday. She says she realized how serious the fire had become after getting home and called authorities to go help the woman.
Deputies and officers responded to the area around 7:30 p.m. but were unable to reach the subdivision because it had already been engulfed in flames.
Associated Press 2015