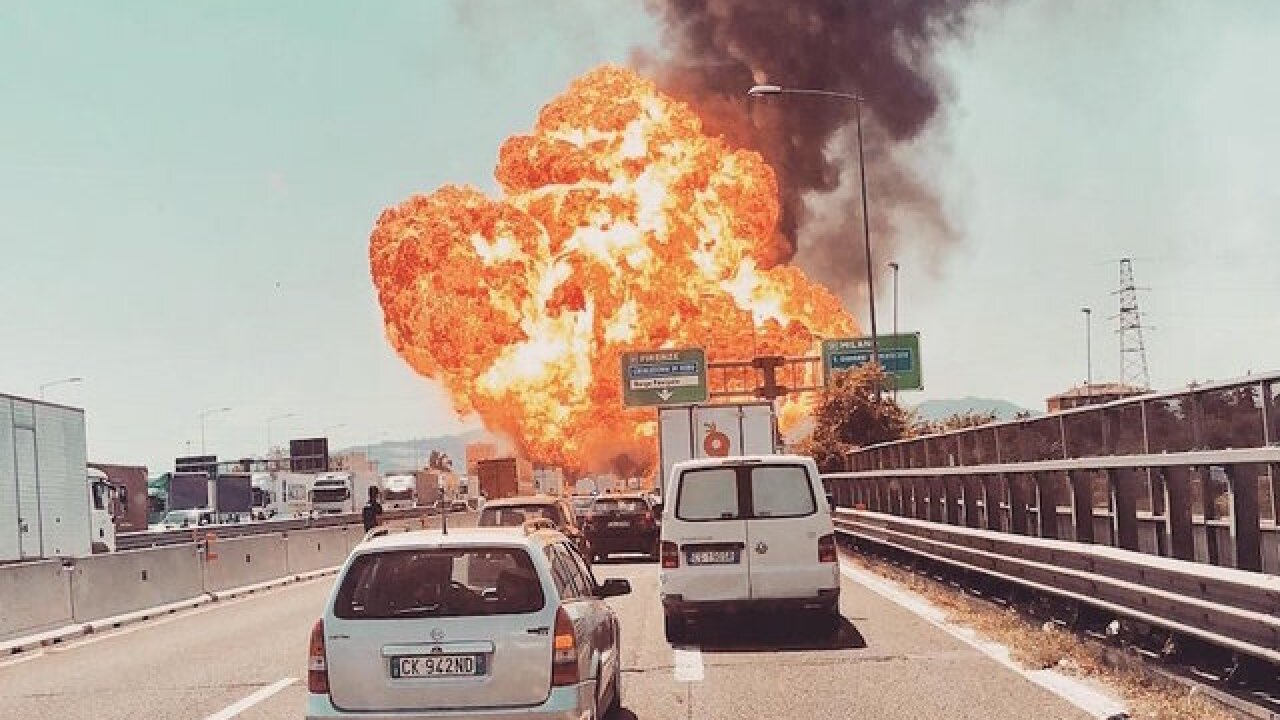 At least three people died and 67 were injured after a tanker truck exploded on a highway in Bologna, Italy, a spokesman for Italian state police told CNN.

Marco Granna, a spokesman for the local health agency in Bologna, told CNN that 55 people were taken to the hospital for treatment of first-, second- and third-degree burns.

At least two of the injured are police officers, the Italian highway patrol told CNN.

Footage of the incident showed an enormous fireball and plumes of thick, black smoke in the sky .

The explosion ripped through the pavement, leaving huge holes in the road surface.

According to police, the incident took place at Bologna Casalecchio and the junction with the A14 route from Bologna to Taranto.

Police have warned the public not to go near the area of the explosion.

In a tweet, the national fire brigade said it had deployed a helicopter to help with reconnaissance.