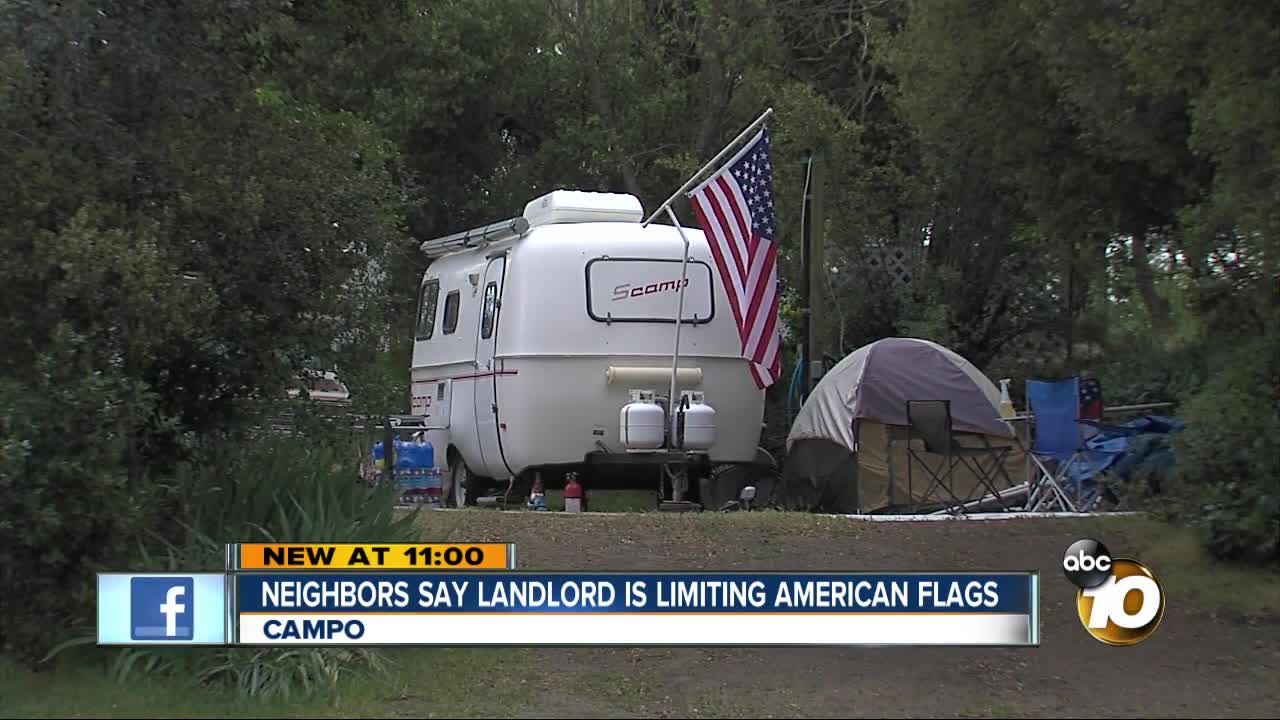 SAN DIEGO (KGTV) - A property dispute in East San Diego County has the American flag wrapped up in it.

A group of neighbors in Morena Village say their freedoms are being limited when it comes to flying their flags.

David Chessmore is an Army Veteran who lives at Lake Morena RV Park and says the new rules regarding flags are impinging on personal liberties.

“You have absolutely no right to inflict your will in the opposite direction that the flag stands for,” said Chessmore, who also goes by ‘Cowboy.’

The notice said tenants choosing to fly a flag may do so if it is attached to to an RV and that flags cannot be larger than 2 foot by 3 foot.

Management is also not choosing to fly the American flag anymore, according to the notice.

“We all signed contracts to be on this property in this park and no place in this contract does it say anything about flying a flag,” said Chessmore, “people
should be allowed to.”

The property owner referred 10News to the park's manager.

“I think they took it wrong because he’s definitely not taking that away from someone,” said Steve Valerio, the RV park manager.

Valerio says the notice was issued because the park had become too cluttered and the owner did not ban anyone from flying American flags.

“He just wants one flag on the RV itself, on the rig — there’s different sizes,” said Valerio, “he’s definitely not against the flag at all.”

Chessmore and another neighbor are grandfathered in the new rules, but he is worried others will not see the symbol.

“I don’t think that’s right,” said Chessmore, “these other folks are Americans too.”