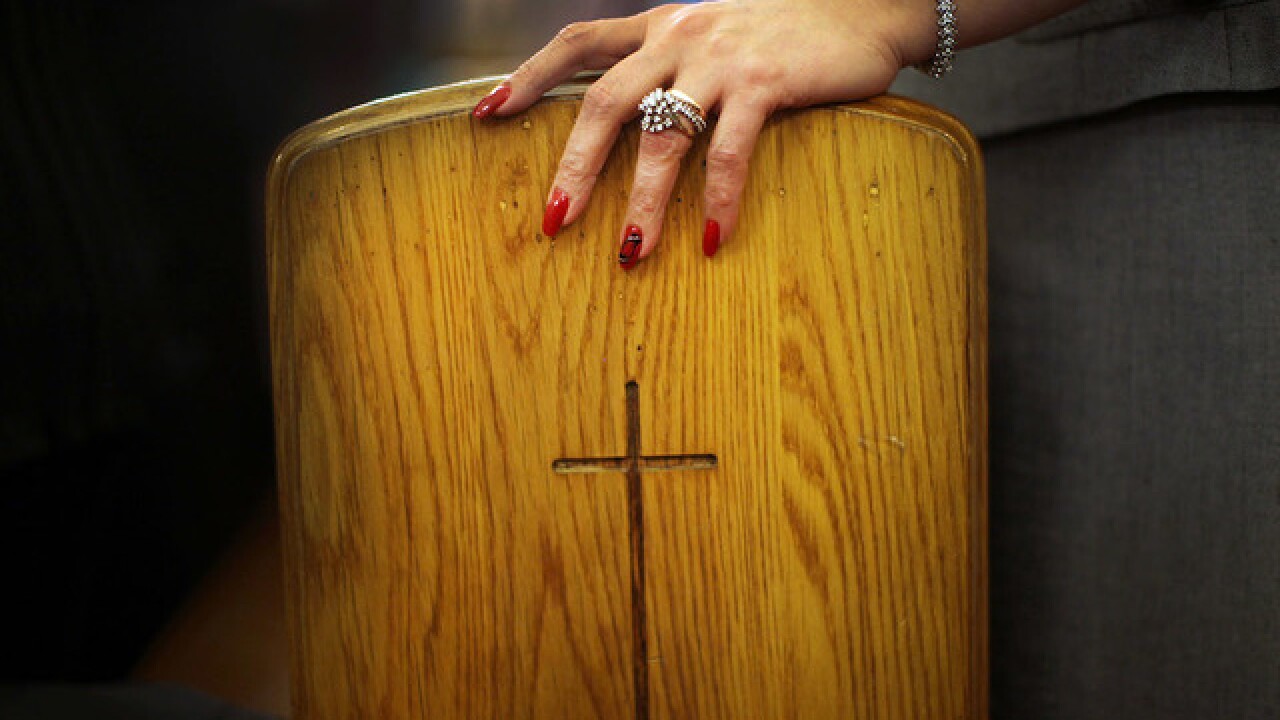 Copyright Getty Images
Spencer Platt
<p>An Egyptian Coptic Christian women holds onto a pew during the celebration of Christmas Nativity Liturgy, the start of Christmas, at the Coptic Orthodox Church of St. George on January 6, 2012 in the Brooklyn borough of New York City.</p>

If American religion were traded at a stock exchange, your broker might be telling you to sell. The trend lines don't look great and haven't for quite some time.

Social scientists and religious leaders have lots of theories about the long, slow slide, blaming it on everything from the internet to the politicization of conservative Christianity.

A new Pew Research Center study offers something different: a survey of 4,729 Americans telling us precisely why they do (or don't) attend religious services.

Some of their answers are unsurprising. Americans who don't believe in religion don't often attend church. Because duh.

But the survey may confound other stereotypes about other Americans who rarely, if ever, attend church. As it turns out, they're all not atheists, or even members of the "spiritual but not religious" crowd. Many say religion is important in their lives, and lean conservative, politically.

"The people who attend religious services less often are not a monolithic group," said Becka Alper, a research associate at Pew.

First, here are the top 10 reasons given by Americans who attend religious services at least once a month, according to Pew. Survey respondents were allowed to give more than one reason. The percentage refers to people who said this was a "very important" reason for their decision:

African-Americans are more likely than whites or Latinos to say that becoming closer to God, being a better person and finding spiritual solace in tough times are top reasons for attending religious services. The weekly sermon is less a draw for Catholics than other Christians.

Women are more likely than men to say there are a variety of reasons for attending church, while men more commonly say they sit in the pew every week to please their spouse.

A healthy slice of adults younger than 30 say they visit the sanctuary mainly to socialize. Perhaps coincidentally, they are also less likely than older churchgoers to say they feel God's presence at services.

Why are older people more likely to feel God at church? Is there something in our makeup that opens us to religious experiences as we age?

Or maybe more Americans are searching outside of sanctuaries for the divine.

According to Pew, that was the top reason survey respondents gave for skipping regular religious services. Here's the whole list:

When you read the phrase "practice their faith in other ways," it may be tempting to visualize dreadlocked Jubus and Thoreau wannas wandering barefoot around Walden Pond.

But that's not the picture Pew's data paints.

The believers most likely to say they practice their faith in "other ways" aren't spiritual freelancers with a disdain for discipline. They're Republican women in their 50s, and lot of them are Christians.

Of those who believe in religion but don't regularly attend religious services, nearly 7 in 10 still identify with a particular tradition, including 6 in 10 who say they are Christian.

More than half the people who believe but don't attend religious services regularly are women, and they are more likely than men to say they haven't found a house of worship they like and have found other ways to put their faith into practice.

That's especially true of African-American men and women who are more likely than whites and Latinos to say they don't go to church because they don't feel welcome or there is no worship space for their religion in their area.

So, what does all this mean?

American pastors, imams and rabbis have spent endless amounts of time trying to cater to millennials' religious tastes, or at least what they perceive to be millennials' tastes: Coffee bars. Hip young pastors. Mission trips to exotic locales.

But this study suggests that there is a group of believers who seem like they'd actually like to go to religious services, if only someone could help get them there and welcome them when they arrive.