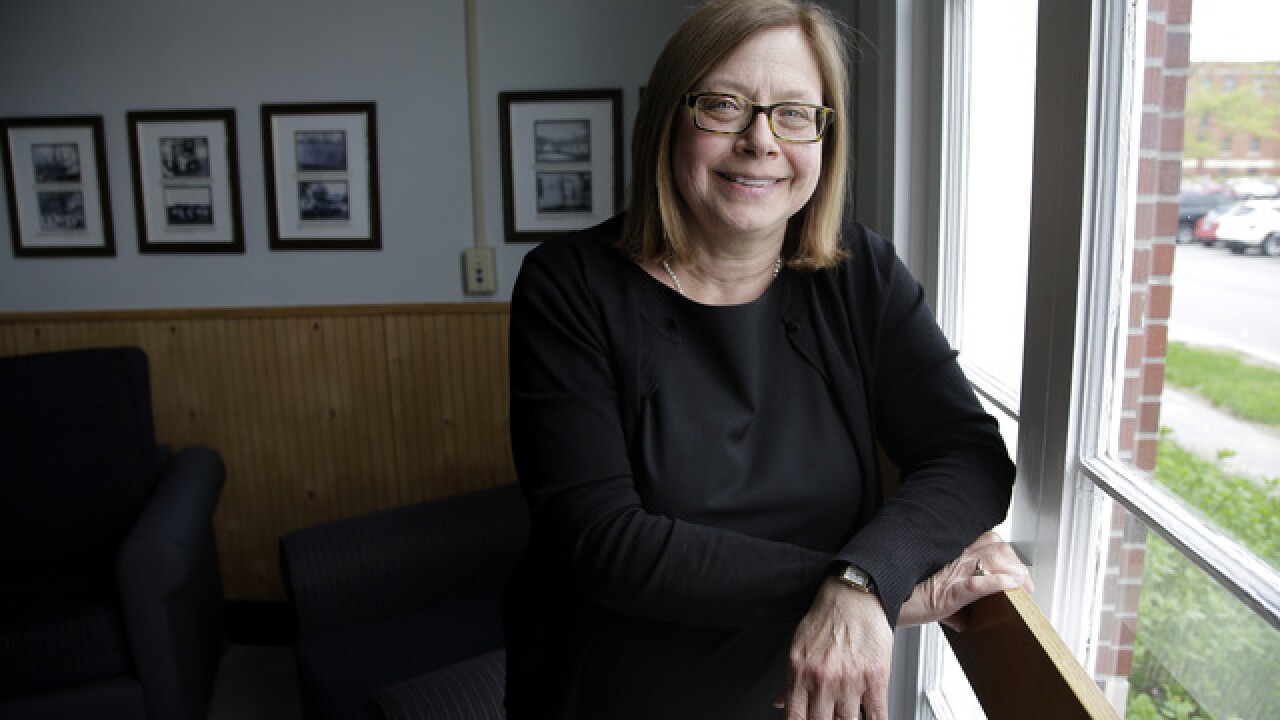 Copyright 2017 The Associated Press. All rights reserved.
Steven Senne
<p>Elinore McCance-Katz, chief medical officer at the Rhode Island Department of Behavioral Healthcare, Developmental Disabilities and Hospitals, is seen at a state office in Cranston, R.I., Wednesday, May 3, 2017. McCance-Katz is President Donald Trump's pick to marshal the government’s response to the opioid epidemic and assist people with mental illness doesn’t quite fit the mold of some of his other nominees.</p>

President Donald Trump's pick to marshal the government's response to the opioid epidemic and assist people with mental illness doesn't quite fit the mold of some of his other nominees.

Instead, she's an academic expert on addiction with extensive state government and federal experience, and a reputation for relying on science. She spent time at the federal Substance Abuse and Mental Services Administration, the agency she has been nominated to lead.

The strongest opposition to her nomination isn't coming from Democrats and advocacy groups, but from a Republican who says she's been part of the problem.

McCance-Katz, 60, now serves as chief medical officer for the Rhode Island agency responsible for substance abuse and mental health services. She was on a task force that produced a nationally recognized opioid action plan for the state.

After a stint at SAMHSA during the Obama administration, McCance-Katz penned an article last year strongly critical of the federal agency, alleging "hostility toward psychiatric medicine" and failure to address the treatment needs of mentally ill people.

That may have caught the eye of the White House, along with a post-election piece that cast Trump's victory as positive change for people with mental illness. Now the president wants to send McCance-Katz back to SAMHSA.

Congress recently elevated the job of agency director to a new position with the higher rank of assistant health secretary, requiring Senate confirmation. Lawmakers want an executive to instill coherence and coordination among 112 federal programs for people with serious mental illness. Up to now, the main purpose of the roughly $4-billion agency has been to distribute grants.

Advocates for people dealing with mental illness and substance abuse see an opening. They were heartened that the White House invited advocacy groups to meet as officials were sifting candidates for SAMHSA.

"The early signs that we are seeing are that the importance of mental health is recognized," said Ron Honberg, a senior policy adviser with the National Alliance on Mental Illness, which is supporting McCance-Katz. "The administration has come out very strongly on the opioid issue." The budget deal increased federal spending.

In the Senate, the nomination of McCance-Katz goes to the Health, Education, Labor and Pensions committee. Sen. Bill Cassidy, R-La., a committee member active on mental health issues, called her a "qualified and experienced leader who will make mental health reform a reality."

But in the House, Rep. Tim Murphy, R-Pa., says he was "stunned." The congressman earlier had led an investigation of SAMHSA that revealed poor coordination of mental health programs and gaps in the oversight of grants. Although McCance-Katz criticized the agency after she left, Murphy says she failed to say anything while she was there, serving as chief medical officer.

Advocates say problems Murphy highlighted have been addressed, and McCance-Katz would find the agency in better shape than she left it.

Within the mental health community, there's a longstanding tension between those who favor medical treatment for problems like addiction, and those who favor "peer support." The latter involves approaches similar to Alcoholics Anonymous, white treatment usually involves medication. McCance-Katz is seen as firmly in the treatment camp.

Jonathan Goyer, manager of the Anchor recovery program in Pawtucket, R.I., worked with McCance-Katz on the state opioid response plan. She has solid credentials and "does seem to genuinely care," said Goyer. But she leans too heavily toward the medical model.

"I don't necessarily agree with all of her beliefs," he said. "When we don't invite people into the room who have lived the experience, it does concern me."

According to her biographical information, McCance-Katz got interested in mental health as a medical student, while helping to treat a woman patient who was in crisis.