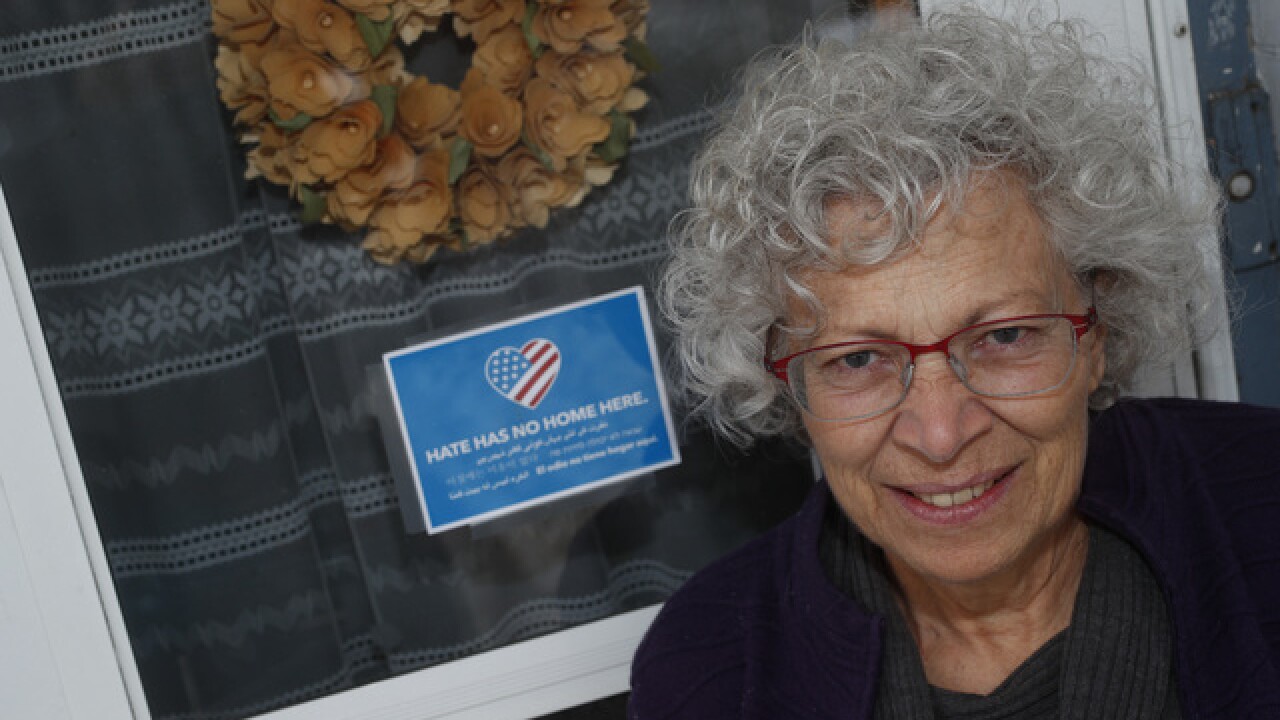 Copyright 2017 The Associated Press. All rights reserved.
David Zalubowski
<p>In this Thursday, Feb. 23, 2017, photograph, Vicki Tosher, a breast cancer patient, is shown outside her home in the south Denver suburb of Englewood, Colo. Tosher, like countless other Americans, likes the subsidized health plan that she buys through the Affordable Care Act and is concerned with Republicans' efforts to scuttle the coverage.</p>

As Republicans try to unite around a replacement for the Affordable Care Act, one of the most popular parts of the law will be among the most difficult to replace: the guarantee of health coverage for people with pre-existing conditions.

The challenge of providing insurance for Americans who have no other alternative has some congressional Republicans considering whether to ask the states to reboot high-risk pools, an option with a rocky history. In the past, the pools served as insurers of last resort for people in poor health who could not get an individual policy from a commercial insurer.

"It's definitely a hand-off to the states," said economist Douglas Holtz-Eakin, who has reviewed the GOP plans and a recent briefing document for members of Congress. "It's a commitment for money. It doesn't say how much."

The health care law requires insurance companies to cover people with serious medical problems at the same premium prices as everyone else. President Donald Trump has said he wants to "keep pre-existing conditions," but he has not said how.

As they returned home during the recent congressional recess, some lawmakers received an earful from people concerned about possible GOP health care changes.

"I'm really angry about it," said Vicki Tosher, a 64-year-old breast cancer patient in Englewood, Colorado, who likes the subsidized health plan she buys through the Affordable Care Act for $345 a month.

Whatever happens, the effects could be broadly felt. The nonpartisan Kaiser Family Foundation estimates that 27 percent of adults under age 65 have health conditions that would likely leave them uninsurable under practices that existed before the health care overhaul.

Some Republicans say they will preserve protection for pre-existing conditions, but with a catch. People would have to maintain continuous coverage before earning the protection — for 18 months in the plan offered by former Rep. Tom Price, Trump's health secretary. Those who go without coverage or who never had insurance could buy a policy through a state-run high-risk pool.

High-risk pools have been tried before, with mixed results. It worked like this: Sick people with problems ranging from arthritis to congestive heart failure were placed in a separate insurance pool, with government and insurance companies helping to cover costs. They were also charged higher rates, up to double the amount paid by consumers with no serious ailments.

In the more than 30 states that had high-risk pools, net losses piled up to more than $1.2 billion in 2011, the height of the pools before the Affordable Care Act took full effect.

The programs covered about 225,000 Americans back then. Most pools had lifetime and annual limits on coverage. Some imposed waiting periods of up to a year for coverage of a pre-existing condition.

Some states offered income-based assistance. Most did not.

Before the health law, Tosher was insured in a high-risk pool and paid twice as much for coverage.

"It's unfair. It's kind of like living in a ghetto," she said. Returning to a system in which insurers could charge any amount to people with pre-existing conditions "is a major concern for me."

Tosher, a self-employed editor, told her story during a rally outside Republican Sen. Cory Gardner's office a few weeks ago. She's among the many constituents who have called, protested or written to their lawmakers in support of the Obama-era health care law.

Until the health care overhaul, most states allowed insurers to quiz applicants for regular individual policies with lengthy questionnaires, including details about the health of each family member. Insurers could review medical and pharmacy records. A prescription for insulin for diabetes or an immunosuppressant for arthritis could mean a denial of coverage.

Insurers automatically denied individual coverage for people with cancer, cerebral palsy, congestive heart failure and many other conditions. Or they excluded certain conditions and even family members in the coverage they offered.

In every state that ran a high-risk pool in 2011, medical expenses outpaced premiums, and losses averaged $5,500 per enrollee. States used fees and taxes to make up the difference.

"High-risk pools have been government's attempt to get at the issue of access to health insurance," said Al Redmer Jr., Maryland's insurance commissioner and a leader in the National Association of Insurance Commissioners.

Affordability is another matter, he said, and would be handled differently in each state.

Under the law, the government set up a temporary program called the Pre-Existing Condition Insurance Plan, to serve as a bridge until the phase-in of the requirement that insurers accept people with health problems. The plan was open to people who had a pre-existing condition and had been uninsured for at least six months. Premiums were comparable to what healthy customers paid.

But the cost of care quickly threatened to drain the $5 billion budgeted for the program. With about 100,000 patients participating nationwide, the government unexpectedly froze enrollment. Then midway through the 2013 plan year, 17 states unwilling to pay for cost overruns turned their programs back to the federal government.

Patients did not lose coverage, but they had to meet new deductibles and out-of-pocket limits, which meant thousands of dollars in unplanned costs for those being treated for serious illnesses.

Starting in 2014, insurers were forbidden from turning away people in poor health, and the cost of their care was spread across the entire pool of people with individual policies. That's one reason the cost of those policies has soared. The increases have especially affected people whose income is too high to qualify for a government premium subsidy.