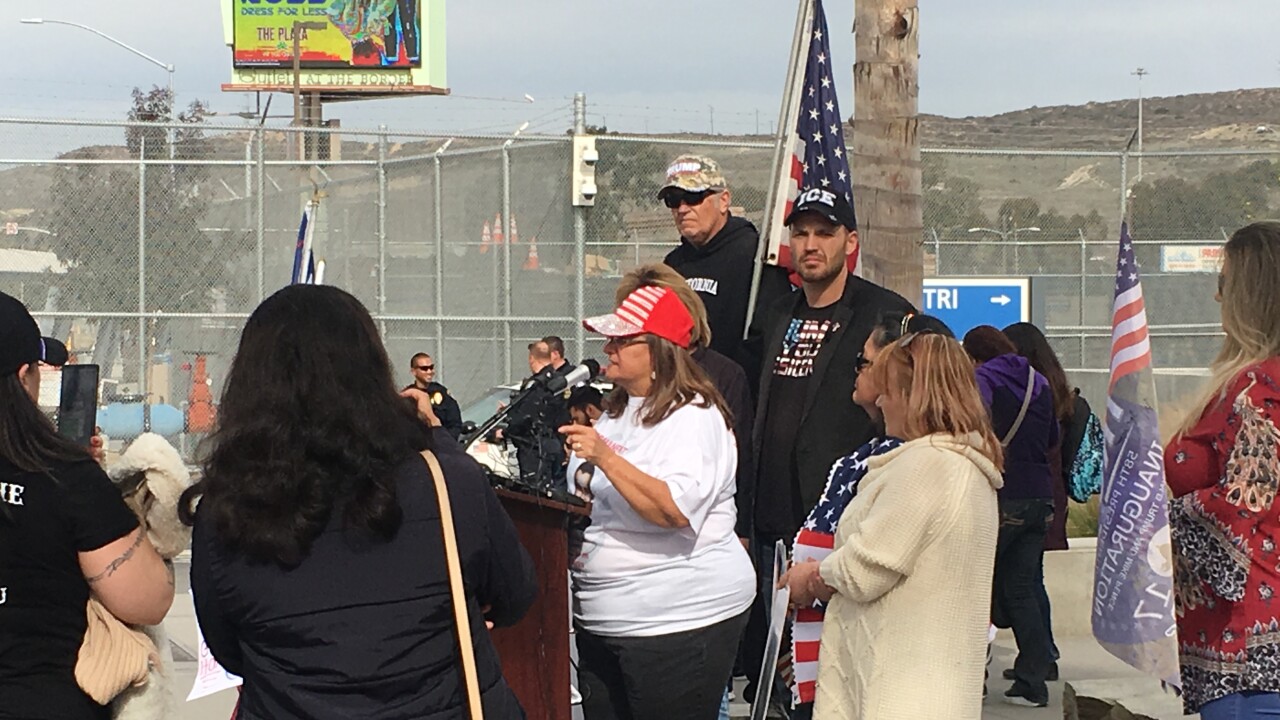 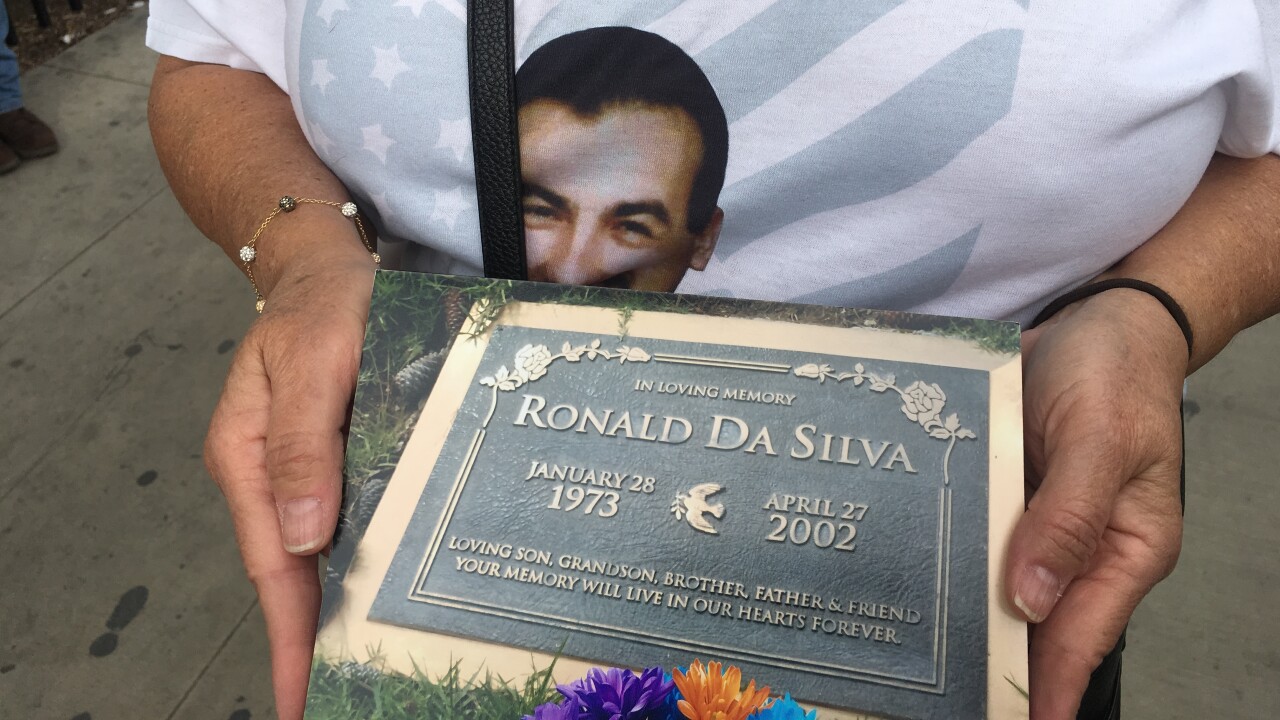 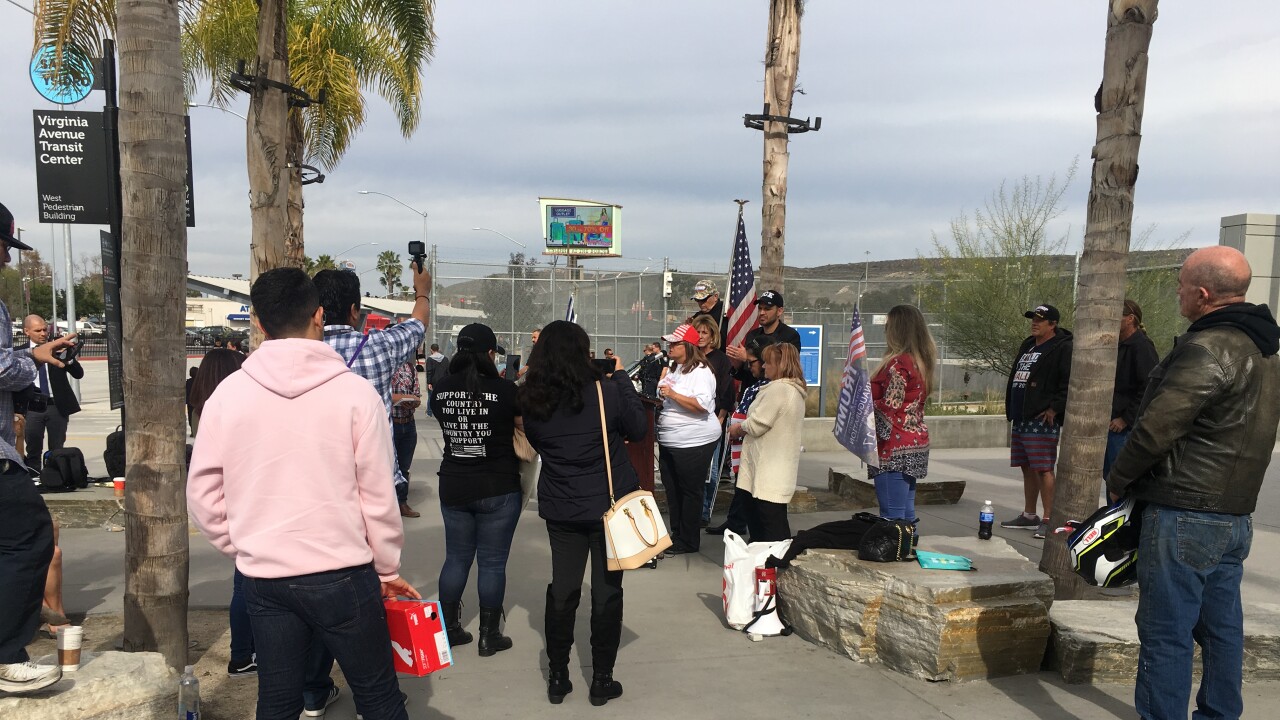 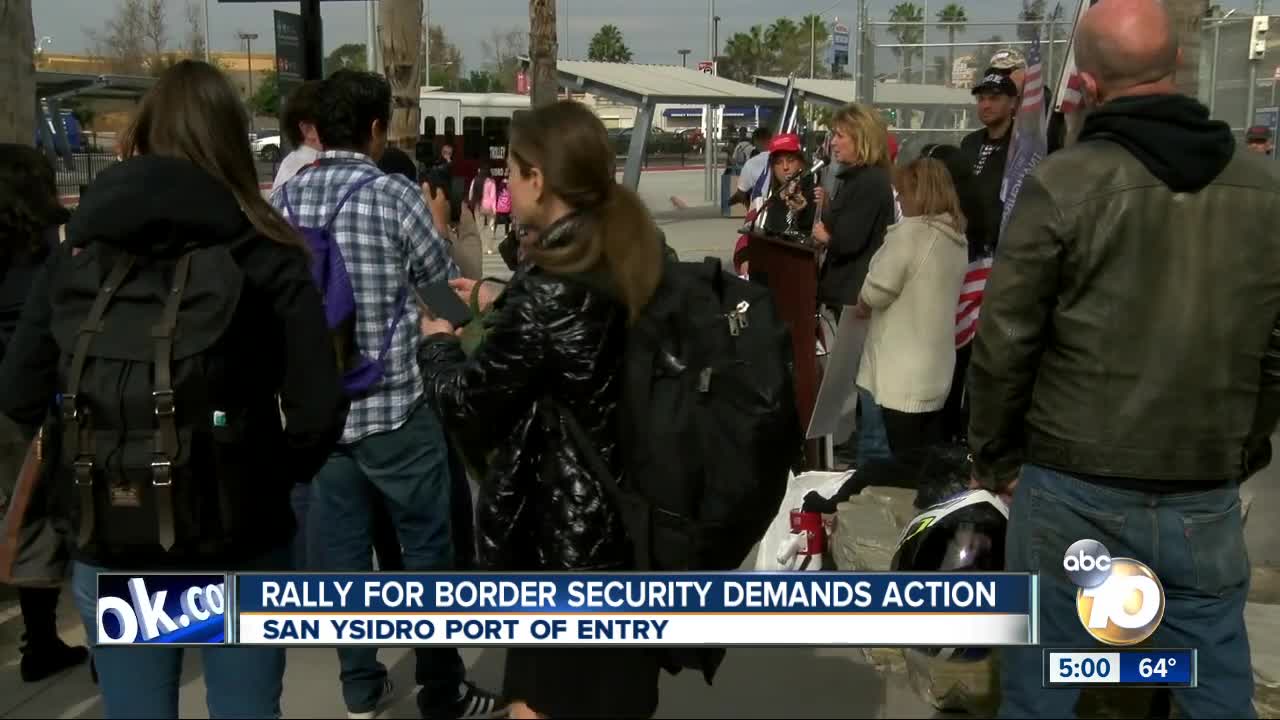 One of the groups, Angel Families, made up of mothers who lost their children at the fault of undocumented immigrants, came from across the nation to share their stories.

Kathy Hall grew up in Seal Beach, California and flew from Colorado to speak Friday. Her daughter Hailey was 18-years-old when she died in 2016. "Her laugh, she laughed about everything, she was, I'm sorry," Hall wiped away tears as she recalled her favorite thing about her daughter.

Friday she held three photos, one of her daughter in black and white, another in color of the dent on the truck that hit her, and the third, a photo of her daughter in a hospital bed, with cuts on her face, in a neck brace, minutes before she passed.

"It was a 35 mile an hour zone and the man was going 71, hit them from behind, Hailey was the passenger so she took the brunt of the impact, she was on the hood of the truck for more than 200 feet, the man swerved into the other lane trying to knock her off, " Hall said the boy friend who was driving was pinned under the truck and the driver didn't stop, cutting his legs off in the crash.

Hall showed 10News a video from a nearby business that shows sparks flying as the truck continued to drive away.

Hall was one of a handful of mothers with similarly heart-wrenching stories, holding photos of their babies.

Mother Angie Morfin Vargas came from Texas. Her son was 13-years-old when he was killed in 1990. "The guy who killed him was 19 years old, he was a man already. Why would a man grab a little boy by the shoulder and shoot him in the back of the head?"

Her parents are Mexican and she says she's been criticized for supporting the President and the border wall, but she says she was cheated. He was her oldest son.

"Know that every one of us," Hall said, pausing to regain composure, "has given the ultimate sacrifice of our children."

The passion from these mothers met with boos from passersby at the Port of Entry. The small group stood, undeterred.

"These are preventable you know if they would come here legally, things would be a whole lot different," Hall said she sympathizes with the migrant caravan, she just wants everyone vetted first.

"America is not safe, we were in small town Arkansas when my daughter was killed," Hall said.

Some protesters were concerned about backlash, and were thankful San Diego Police Officers were watching the rally.

America First will hold another rally Saturday, at 11 a.m. on the pedestrian bridge.