Mother upset about 'lunch shaming' at an Indiana school 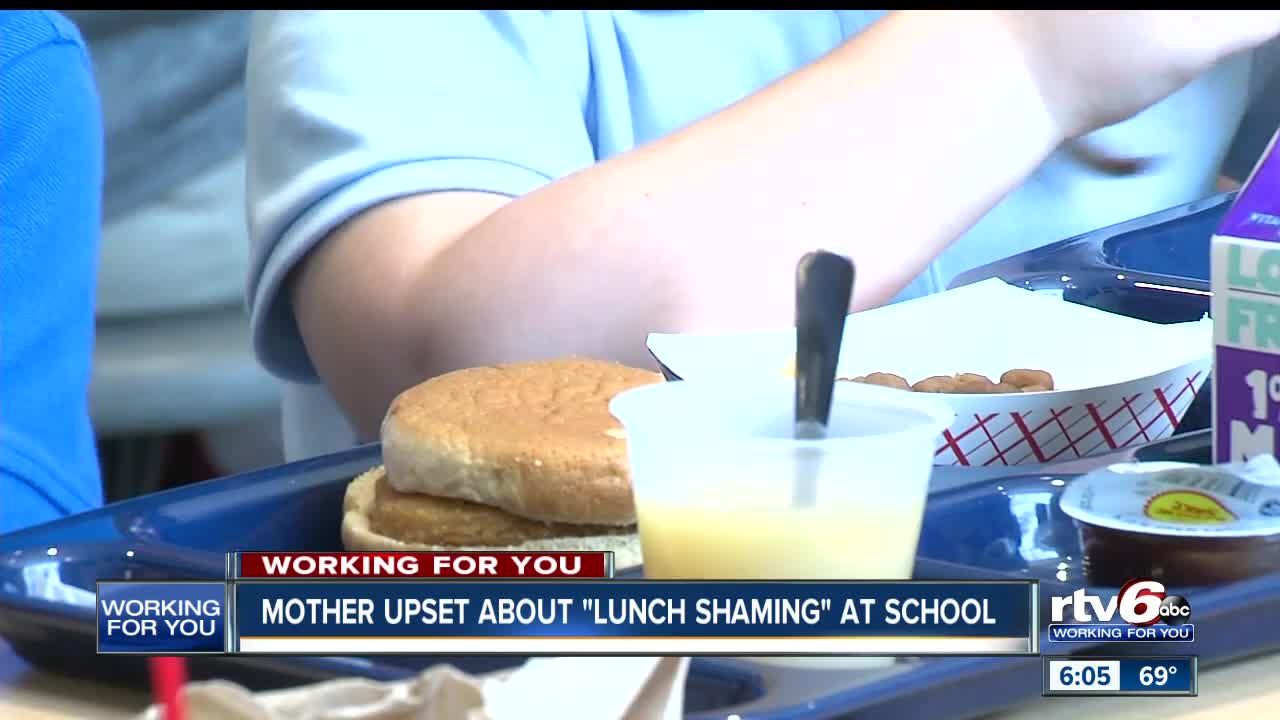 A mother is talking with RTV6 after she says her kids were denied food at school because they didn't have enough money on their accounts.

A Lebanon, Indiana, mother is upset after she says her kids were denied breakfast and "lunch shamed" because they didn't have enough money on their account.

"You should never take food away from an innocent child," Lawson said. "It's awful."

Lawson didn't put more money on their accounts in time and says their food was taken away from them in front of everyone.

"The lady took their food from them in front of everyone in the lunch room and told them because they didn't have money on there that they were not allowed to eat," Lawson said. "There were kids snickering in the back of the line, made them feel very uncomfortable. I can only imagine how they were feeling."

While students are not allowed to buy anything when there's no money on their account, Lebanon Community Schools says students have an alternate menu option available to them.

When a student's balance is low, the schools notifies the parents twice a week.

Schools send home a letter explaining the process of applying for free or reduced price meals when a student's balance goes in the negatives.

"But before we could put money on there, they decided it was ok to snatch away my kids breakfast both of them in front of everyone," Lawson said.

Some schools in Central Indiana, like the Greenfield Central Community School Corporation, have changed their policies to prevent what's called "lunch shaming."

Lebanon Community Schools says they are reviewing their policies and procedures to ensure students and families are being served and welcome the opportunity to assist families with questions regarding food services and payment.

This article was originally written by Stephanie Wade for WRTV.