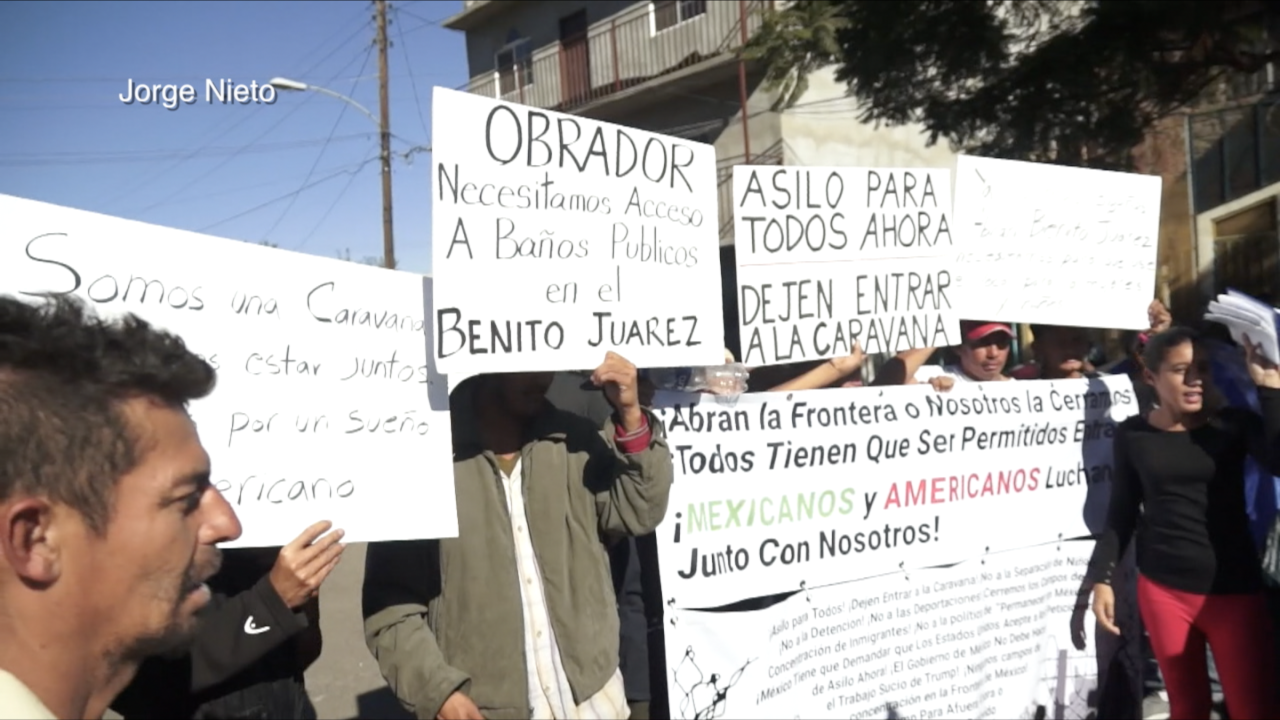 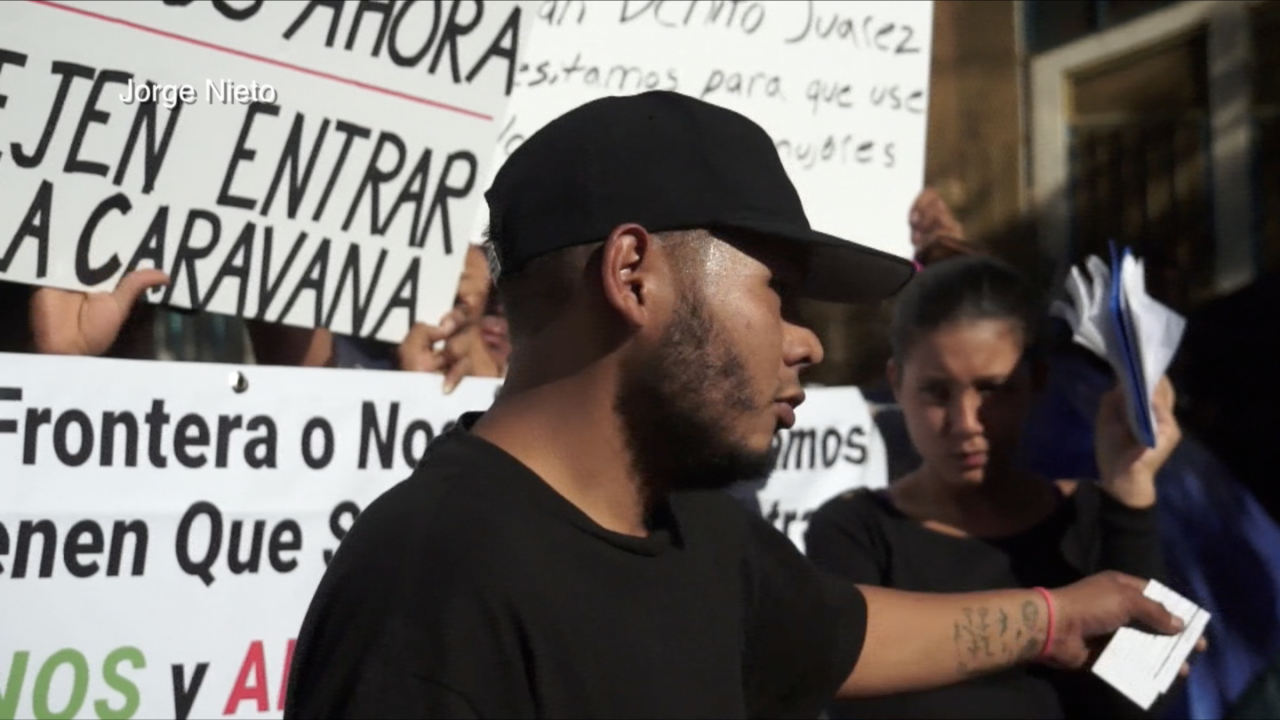 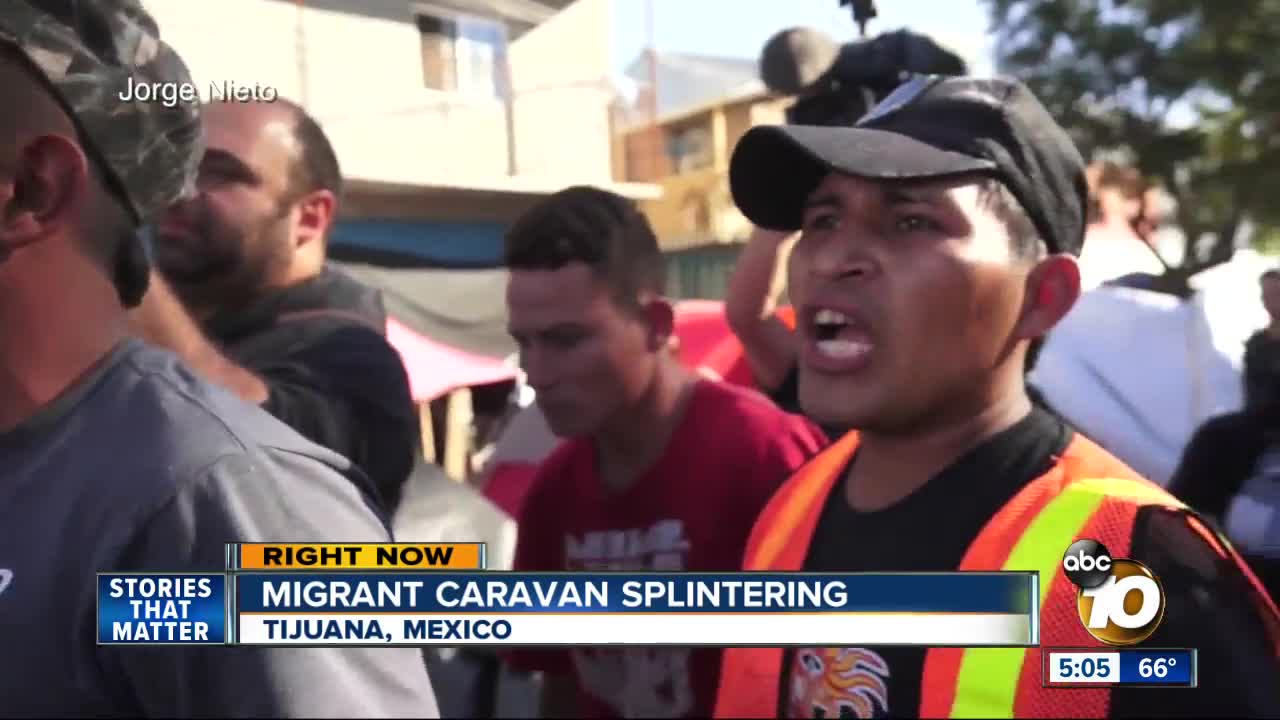 TIJUANA, Mexico (KGTv) - A group of about 500 self proclaimed migrants from the caravan demanded more public restrooms and the Benito Juárez Stadium be reopened for them to sleep in Thursday.

Before the planned press conference, a Honduran yelled at a French activist, calling him an infiltrator. The man defended himself, saying he was there trying to protect the community.

Later during the press conference two men yelled at the group telling them to leave. Later Thursday, a humanitarian offered a warehouse for the migrants to sleep in.

This all two days after a different group of 100 migrants demanded entry into the U.S. or $50,000 each to return to their home country.

Related link : Migrants demand entry or $50,000 during march to US Consulate in Tijuana

In the U.S. some American sympathy is drying up after hearing these demands, "what a joke, what gives them the right to blackmail our country, our president, to give them $50,000? Are you kidding me? Who does that? Criminals?" Agnes Gibboney walked their path. She was born in Hungary and her family tried twice to escape.

The first time, when she was two, she woke up and started crying, causing them to get caught. She said everything was taken from them. Gibboney said the second time they escaped, an aunt drugged her so she would sleep through the escape.

They lived in Brazil for more than a decade and came to the U.S. via her father's Green Card. "My heart goes out to them, but this is not how you do it, because if you do have a legitimate refugee issue, you go to the port of entry, you go to the embassy in your state in your country," she said.

Her feelings on border security solidified in 2002, when her son was shot and killed by a man she calls a coward, gangster and undocumented. "He was going to shoot my son's friend in the back, because they got into fights and he wanted to get even," she said the bullet was not meant for her son, a father of two.

The pain she says, has never gone away, "my world.... my world just collapsed."

She believes all immigrants must be vetted to protect our nation.

She will be speaking Friday at a press conference held by families that have been traumatized like her, at 11:30 a.m. at the San Ysidro Port of Entry.