Man survives being shot 8 times, gunmen on the loose 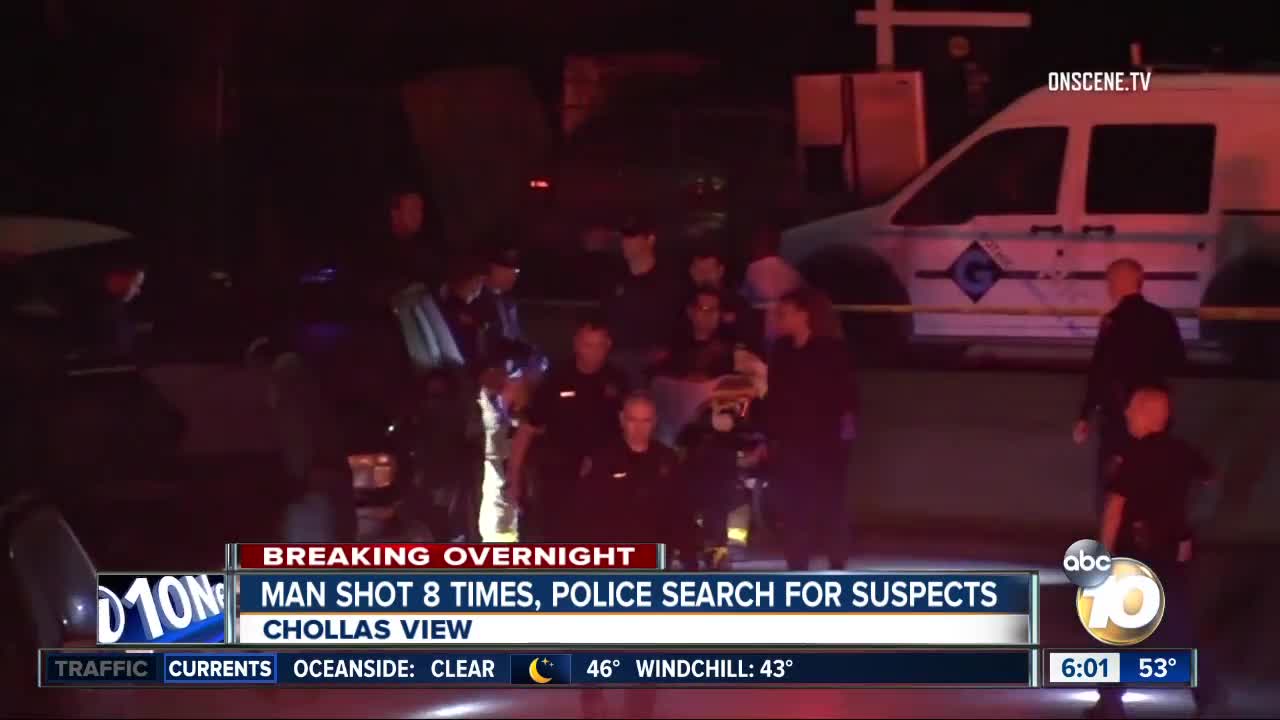 The shooting happened at around 12:20 a.m. at 4700 Uvas St. in the Chollas View neighborhood between 47th and Market streets in San Diego.

A 27-year-old male victim was standing on the sidewalk when a white sedan pulled up, said SDPD officer Robert Heims. Two Hispanic males got out of the vehicle and fired several rounds at the victim, striking him eight times.

The suspects got back in the car and fled northbound 4700 Uvas St., said Heims.

The victim was transported to the hospital and with non-life-threatening injuries. No other information about the victim or his injuries was released at time.