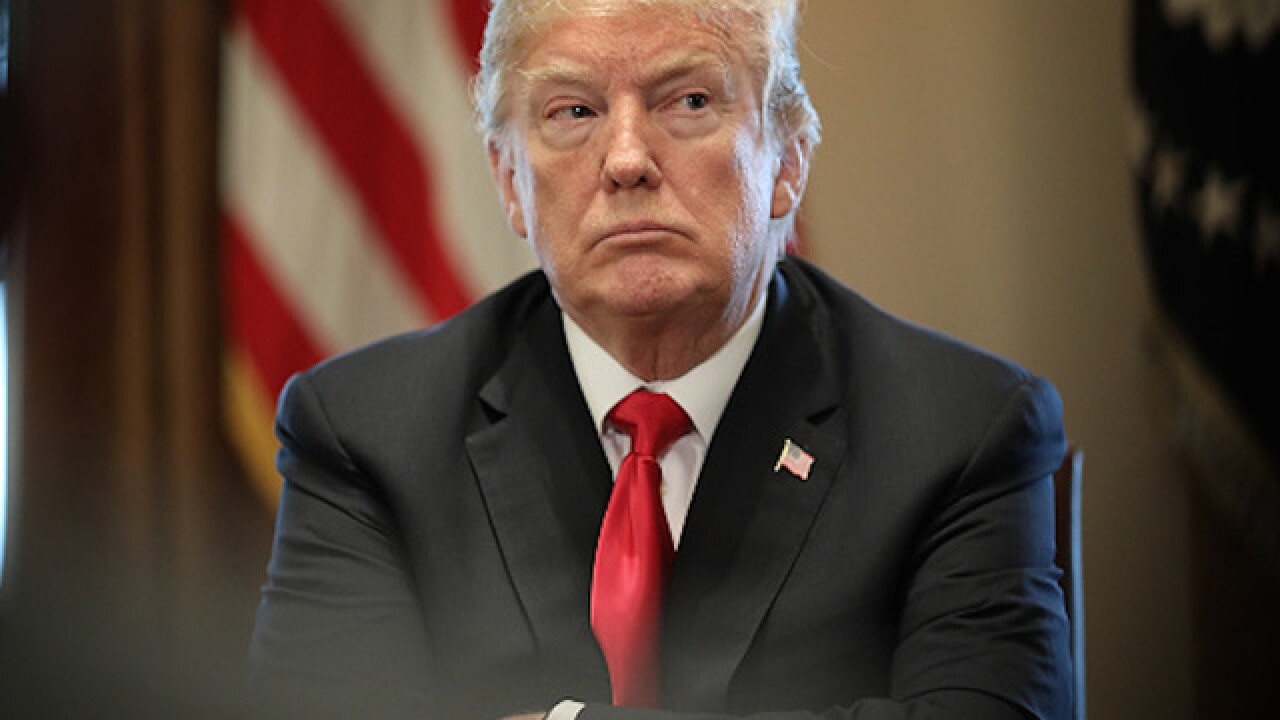 Image copyright 2018 Getty Images. All rights reserved. This material may not be published, broadcast, rewritten, or redistributed.
Win McNamee
<p>WASHINGTON, DC - MARCH 01: U.S. President Donald Trump participates in a meeting with leaders of the steel industry at the White House March 1, 2018 in Washington, DC. Trump announced planned tariffs on imported steel and aluminum during the meeting, with details to be released at a later date. (Photo by Win McNamee/Getty Images)</p>

Attorney General Jeff Sessions, speaking at a law enforcement event in Sacramento Wednesday, said the Trump administration's lawsuit against California over so-called "sanctuary cities" was to "invalidate these unjust immigration laws" because the state's laws are a "violation of common sense."

Sessions told those in attendance at the California Peace Officers Association's Legislative Day that the state has "a problem" and told California officials to "stop actively obstructing law enforcement … stop protecting lawbreakers."

The attorney general singled out Oakland Mayor Libby Schaaf, who recently issued a public warning of an impending immigration raid in her city. Sessions claims that Immigration and Customs Enforcement officers "failed to make 800 arrests" because of Schaaf's statements.

Sessions said, "For example, the mayor of Oakland has been actively seeking to help illegal aliens avoid apprehension by ICE. Her actions support those who flout our laws and boldly validate the illegality. There’s no other way to interpret her remarks. To make matters worse, the elected Lieutenant Governor of this state praised her for doing so. Bragging about and encouraging the obstruction of our law enforcement and the law is an embarrassment to this proud and important state."

So here’s my message to Mayor Schaaf: How dare you. How dare you needlessly endanger the lives of law enforcement just to promote your radical open borders agenda," Sessions added.

"California is using every power it has -- and some it doesn’t -- to frustrate federal law enforcement. So you can be sure I’m going to use every power I have to stop them," the attorney general said.

“This is basically going to war against the state of California”

Gov. Jerry Brown responded to U.S. Attorney General Jeff Sessions' remarks regarding the Trump administration's lawsuit against California, saying it was unprecedented for" the chief law enforcement of the United States to come out to California and act more like Fox News than a law enforcement officer."

Brown's comments came less than an hour after Sessions blasted California officials during an appearance in Sacramento.

"What Jeff Sessions said is simply not true and I call upon him to apologize to the people of California for bringing the mendacity of Washington to California," Brown said.

Brown later added, "Like so many in the Trump administration, this attorney general has no regard for the truth."

Law enforcement is a dangerous job for any agency. The National Border Patrol Council says current California laws make it even worse.

Opponents of sanctuary cities say they obstruct enforcement and shield criminals from ICE.

ICE has vowed to increase its presence in California.

Attorney General Jeff Sessions is threatening to cut off funding to jurisdictions that don’t cooperate with federal immigration laws.