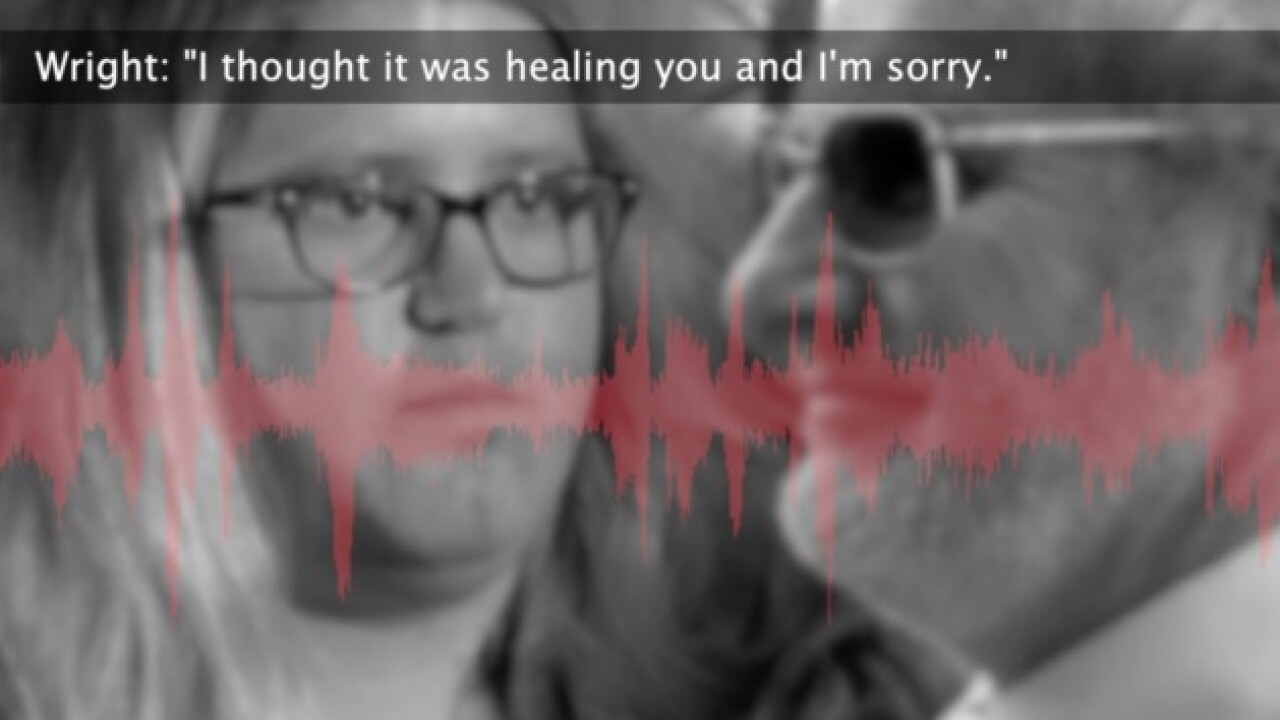 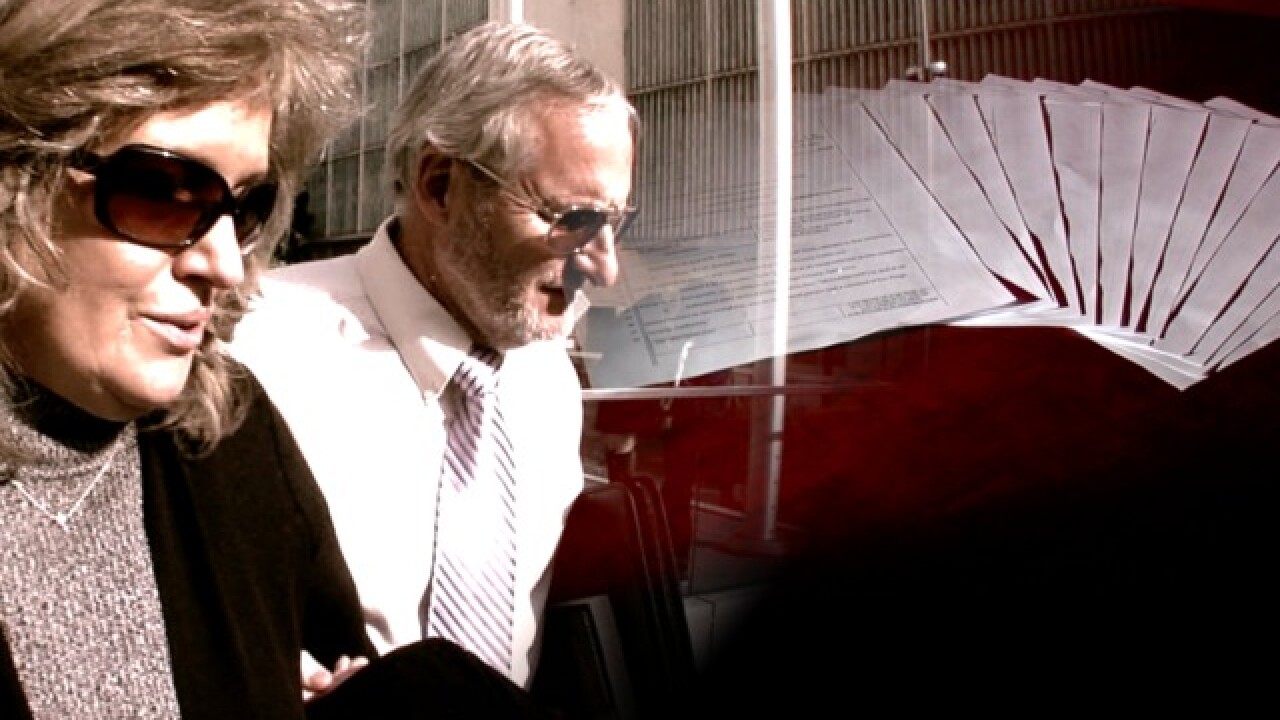 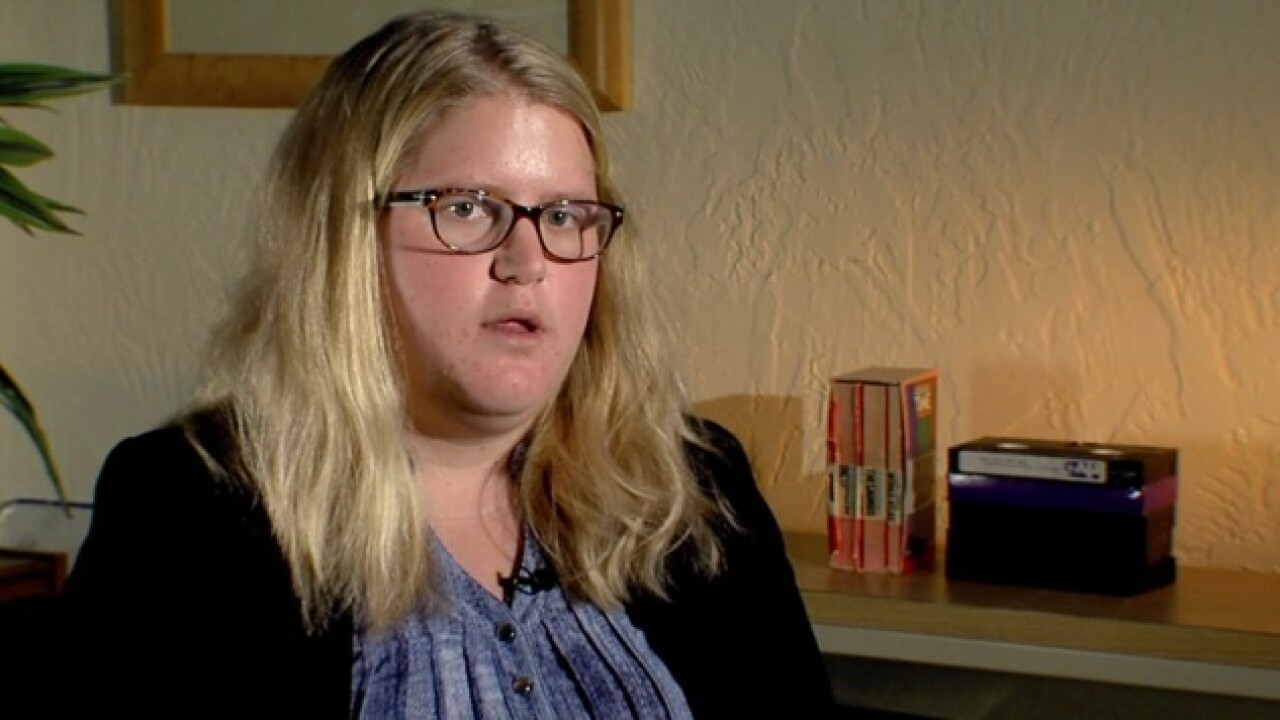 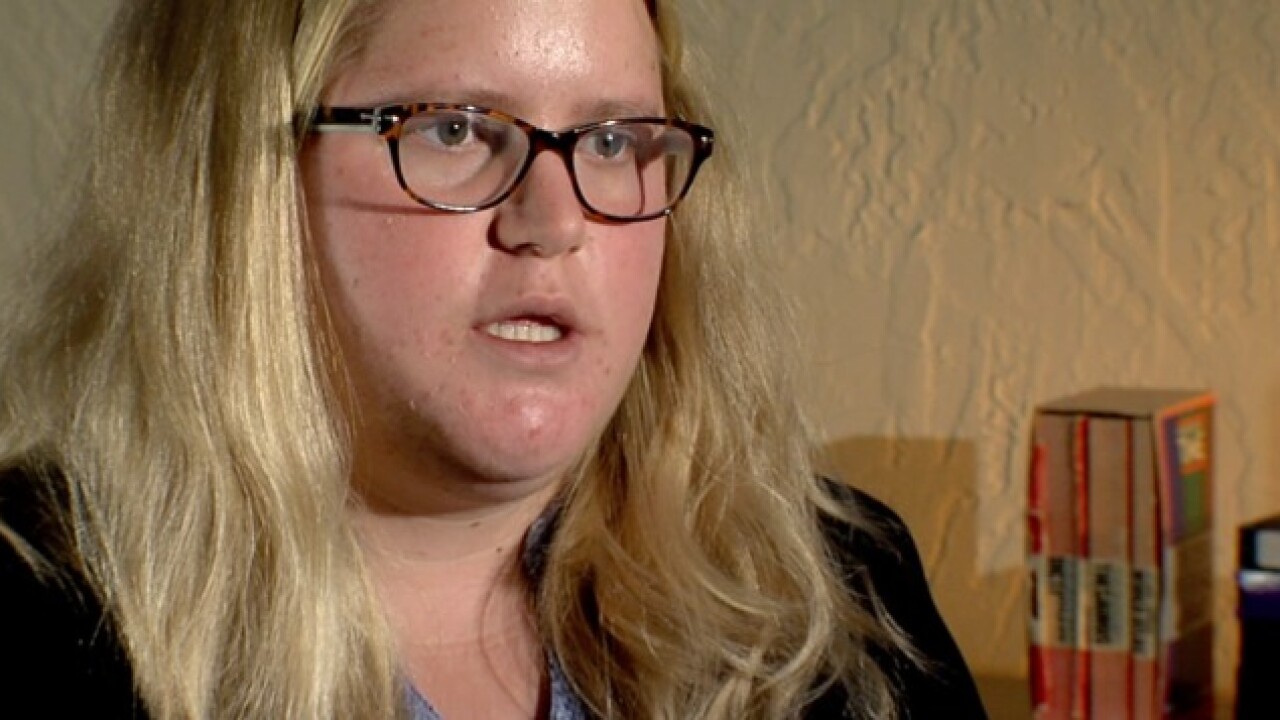 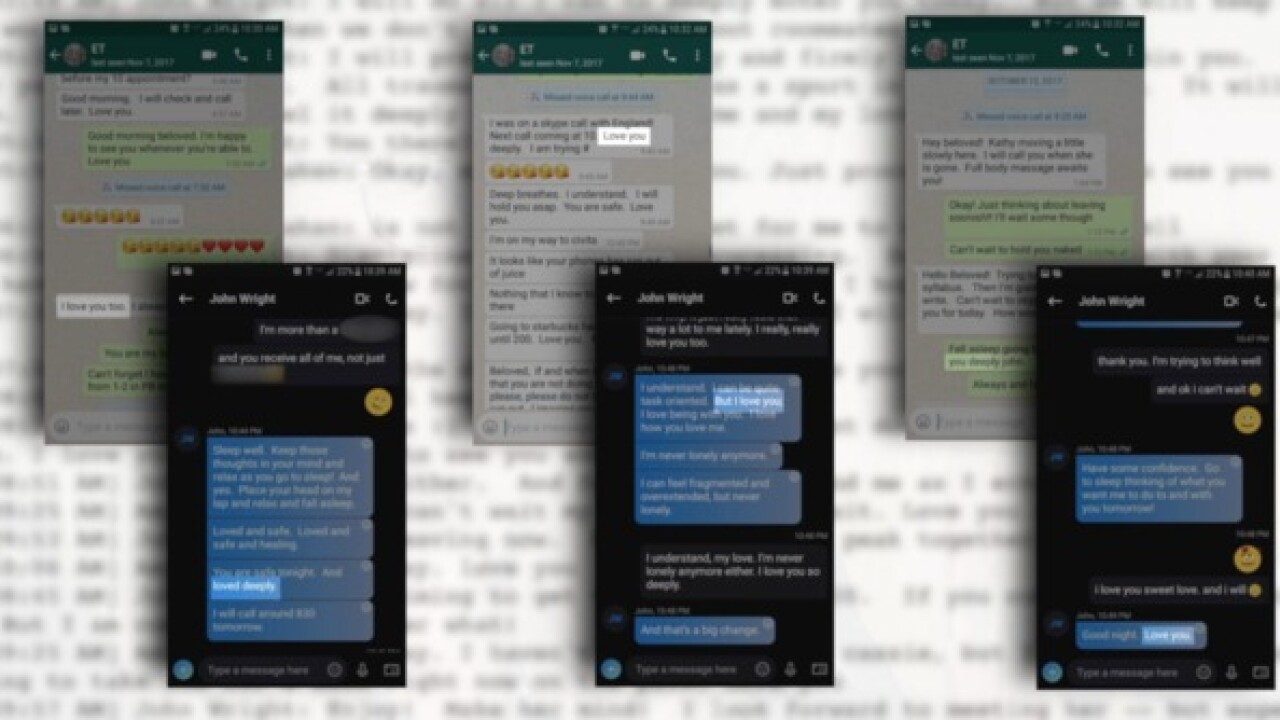 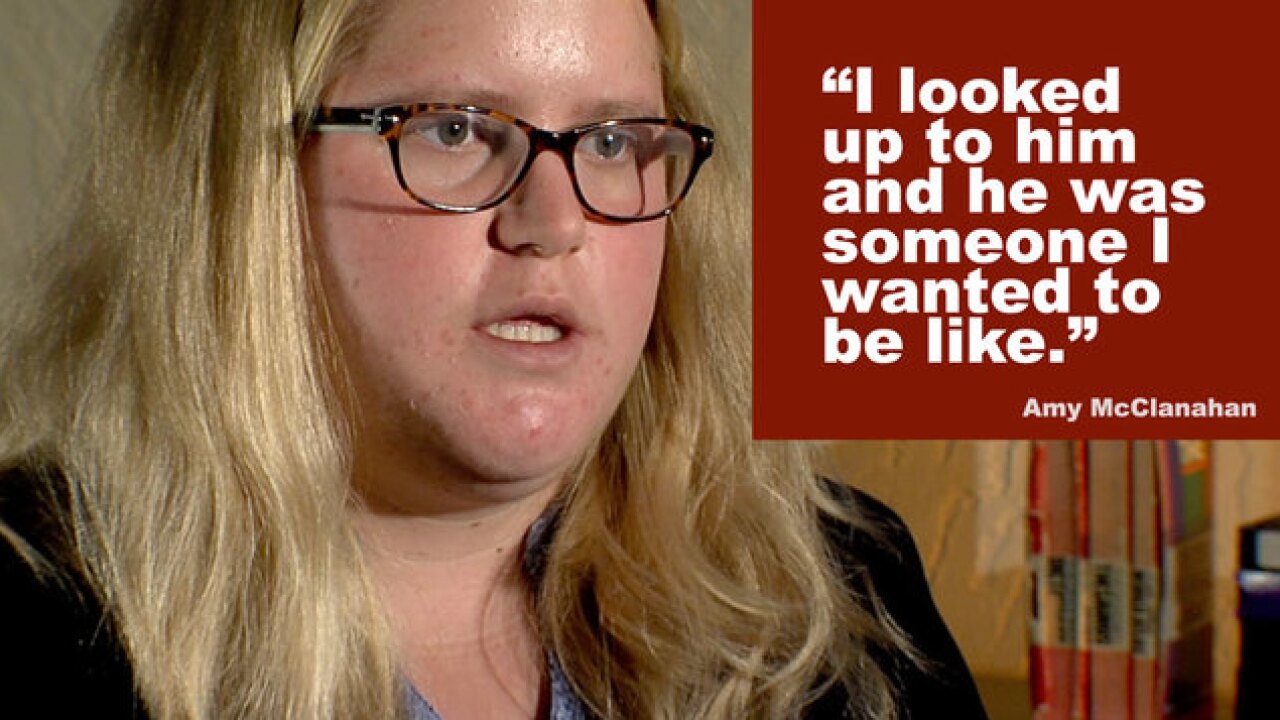 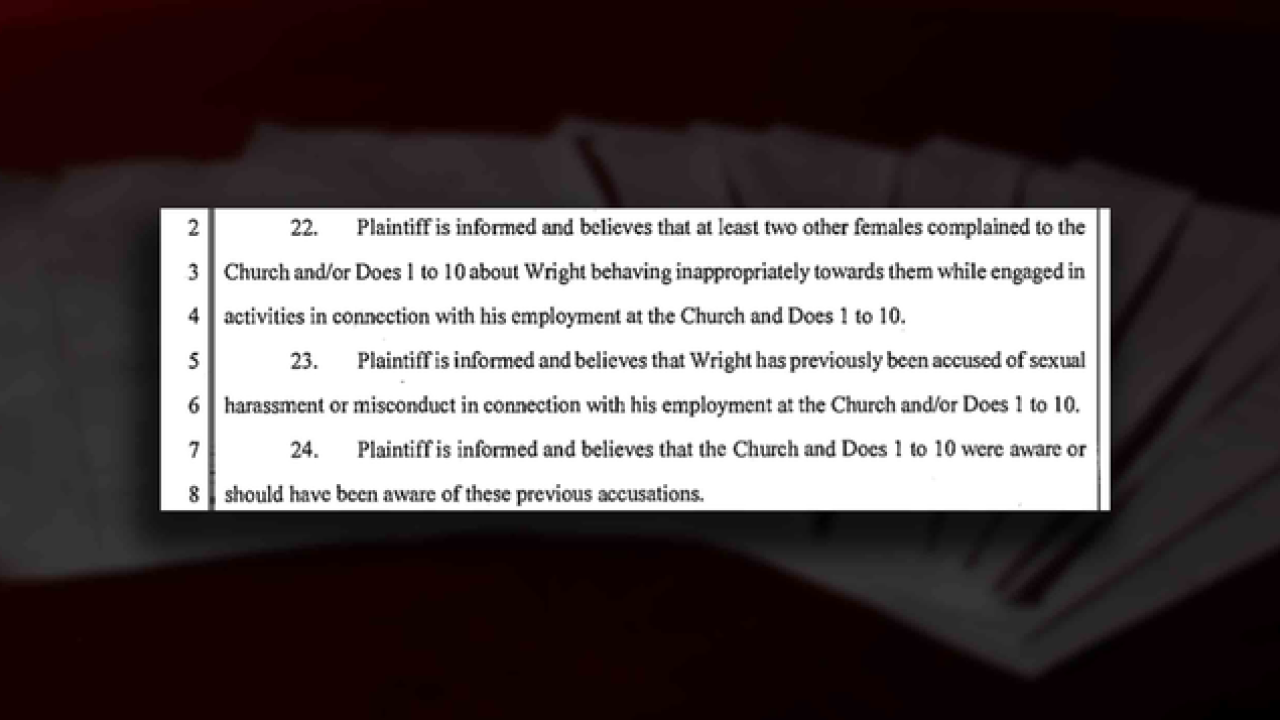 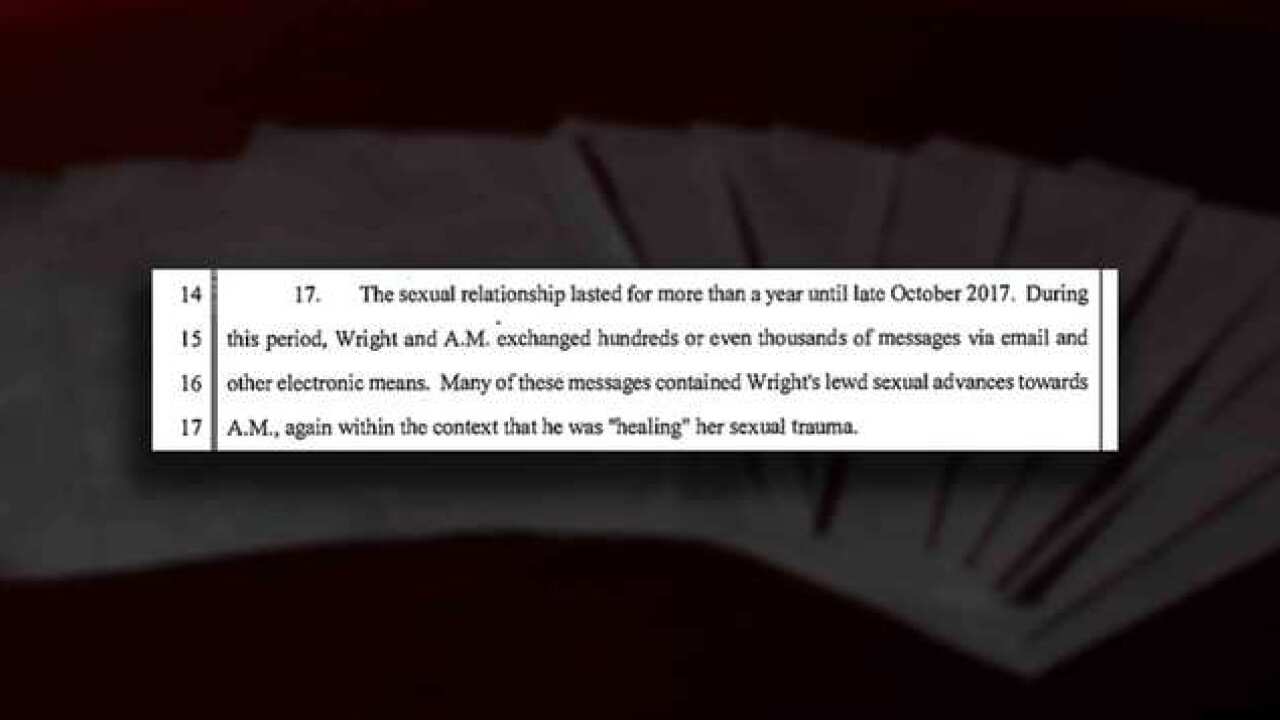 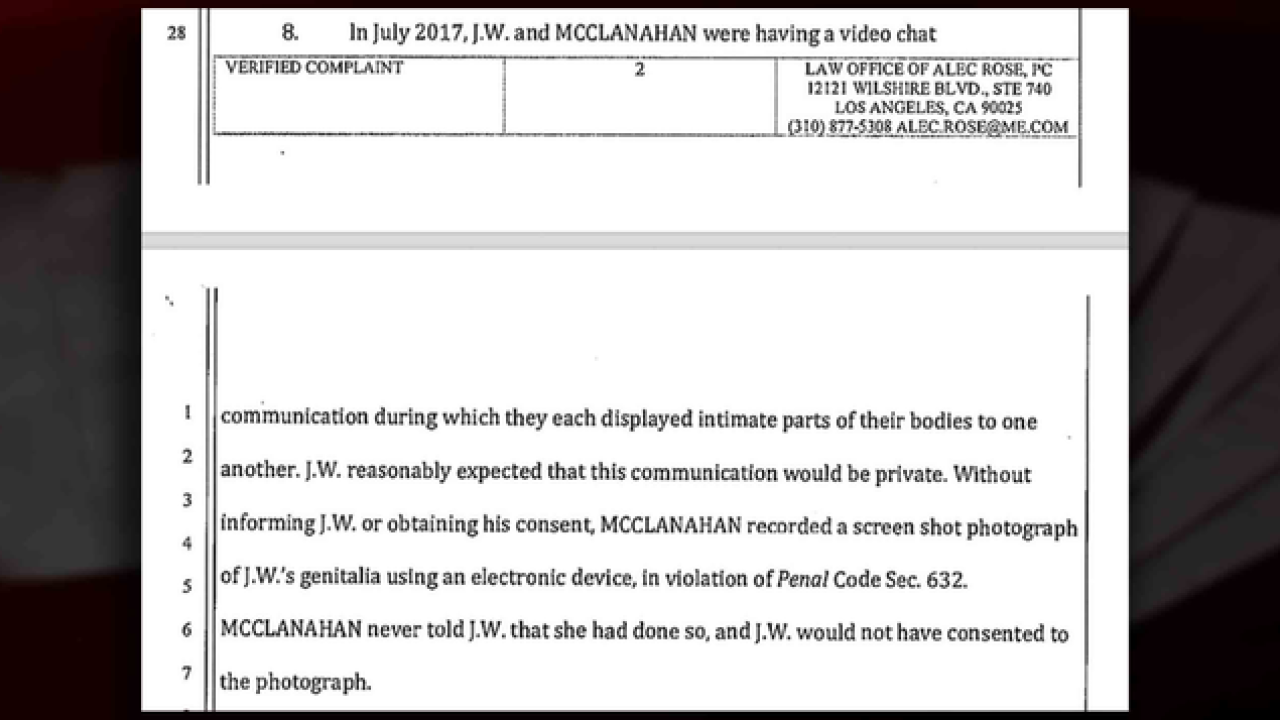 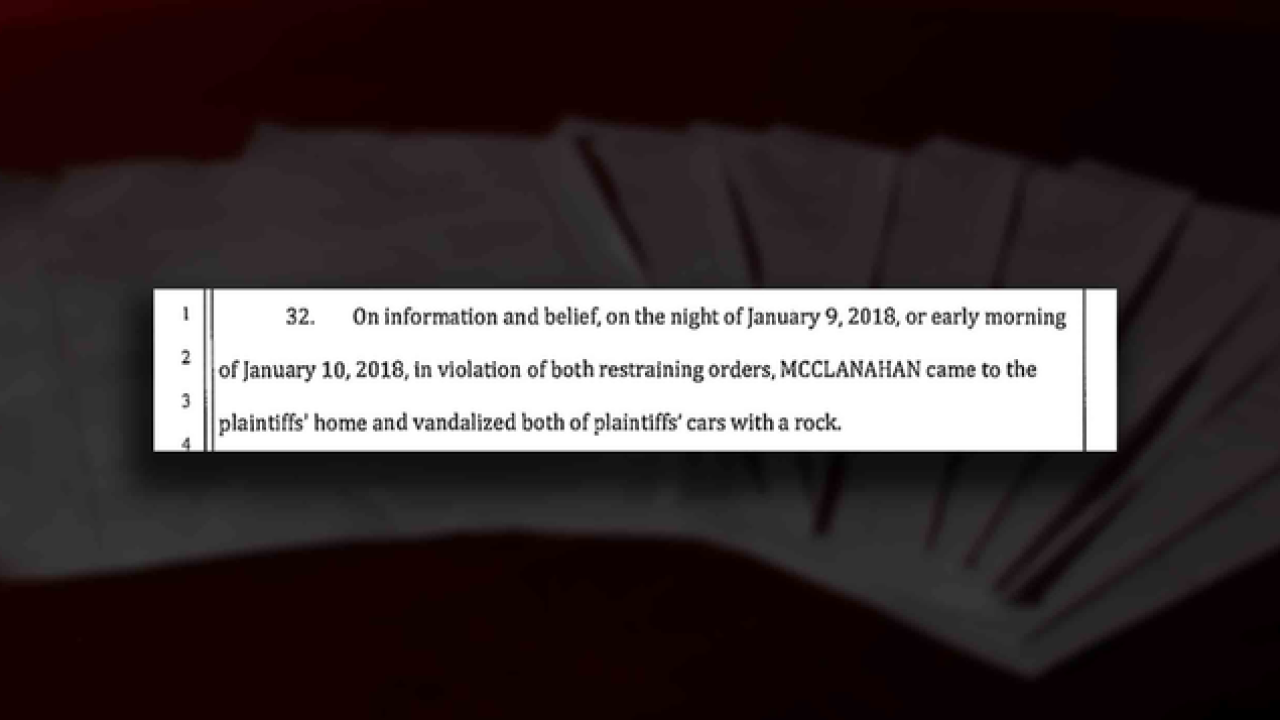 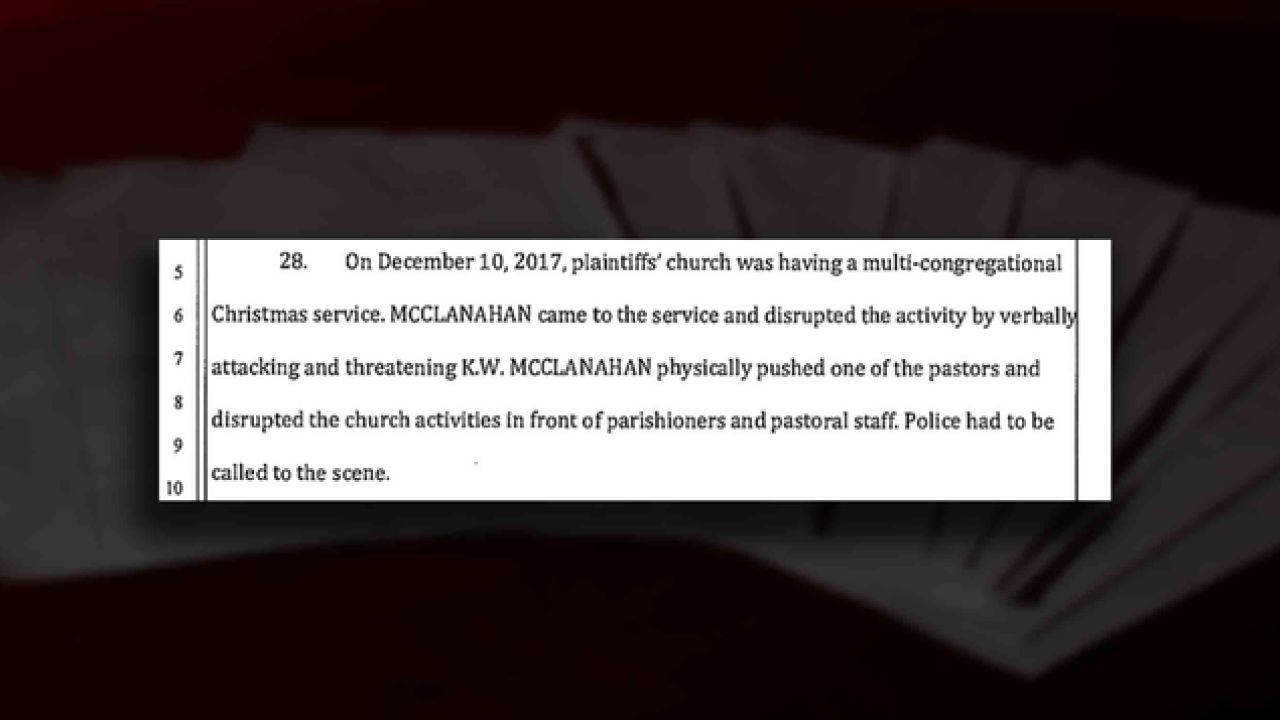 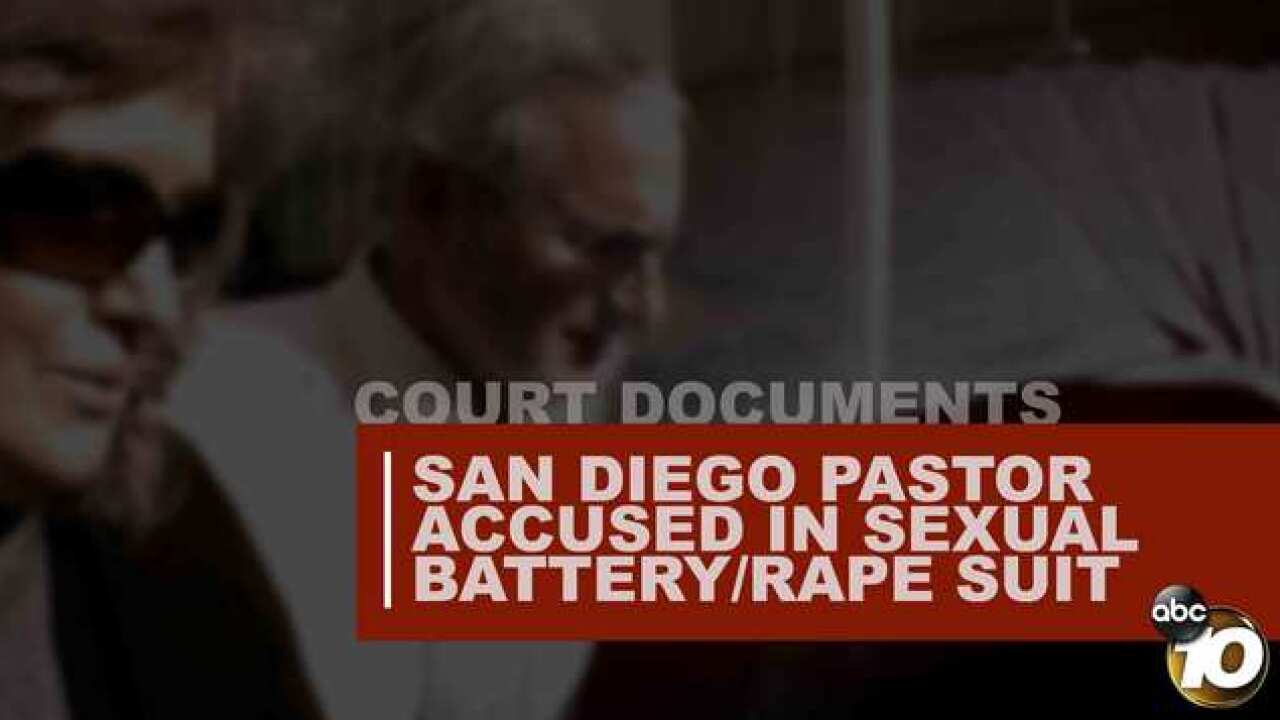 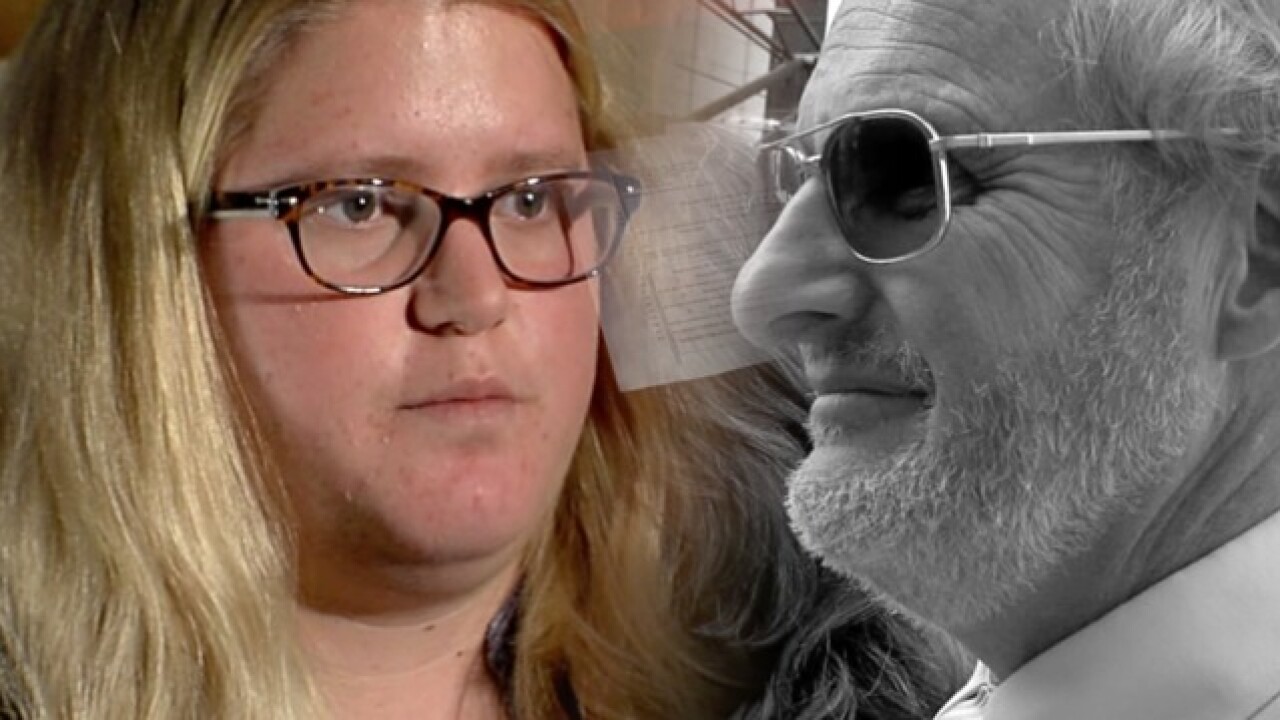 In an exclusive interview with 10News, a young San Diego woman says her former pastor and professor manipulated her to repeatedly have sex with him, claiming it was the way to treat her PTSD. He’s firing back, blaming her for illegal recordings and harassment.
23-year-old Amy McClanahan tells us her story is painful and often embarrassing, but says she decided to speak on-camera as a way to empower other victims to come out of the shadows.

“When it came to us having sex, he said it was healing for me. [It was] healing my past trauma and I foolishly believed him." - Amy McClanahan.

She says she thought she could trust John Wright because he was her pastor and professor. Now she’s suing him for sexual battery and rape, among other complaints.
McClanahan says she met Wright four years ago while he was her professor at Point Loma Nazarene University.
“I took a class from him and he offered up that I could come to his church,” adding, “I looked up to him and he was someone I wanted to be like.” She’s referring to Church of Nazarene in Mid-City, where Wright and his wife were pastors.
Amy became a member of the church and says she eventually told Wright her secret. “She had a rough childhood,” says McClanahan’s attorney, Dan Gilleon.
The lawsuit describes how McClanahan had been the victim of long-term childhood sexual abuse and suffered PTSD, but Wright offered to help “heal” her. 10News asked McClanahan if she thinks Wright singled her out. “I think he did because I was in a very vulnerable state,” she replies.
Soon McClanahan and John Wright exchanged emails and began meeting at coffee shops and parks, according to the lawsuit. McClanahan adds, “He would want to hold hands while we were talking and I was kind of ‘weirded out’ but I thought it was okay because he was my pastor.”
The relationship then turned into a sexual one, according to the lawsuit. McClanahan provided 10News with numerous texts between the two that revealed graphic details of their intimacy.
In several text exchanges , they’d profess their love for each other. McClanahan provided another instant message she claims was from Wright. It reads in part, “…all the trauma will wash away…” as he performs a sexual act on her. It is followed by, “I promise.”

The lawsuit claims that Wright convinced McClanahan to have a sexual relationship to heal her from her childhood sexual abuse. “He duped her into thinking he could somehow heal her and she went along with it and in the process [she] somehow got horribly injured,” he adds.

Meanwhile, John Wright alleges to be a victim, too, and so does his wife. We were outside the San Diego Superior Courthouse while John Wright was leaving a restraining order hearing, but he wouldn’t talk to us. Both he and his wife have been granted temporary restraining orders against McClanahan.

The couple is also suing McClanahan for recording confidential information and intentionally inflicting emotional distress. McClanahan provided us a copy of an audio recording that the Wrights are claiming she obtained illegally. McClanahan says it was taken during the fallout of her affair with John Wright.

In the recording, McClanahan identifies a man’s voice as Wright, saying, “I thought I was healing you,” and apologizing several times. In the exchange, McClanahan asks Wright if he recognized how uncomfortable she was with their sexual relationship, given she viewed him as her mentor.

The Wrights’ lawsuit against McClanahan

The Wrights’ lawsuit against McClanahan accuses her of constantly harassing and disturbing the Wrights, once the sexual relationship between John Wright and McClanahan stopped.

Part of the lawsuit reads, “…she intended to get revenge against [John Wright] for ending his relationship with her…”

McClanahan says that’s all a lie.

The Wrights’ attorney declined our multiple requests for an interview, but in part of a statement he wrote, “…Ms. McClanahan is attempting to use [the media] as a tool to humiliate, defame, and harass the Wrights…” He added, “…her cause has no merit…” Gilleon tells us, “Unfortunately, in this world, we've seen it many times. What happens to the woman who comes forward is she gets attacked.”

Point Loma Nazarene University has suspended John Wright, as it conducts its own investigation.

McClanahan is also suing Church of Nazarene in Mid-City for negligently hiring and supervising John Wright. He is currently not listed as a pastor on the church website.