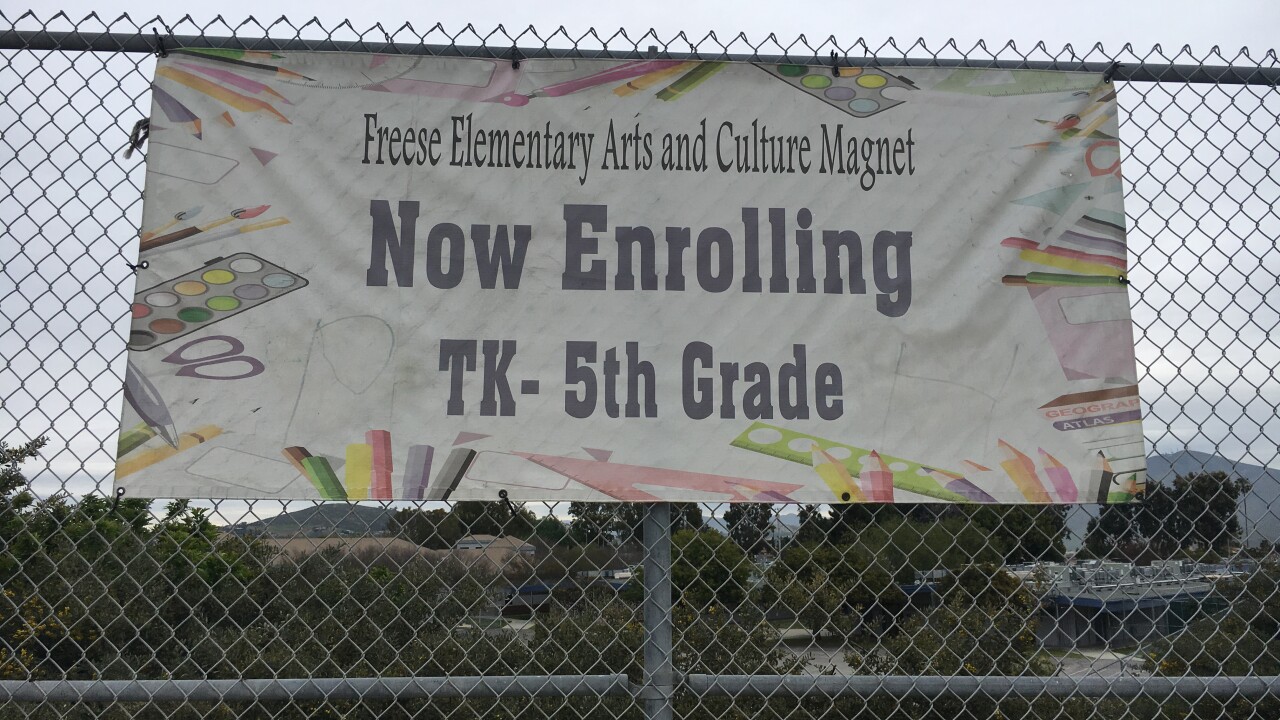 Copyright 2019 Scripps Media, Inc. All rights reserved. This material may not be published, broadcast, rewritten, or redistributed.
Jim Patton

SAN DIEGO — SAN DIEGO (KGTV) -- A Skyline father is looking for answers after a live round was found under his son's desk at school. He wants to know why all parents weren't notified immediately and what the school is doing about it.

"Any one of these kids could have been hurt by it. And what if there's more floating around?"

Victor Rivera says Monday he was called by the school principal about a live round -- a bullet still capable of being fired -- found under his son's desk at the campus located at 8140 Greenlawn Dr. in the Skyline neighborhood.

"She said he dropped a pencil under his desk. Went down to pick up the pencil, and the teacher's aid happened to look up and notice a round underneath Aden's desk."

Rivera says the southeast San Diego school has questioned his son four times about the bullet and the 8-year-old has consistently said he knows nothing about it.

"Here's the problem. I live right around the corner from the school. Wednesday night we heard gun shots from the vicinity of the school. A police helicopter was out. Police cars were out."

VIDEO REPORT: Woman dies after being shot in a Skyline intersection

Rivera believes the unspent round may have been found on campus ground by a student. And he thinks there may be others out there presenting a danger.

"There's a hundred different ways a round can go off other than just putting it in a gun," said Rivera.

He believes the school grounds should be searched. And all parents notified about what's going on.

"My secondary question is whether or not it was in my son's possession," said Rivera. "My first question is why are you not taking steps to insure these kids are safe?"

The San Diego Unified School District sent 10News a statement saying in part, the district’s “school police department and quality assurance office are investigating the discovery of the unused bullet”.

“No weapons or additional bullets were discovered,” the district added.