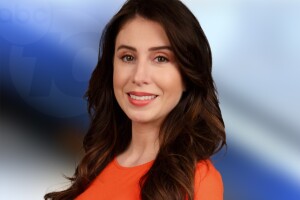 Lindsey Pena is an Emmy award winning journalist who is thrilled to be in beautiful San Diego. She joined the 10News team in April of 2017 as a reporter and anchor of 10News at 5 p.m.

Prior to that she was in Fresno, Calif. where she anchored the weekday evening newscasts. Fresno is also where she started her career and the place she’s proud to call her hometown.

After graduating from Fresno State, Lindsey began working on the assignment desk and held a number of other positions in the newsroom before getting that coveted first job as a reporter.

When she’s not covering the news, she’s probably with her dog Carl, a West Highland Terrier who loves being able to go to the beach now that he’s so close.