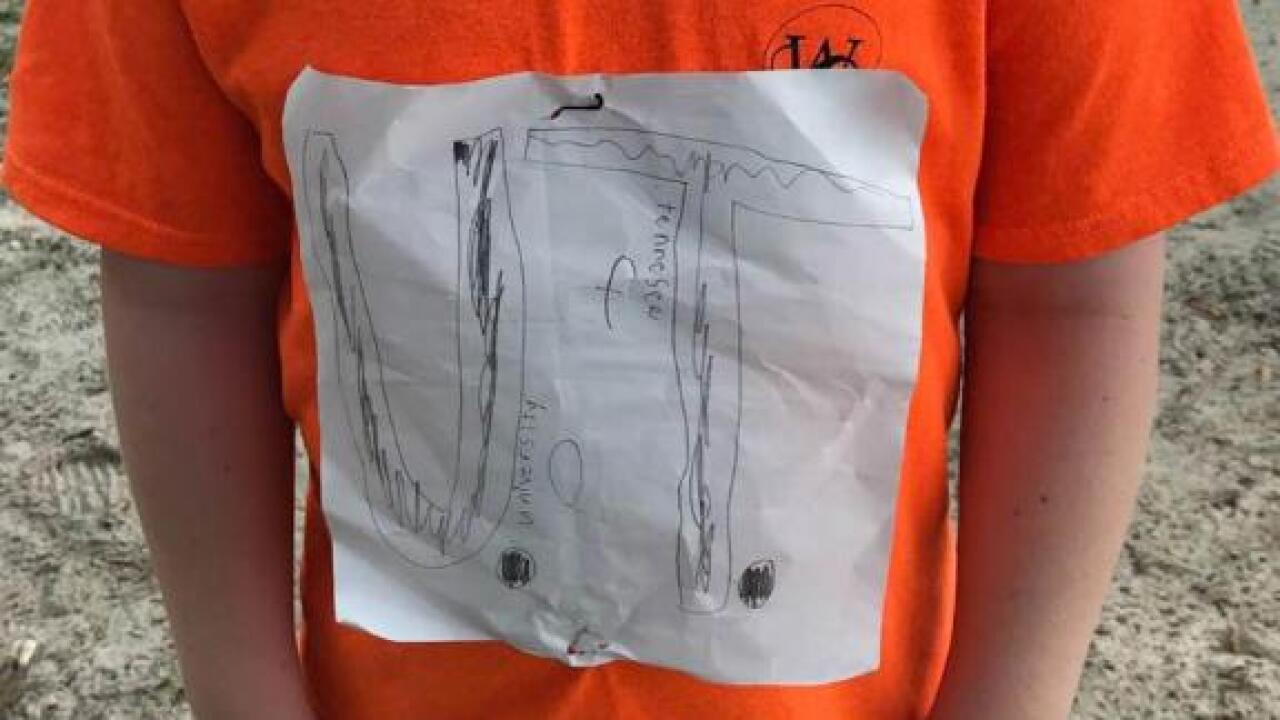 The University of Tennessee offered admission and a four-year scholarship to a young Volunteer fan in Florida who was bullied for his homemade T-shirt.

"In recognition of the fourth-grader's Volunteer spirit, the university has extended an offer of admission for him to join the Class of 2032," the university said in a press release Thursday. "In addition, he has been awarded a four-year scholarship covering his tuition and fees beginning fall 2028 should he decide to attend UT and meet admission requirements."

Last week, a Facebook post by the boy's teacher received thousands of shares when she posted a picture of the shirt he wore for "college colors day."

The fourth-grader didn't own any Tennessee apparel, so drew a "U.T." on paper and pinned it to an orange T-shirt. During lunchtime, classmates made fun of him for his shirt.

Not long after his teacher shared his story, the university reached out to the teacher and asked if they county to send the boy a care package full of apparel.

So impressed with his Vols spirit, the school turned the boy's design into an official T-shirt and will donate a portion of the proceeds to Stomp Out Bullying, an anti-bullying foundation.

Within days, the campus bookstore received more than 50,000 orders for the shirt. Demand was so high the store's website crashed over the weekend.

University officials have been in contact with the boy's mother, who said the family is deeply touched by the overwhelming support from people around the world.

This story was originally published by Caroline Sutton on WTVF in Nashville.