San Diego Pastor embraces change to save his church 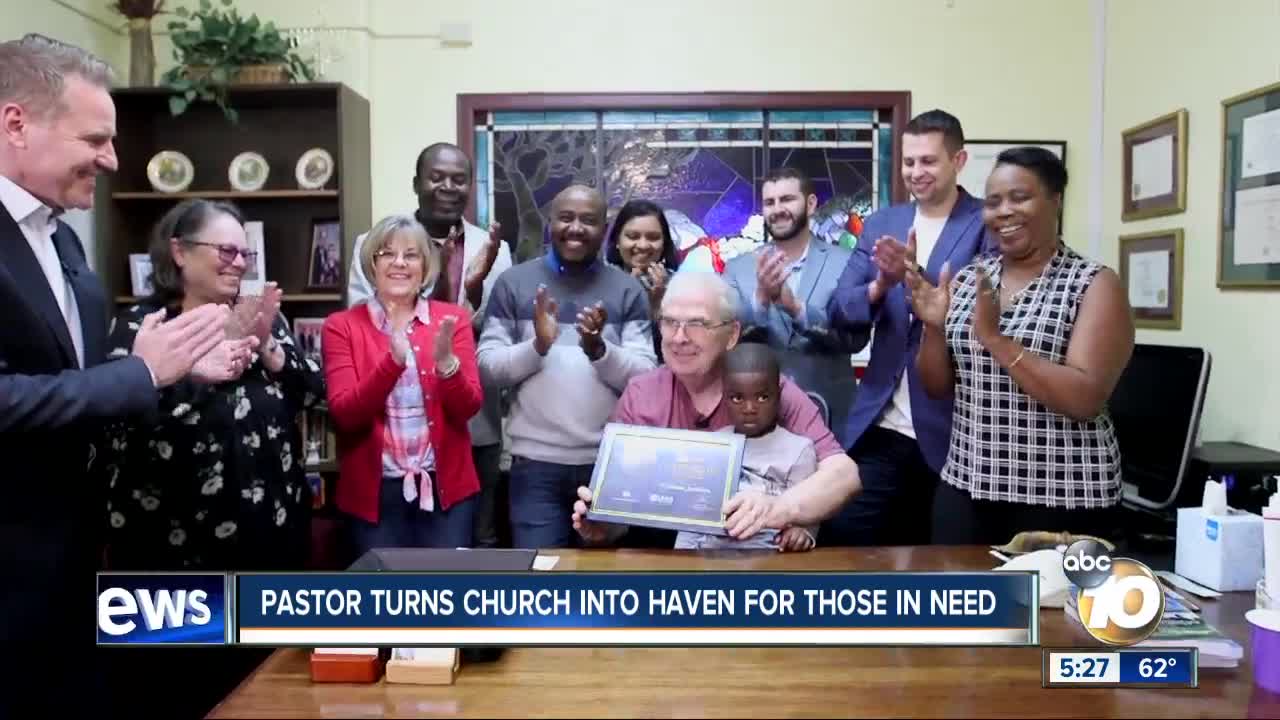 A San Diego pastor was on the verge of becoming one of those victims and almost lost his church. Instead, he found a unique way to embrace the oncoming change and gave his ministry new life.

SAN DIEGO (KGTV) - The ancient Greek philosopher Heraclitus is said to have coined the phrase, “The only constant in life is change.” Like it or not, change happens to all of us. We either learn to embrace it or fall victim to it.

A San Diego pastor was on the verge of becoming one of those victims and almost lost his church. Instead, he found a unique way to embrace the oncoming change and gave his ministry new life.

“When I got here, we probably had 150 members with an average attendance of 175, and every year it was smaller and smaller,” says Pastor Bill Jenkins.

Jenkins arrived at United Methodist Church in the heart of San Diego in 1999. The church was already weak and failing. Like many inner-city pastors, Jenkins was facing the inevitable, a dwindling congregation slowly dying off and the prospect of the church closing its doors. But in 2005, Pastor Jenkins had a life-changing idea.

What Jenkins and his small congregation would come to learn was rather than attending a one-day a week church on Sunday, the building would serve all those in need seven days a week. It now welcomes refugees, immigrants, and asylum seekers.
It serves as a food pantry for the hungry, a clothing donation center, and twice a week it’s a free clinic with medical students from U.C.S.D and Cal State San Marcos. No insurance, no problem, no questions asked.

“So, when people now ask me, ‘What is a Ministry Center?’ It’s easy for me to say we are the 7-day-a-week church,” says Jenkins.

Pastor Jenkins gave his last sermon in the church in 2011, but the chapel is still home to 12 different congregations sharing the word of God.

“Today, we have somewhere between 1200 and 2000 people who come through our doors,” says Jenkins proudly. “So, we flipped the church. We flipped it from being a dead and dying church to becoming an integral part of the community.”

The church wasn’t alone in its transformation; Pastor Jenkins and his family went through one as well. To date, over 7500 asylum seekers have come through the doors of the Christ Ministry Center. Two of them are 5-year-old Harry and his mother.

“You would have a hard time convincing me that he is not an angel in disguise,” Jenkins says with Harry on his lap.

Pastor Jenkins and his wife were so taken with this little boy they decided to adopt him. Now along with Harry’s mother, they co-parent. Pastor Jenkins may have retired from preaching, and his church may have closed its doors, but embracing change and having a love for all people will always be his legacy in the eyes of his God.

“He said, ‘If you welcome the strangers, I will welcome you into heaven,’” says Jenkins.

For his dedication to his community and all those in need, we were proud to honor Pastor Bill Jenkins with the 10News Leadership Award.