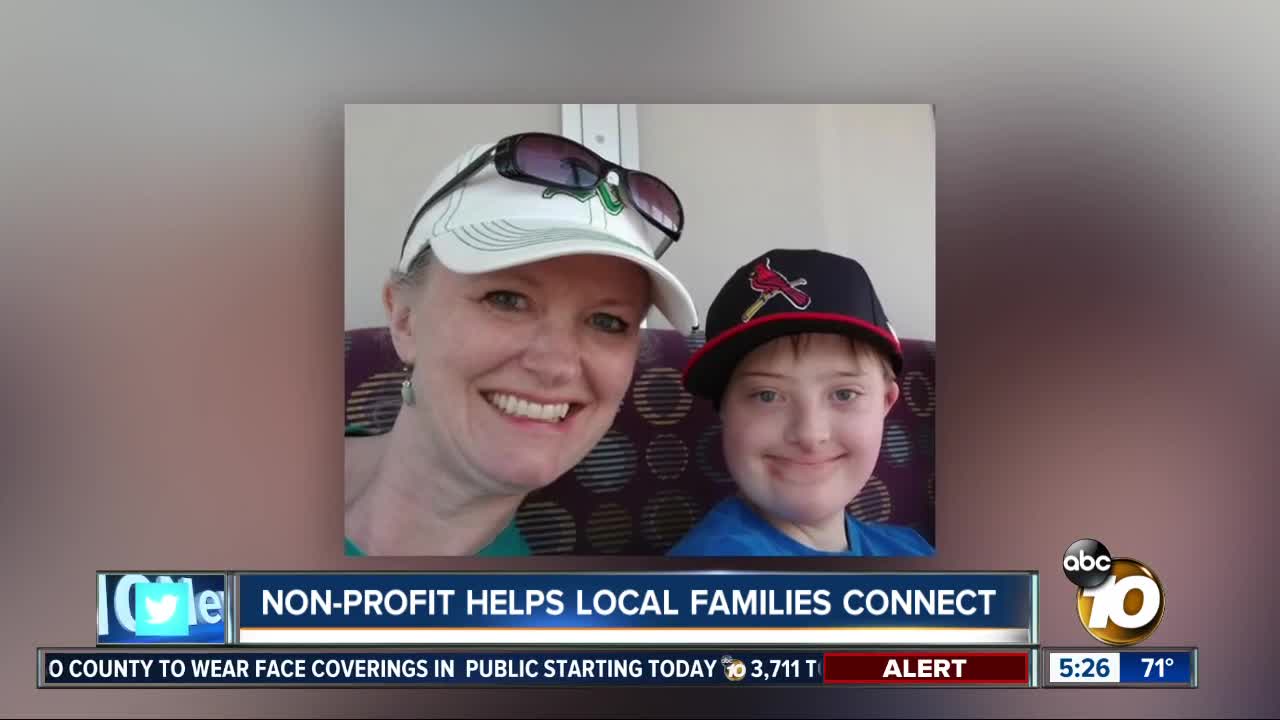 SAN DIEGO (KGTV) -- For a San Diego mother, her newborn son’s surprise diagnosis of Down Syndrome became a platform to help connect families in similar situations.

10News Anchor Mary McKenzie sat down with her to find out how a partnership with Rady Children’s Hospital has allowed the D.S. Action Center to serve nearly two thousand families in little more than a decade.

“We did not know that Adam was going to have Down syndrome. It was a surprise to us.”

We just treated him as if he were our son and that he didn't have Down syndrome or anything else. That's what our pediatrician told us. He's like, he's your son first.”

But Sharla says they didn't know where to turn -- for resources and support.

“There was not one medical facility in the entire state of California that specialized in Down Syndrome at that time.”

So, over the course of the first few years of Adam's life, Sharla alternated being home with him, and, with her husband Mike, creating a network for families to find the support and medical care they needed. Adam -- was also diagnosed with leukemia just before he turned 3. It was about two months after they opened the center. At the same time, the Hanks had a baby girl, and she also needed early medical intervention. All of it -- at once, she says... “it made us a stronger family”

The center quickly grew as well... thanks to a partnership with Rady Children's Hospital that began in 2006. The center provides one-stop shopping, comprehensive care for children with Down Syndrome from birth to adulthood. It also serves as a resource for the medical staff who care Down Syndrome patients, and it offers support to families. Families who Sharla says -- keep her going too. It's that strength that's getting them through the pandemic right now. They've served about 1800 patients -- and raised roughly three quarters of a million dollars for the hospital to keep the center going. None of the board members get paid. Sharla says until they have a million dollars in the bank she doesn't feel good taking a salary.

“I'd be taking money away from children and families that really need to go through our center.”

The majority of their funding isn't even from grants -- it's from private donations. Sharla says she's most proud of the partnerships – “that's my strength is just to try to get people together.”

And the legacy... born from a mother's love for her son...

“I hope that in some way it sounds like I've touched someone's heart. That means the world to me.”
Because of her incredible work with D.S. Action, ABC 10News and LEAD San Diego chose Sharla Hank as our 10News Leadership Award winner for the month of May.