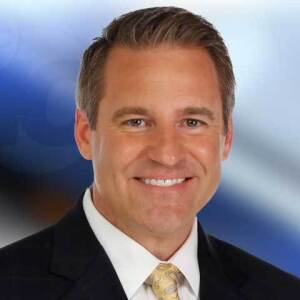 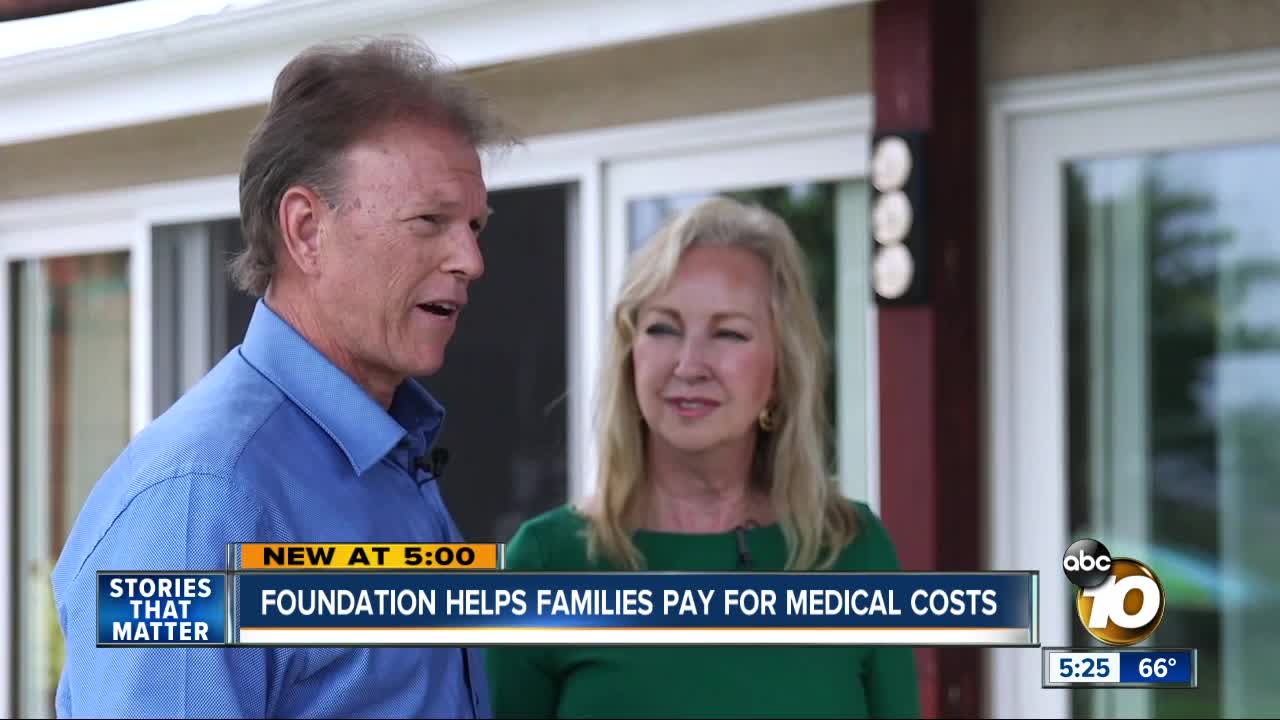 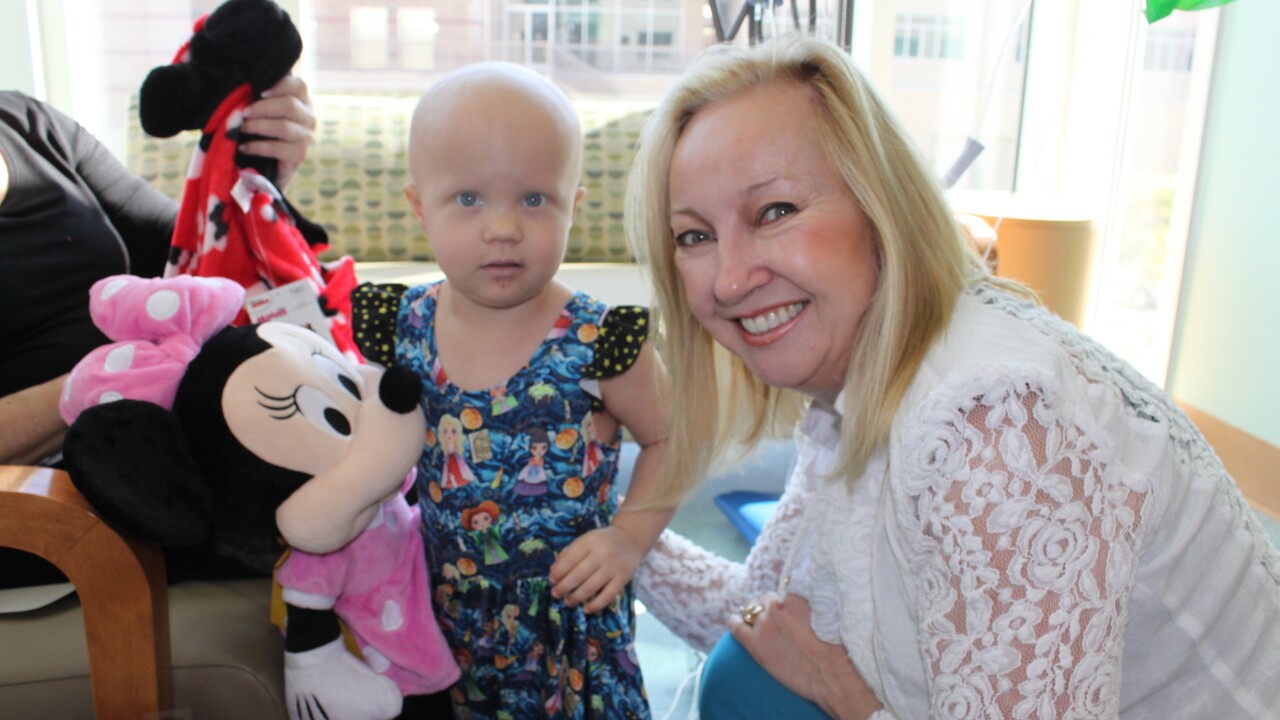 SAN DIEGO (KGTV) - The laugh of a three-year-old is simply irresistible. Little Charlie's life is just beginning, and yet...

"Last may she was having some headaches," says Charlie’s mother Shelly Matthews.

Charlie was just two and learning to talk when Shelly and her husband Blake noticed the headaches were getting worse. At first doctors thought it might be meningitis.

"They did an MRI that morning, and we're just thinking meningitis, you don't ever think brain tumor,” says Shelly pausing. “Um, and they found it right away."

Charlie had a baseball sized tumor at the base of her cerebellum, so the treatments, and the endless hospital stays began. That's when Brad and Beth Thorp came into the Matthew's lives. They experienced something similar with their own son Mitchell.

"At the age of 13 he started developing signs of headaches that progressively got worse," says Brad Thorp Co-Founder of the Mitchell Thorp Foundation.

That was 10 years ago, science and technology have come a long way since Mitchell suffered his illness, and financially the Thorps felt alone.

"We were in and out of hospitals for the next five years," adds Thorp.

Mitchell eventually lost his battle with an illness that doctors were never able to diagnose. But the Thorps took their grief and turned it into something positive, creating the Mitchell Thorp Foundation.

"Now 10 years later its beautiful to see how many families and children we've helped throughout the region," says Brad’s wife and Co-Founder Beth Thorp.

Families just like the Matthews. What insurance doesn't cover, the Mitchell Thorp Foundation helps to do so.

Their Medical Home Assistance program helps to pay the bills.

"Things that just come up out of the blue like an anesthesia fee for something that you thought was covered. They just helped us pay these bills that we had no idea about when it came to medical bills," says Charlie’s father Blake Matthews.

The foundation also has a van conversion program helping families with wheelchair bound children. They adopt families in need for the holidays providing presents. And sometimes they're just there when you need them, like they have been for little Charlie.

"It helped to take our pain and turn it into something positive. And carry on Mitchell's legacy and name,” adds Beth.

The Mitchell Thorp Foundation has several fundraisers each year including a 5K in February and a Pillars of Hope Tennis Smash with the San Diego Aviators in July.