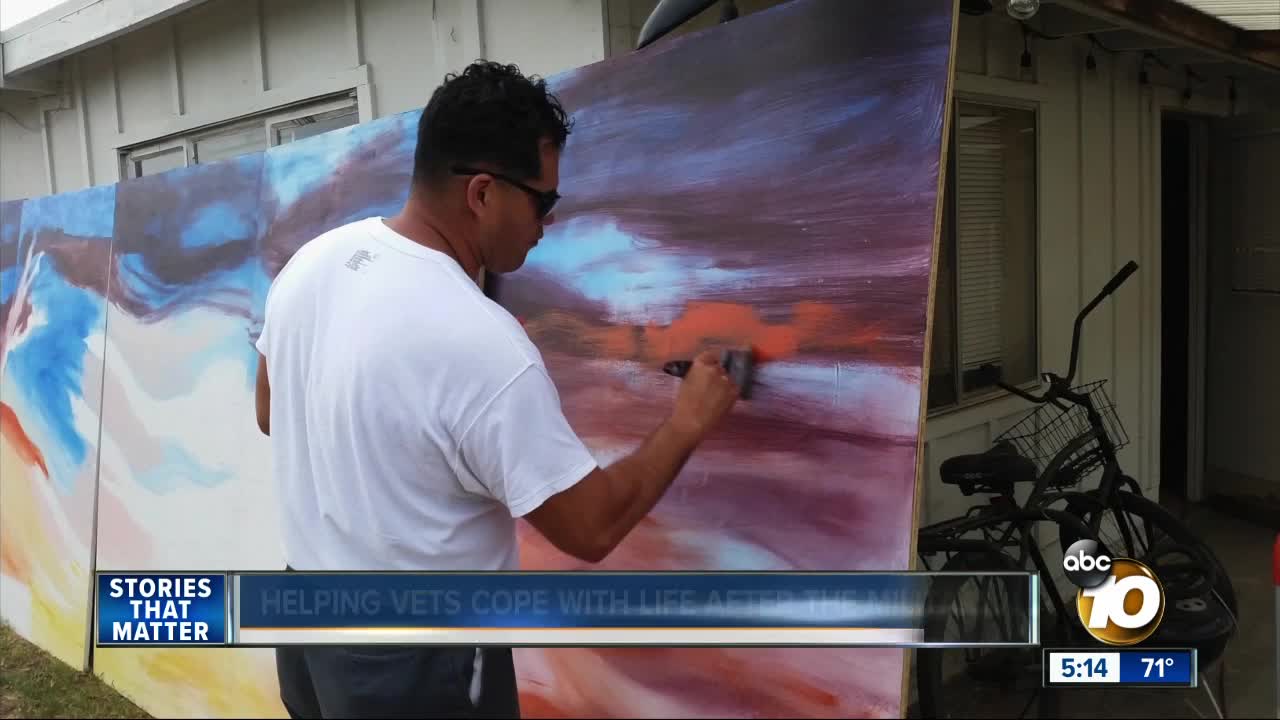 Combat Arts helps veterans cope with life after the military. 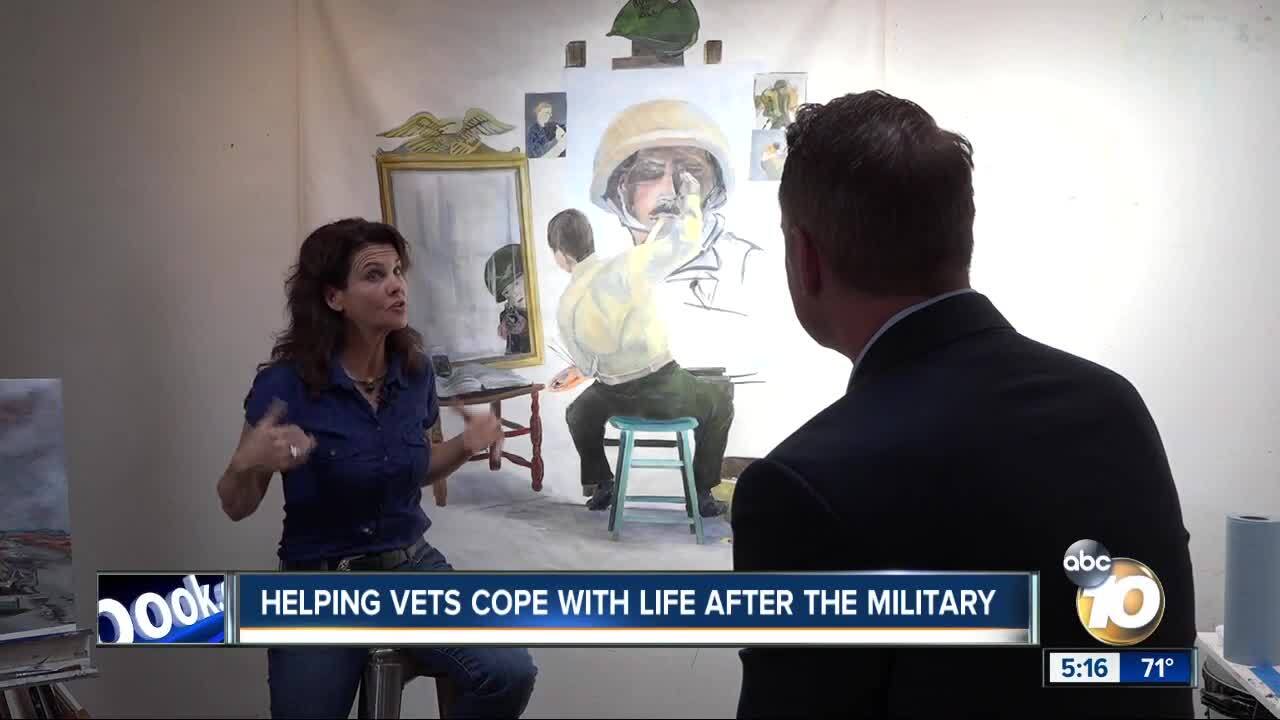 SAN DIEGO (KGTV) - When veterans return home from war, the transition to civilian life can be difficult. But for over a decade a San Diegan has been helping them heal with little more than a brush, a canvas, and some deep self-expression.

The images are powerful. Some full of despair, some inspiring, while others express shock and awe.
Most importantly, all of them have been created by veterans searching for a way to express their thoughts and emotions on canvas.

Washburn is part creator, part art therapist, and full-time instructor behind Combat Arts. It's a non-profit helping veterans cope with life after the military through the power of art.

"Making art is a chance to stay in the moment. Not worry about the future or regret the past," adds Washburn.

And from their expressions on canvas, it's clear some of these vets have come home with heavy burdens.

"Having these art projects to work on was a way to have a renewed sense of purpose," says Washburn. "And then it's a little bit of instant gratification because you create the thing within just a few weeks."

Washburn founded Combat Arts only by chance offering her services initially. She realized a need and then grew the program organically. She's now helped thousands of vets like Christopher Tomlin. A combat Marine who also served in one of the most dangerous jobs, E.O.D., Explosive Ordinance Disposal.

We would celebrate every day when we came home, back to base," says Tomlin with a smile. "Because it was like, 'All right, we made it another day.'"

Working with explosives for seven years can take its toll. For vets like Chris, Elizabeth Washburn, and Combat Arts are their escape from pain as they transition into civilian life.

"Elizabeth was one of those people that she said she wanted to help us and she actually helped us," adds Tomlin.

You can find murals of Combat Arts all over San Diego. Others have been on display at expositions. Such as a collaborative piece hanging in Washburn's downtown studio called 'Triple Self-Portrait.' If it sounds familiar, that's because it's a take on Norman Rockwell's original by the same name, with a military vets' twist.

"He looks totally regular, he looks clean cut, he looks like he's got it all together. But this is what's really going on in his head," says Washburn pointing out the deep trauma on canvas.

"Coming and finding an outlet, especially like this where we could sit here and not necessarily talk about what we were going through, we could put it on canvas which was great because there were days when we were like, 'I don't want to talk about this,'" says Tomlin.