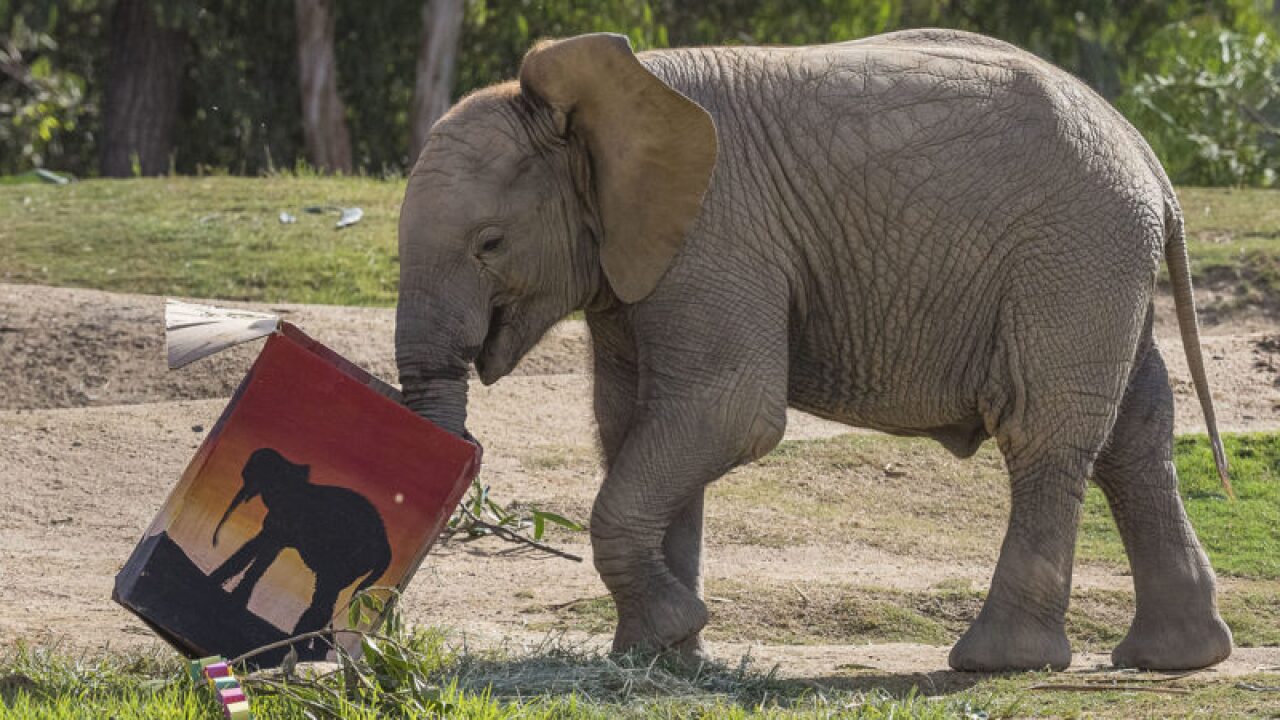 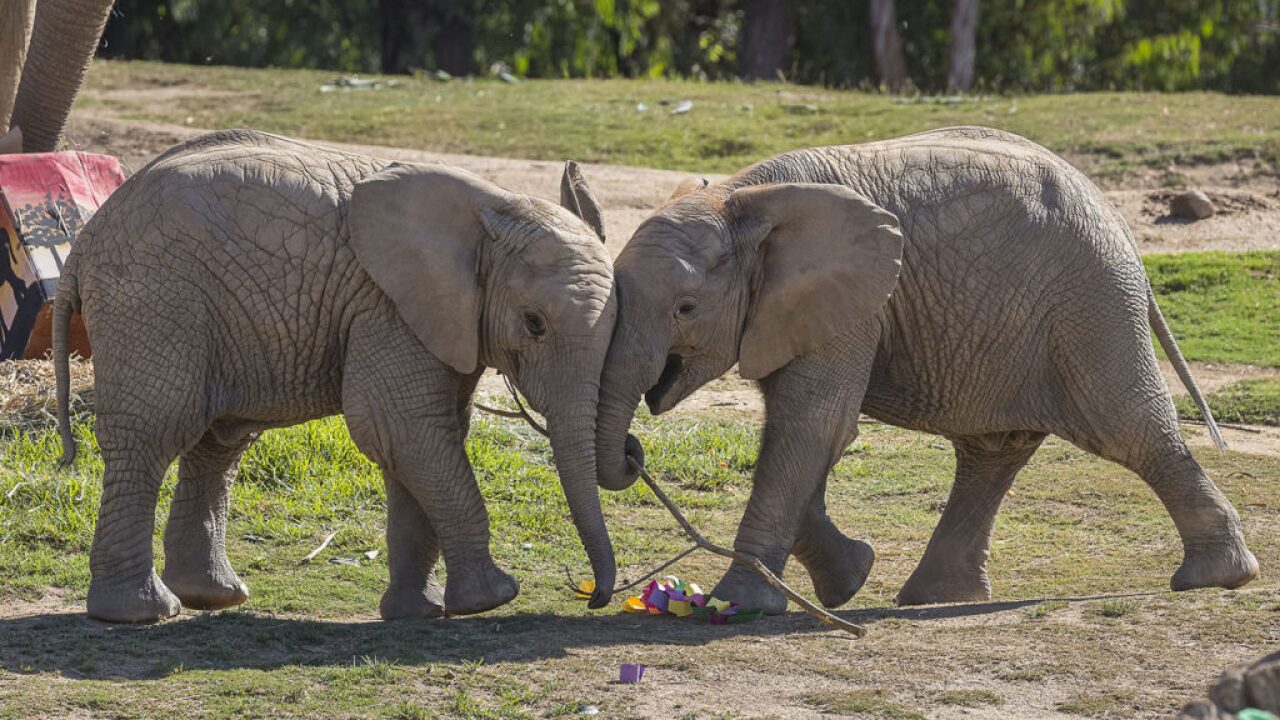 SAN DIEGO (CNS) - The San Diego Zoo's Safari Park's celebration of the first birthday of its elephant Umzula-zuli as well as World Elephant Day were opportunities to raise awareness about the decline in elephant populations, zoo officials said Tuesday.

The elephant, nicknamed "Zuli," and the rest of the Safari Park's herd received treats such as hay, fruits and vegetables and a clay bog in which the elephants could cool off in hot weather during the celebration Monday. It also gave zoo officials the chance to raise awareness about the need to protect elephants from poaching and habitat loss.

"It's exciting to see every calf reach that milestone," said Safari Park Lead Keeper Mindy Albright. "Elephant numbers are still declining, so every life is precious. It's fun for the keepers to get to watch him just grow and thrive."

At the time of his birth last year, Zuli was the largest elephant calf ever born at the zoo's Safari Park, weighing more than 270 pounds. Last September, that was surpassed by the birth of female calf Mkhaya at 281 pounds. The two elephants are the youngest of the Safari Park's nine-elephant herd.

The Safari Park rescued its three adult elephants in 2003 from Eswatini, formerly the Kingdom of Swaziland. All three elephants were in danger of being killed, according to the zoo. African elephants are currently listed as "vulnerable" by the International Union for Conservation of Nature due to habitat loss, conflicts with humans and poaching.

Since 2004, the zoo has given more than $30,000 annually to Eswatini's big game parks for anti-poaching programs and the purchase of additional acreage to ensure elephants have safe habitat space.

Safari Park visitors can see Zuli, his mother Ndlulamitsi, Mkhaya and the rest of the elephant herd at the park's Elephant Valley exhibit. The elephants can also be seen on the zoo's online Elephant Cam feed.