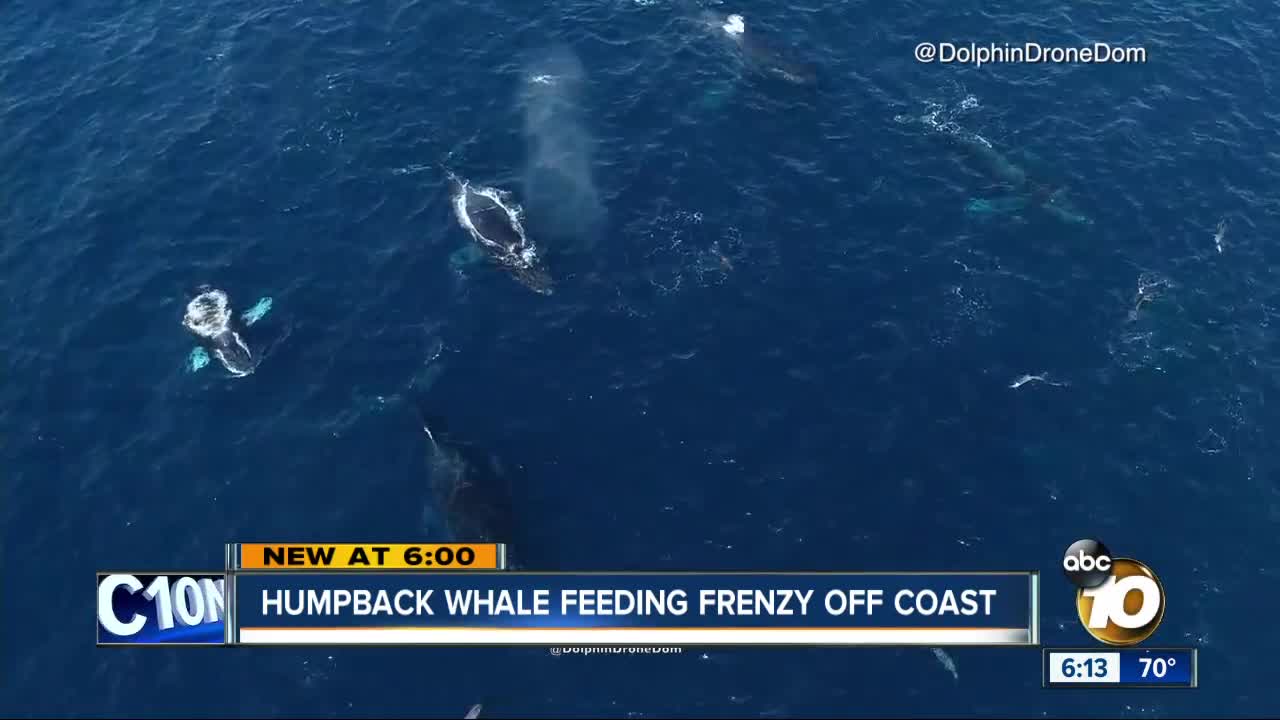 Whale sighting enthusiasts are having a field day, as humpback whales have a feeding frenzy off our shores. 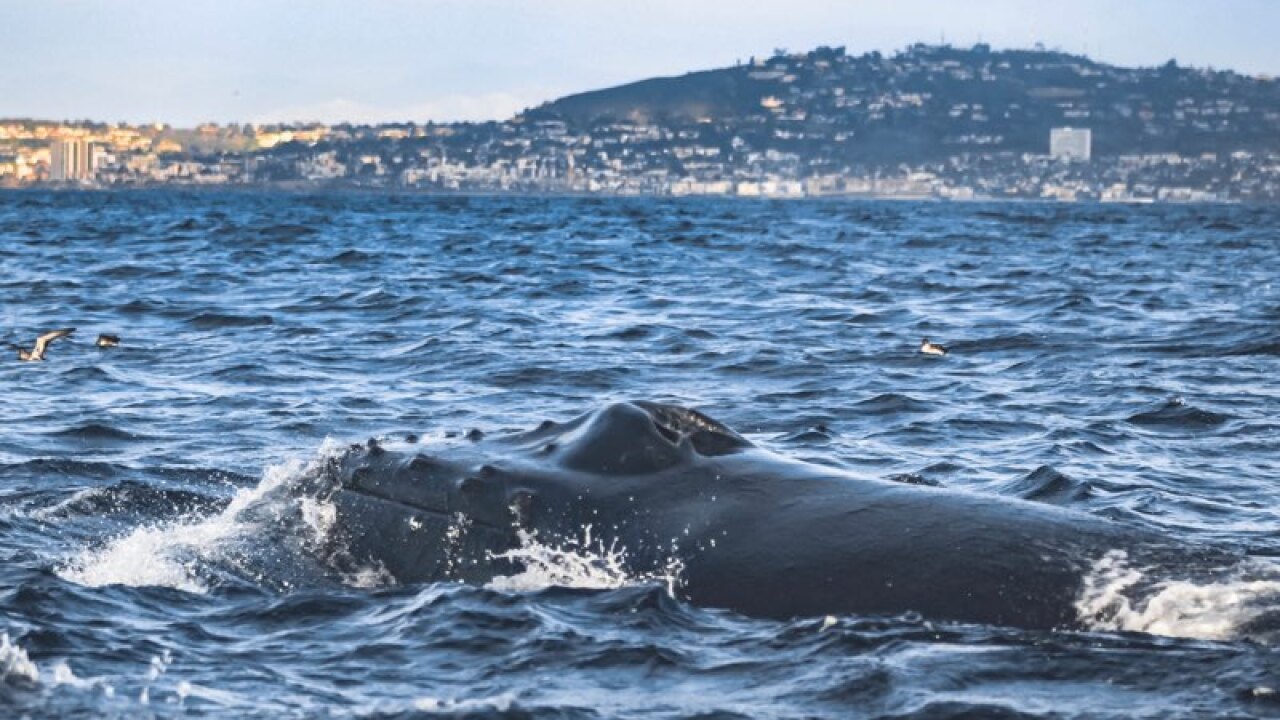 SAN DIEGO (KGTV) - Whale watchers have been delighting over an invasion of humpback whales off San Diego’s coast.

Domenic Biagini is a photographer for San Diego Whale Watch. He says the numbers in recent days have been unprecedented in San Diego

“We’ve had a huge influx of humpback whales that have pretty much shown us all of their unique behaviors, lunge feeding, breaching, tail-throwing,” said Biagini. “They’ve given us it all on every trip, they’ve been mixed in with dolphins, it’s been really special out here.”

RELATED: Break from town: Where to take a day trip from San Diego

Biagini says the influx is due to massive amounts of bait, including one school of anchovies the size of a football field.

“Rarely do we see double-digit whales, some of these days we’ve seen over 20 whales all in one area feeding, and almost always when they’ve been feeding they’ve had thousands of common dolphins around them, sea lions nearing the hundreds.”

RELATED: San Diegan's PB phone pic up for Smithsonian photo of the year

Biagini captures it all on his drone and says it’s been some of the most spectacular footage he's gotten in San Diego. He says in recent years we’ve started seeing more humpback whales off Southern California’s coast.

“What we’ve seen out here right now, it’s almost like we’re doing Monterey-style whale watching, where we just go out and find the bait balls and watch the humpbacks feed for a couple of hours, and that’s been something I’ve never gotten to witness anything south of the Channel Islands.”

His team at San Diego Whale Watch has been calling it "the great event," and they hope it continues.