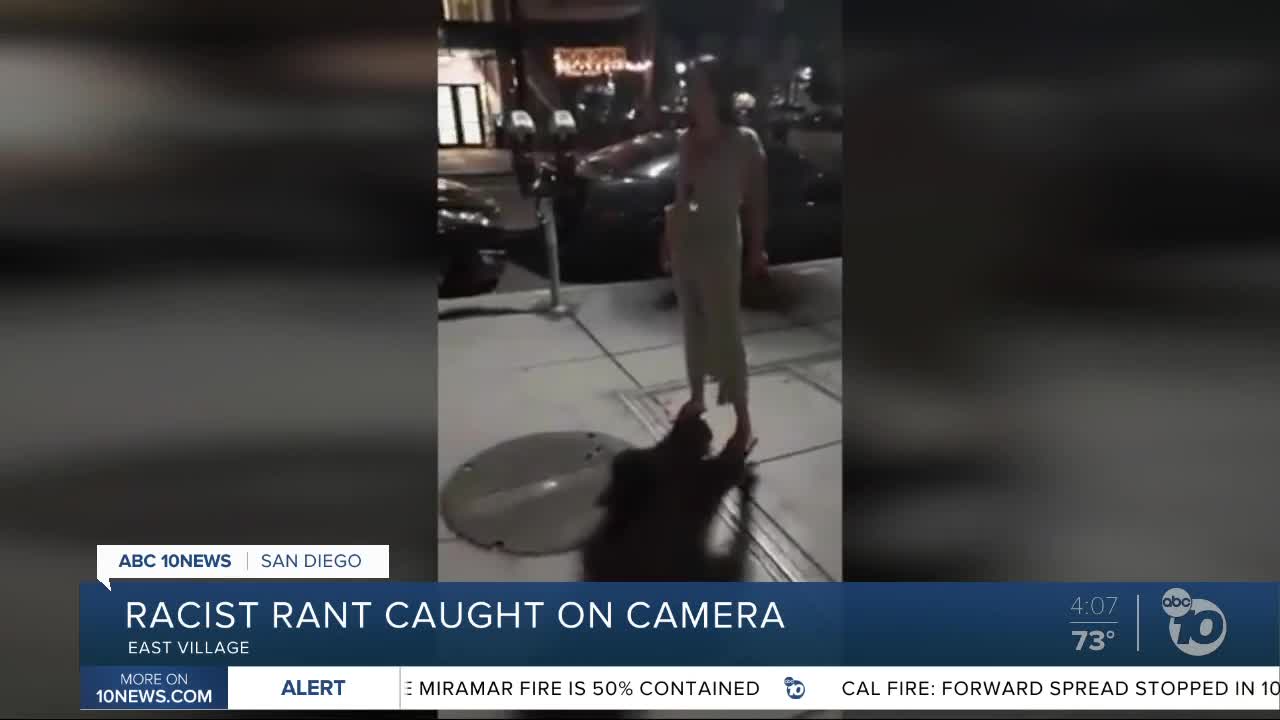 SAN DIEGO, Calif. (KGTV)- Video of a disturbing racist rant was captured in downtown San Diego Tuesday, and the man who experienced the verbal attack is sharing his story.

Rodney Jackson was working as a security guard outside of the Pinnacle on the Park apartment complex in the East Village when an unidentified woman began hurling racial slurs at him.

“I was trying my best to diffuse the situation, and she just continued to antagonize,” said Jackson. “It kind of caught me off guard because I’ve never dealt with anything like that before.”

In the video he recorded, the woman repeatedly attacks Jackson with racial slurs, even after he asks her to stop.

“I started recording just to save myself because of everything going on,” he said.

The unprovoked verbal attack happened in the early morning hours on Tuesday.

Jackson said the woman was kicked out of a party at the high rise.

“She went outside and started arguing with some people walking back, I asked her to come in the building, and I’ll call her a cab,” he said.

He said she appeared to be intoxicated and suddenly directed her anger at him.

“I told her again, ‘I called you a cab, but I don’t agree with the way you’re calling me all these different names’ and she just continues.”

The video shows the woman calling Jackson the N-word repeatedly during the confrontation.

Jackson remains calm and composed as the woman continues to harass him.

“My mother and my grandmother, they raised me never to let anyone get me too upset to where it gets me out of character or changes the person that I am,” he said. “They raised me to be a strong black man.”

Jackson said he grew up in National City in a multi-cultural neighborhood, and this was his first time experiencing something like this.

“I’ve never looked at people by their color,” he said. “I played semi-pro football for a San Diego team, and we had people from all kinds of ethnic backgrounds, and we’re all just a family.”

Jackson’s brother and mother shared the video on social media to highlight the issue of racism.

He said he hopes the painful video will serve as a reminder that racism does still exists, even in that community.

“Be open-minded and accept people for who they are. The stronger everyone comes together, the better the world will be,” he said.

He wants anyone who has experienced racism to remember this: “Stand strong for yourself and don’t ever let anyone belittle you or make you feel like less of a person.”