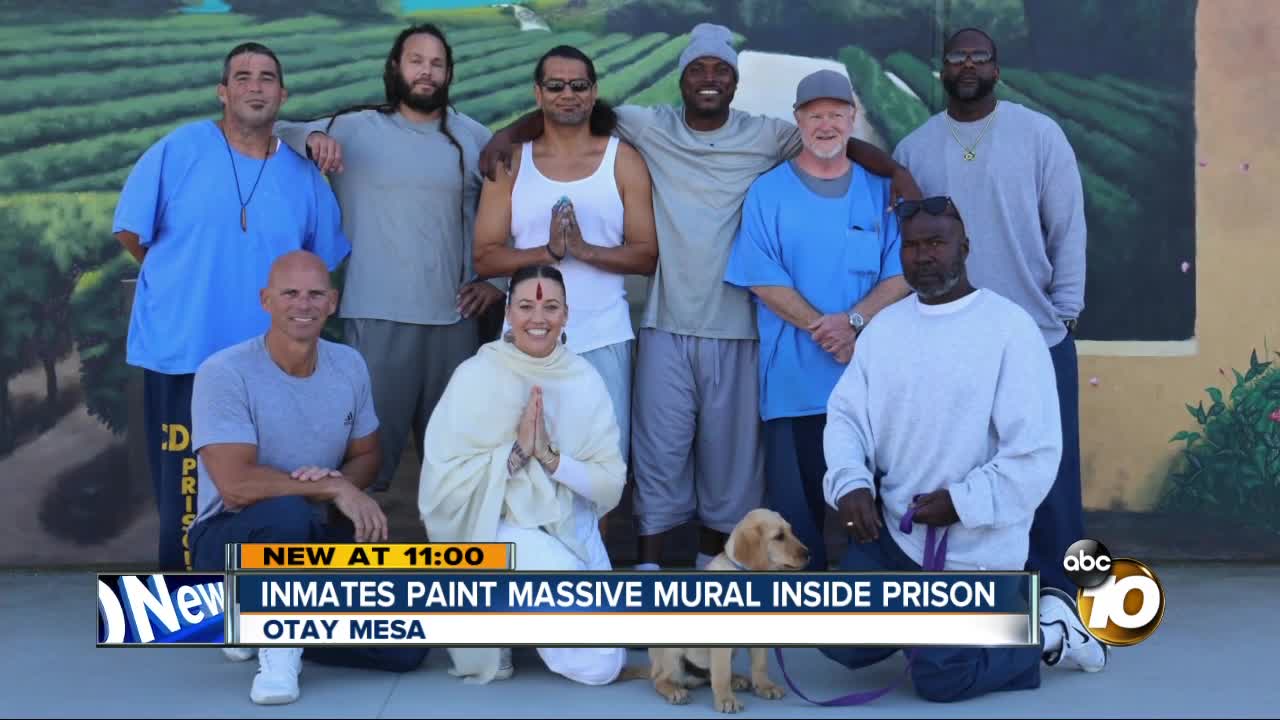 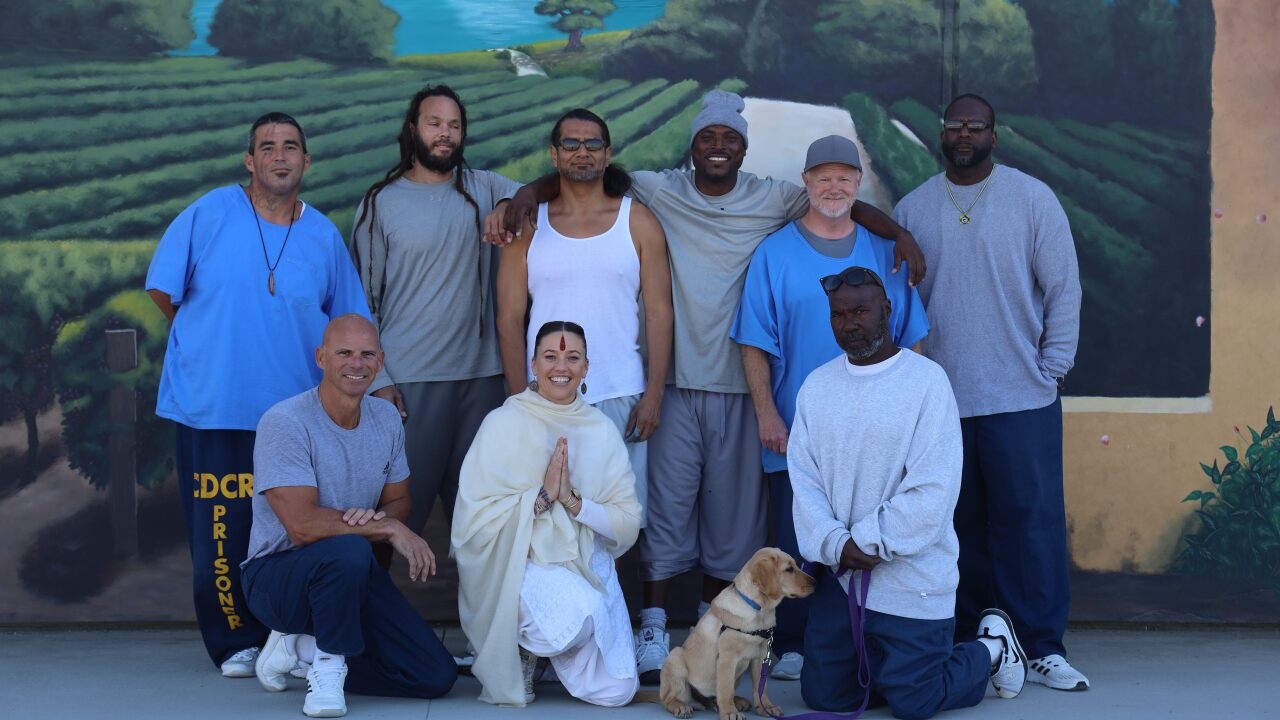 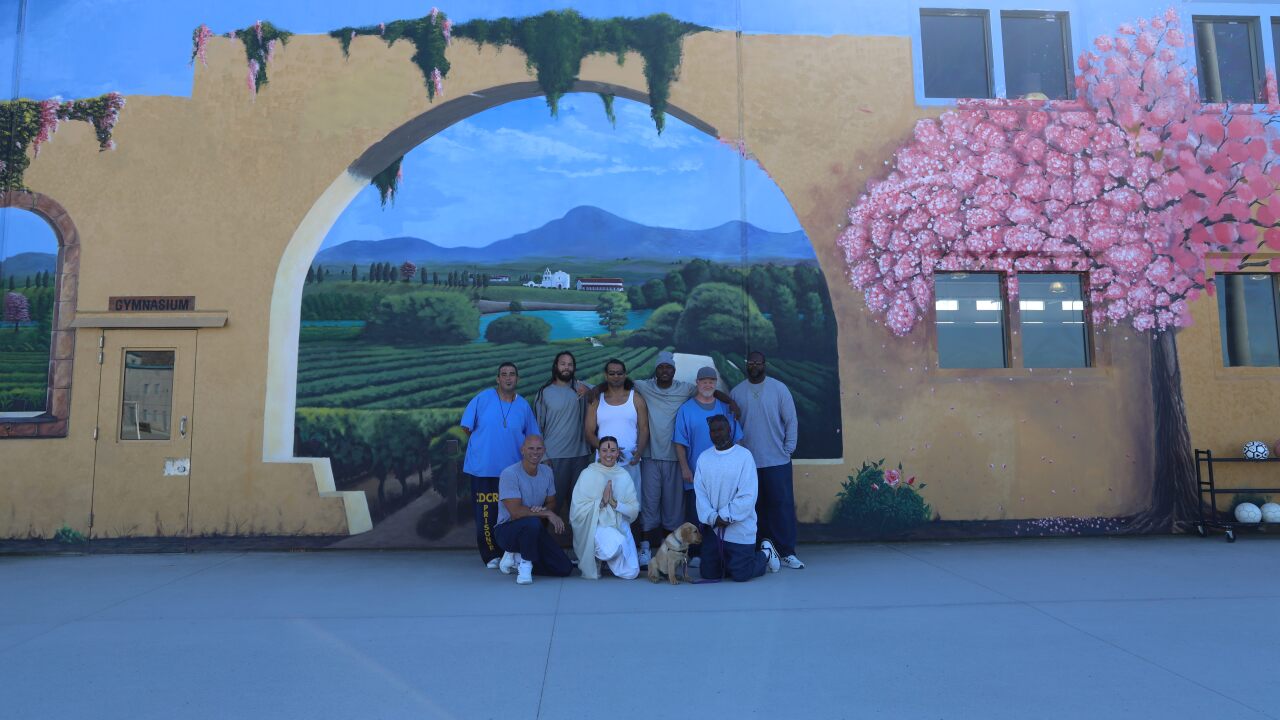 One of the projects is an ambitious, 1,000-foot long mural scaling the concrete walls of part of the prison known as Echo Yard.

It’s being spearheaded by inmates Erik and Lyle Menendez. The two gained notoriety in the 1990s for their highly publicized murder trial, when they were convicted of killing their wealthy parents in their Beverly Hills home. At trial, they told jurors it was motivated by years of sexual abuse from their father.

After being convicted, they spent 20 years apart in separate prisons. But in April of 2018, they were reunited at Donovan State Prison in Echo Yard. 10News got a glimpse at their life together behind bars.

Lyle and Erik declined to be interviewed but showed off part of the mural project they’ve been involved in.

The project came about thanks to help from Brahman Kyrie, a volunteer who had been running yoga and meditation classes in the prison.

“There’s got to be consequences but there also has to be the love,” said Kyrie.

She said the idea of the murals came from a conversation with the Menendez brothers.

“I spoke to Lyle and Erik who had been thinking about the beautification,” she recalled.

WATCH: WHAT IS THE ECHO YARD

With the help of volunteers from SDSU and with outside donations from Visions Quality Coatings and Encore Art Paint, they began the project in 2019.

Echo Yard is classified as a “mixed” yard, bringing together inmates of different security levels on the premise that they will coexist peacefully in exchange for some freedoms.

“I do it for therapy, it keeps me grounded,” said inmate David Armstrong about the mural project.

“It’s giving me a peace of mind,” echoed Ruben Radillo, an inmate who will be getting out of prison at the end of February after a 25-year sentence.

“Don’t be afraid of me,” he said. “I’m going to be a good neighbor, thanks to projects like this. Absolutely.”