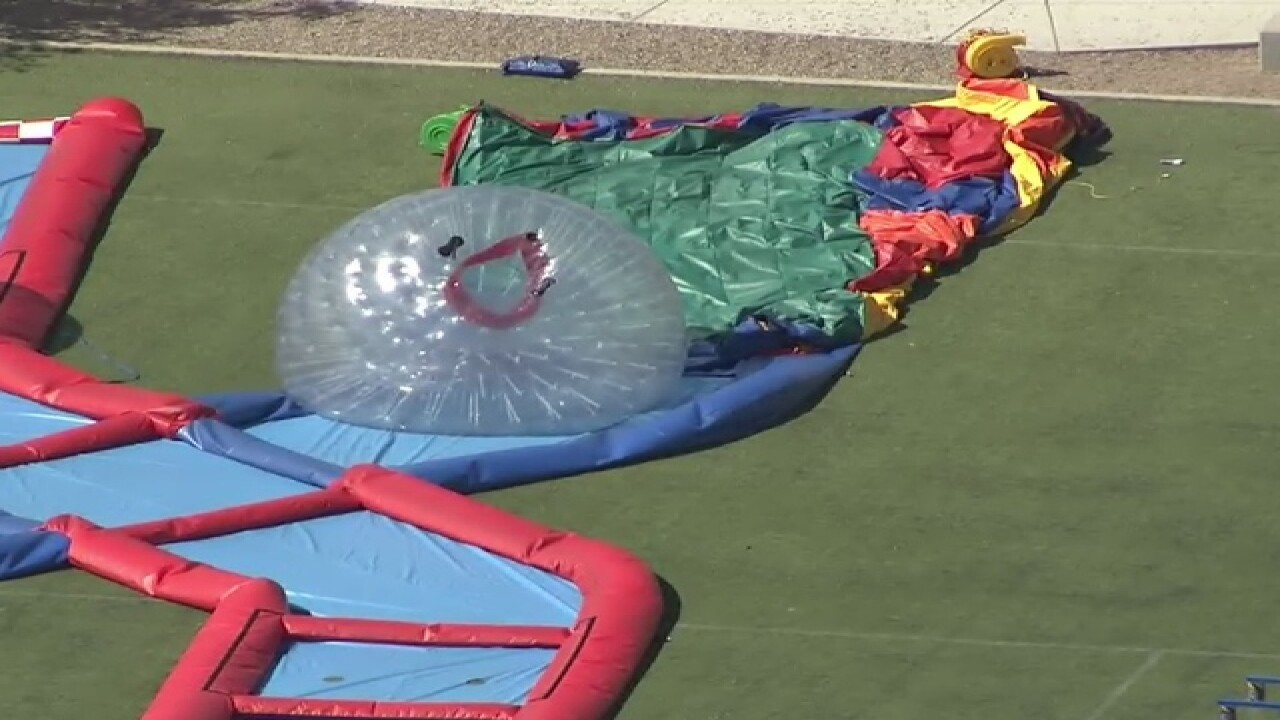 BRIGHTON, Colo. -- Eight children were hurt when a bouncy house collapsed at Henderson Elementary in Brighton, Colorado on Friday.

The kids were inside the bouncy house when it collapsed, according to Natalie Ridderbos with Brighton Fire.

Ridderbos said none of the children were seriously hurt and their parents have been notified.

School officials said Brighton firefighters were already on scene, spraying down kids with a hose as part of field day festivities.

Paramedics were called to check out the kids. Officials said the children only suffered bumps and bruises.

The National Weather Service said gusts of up to 16 mph were possible in Brighton today.

The cause of the collapse has not been determined, school officials said.