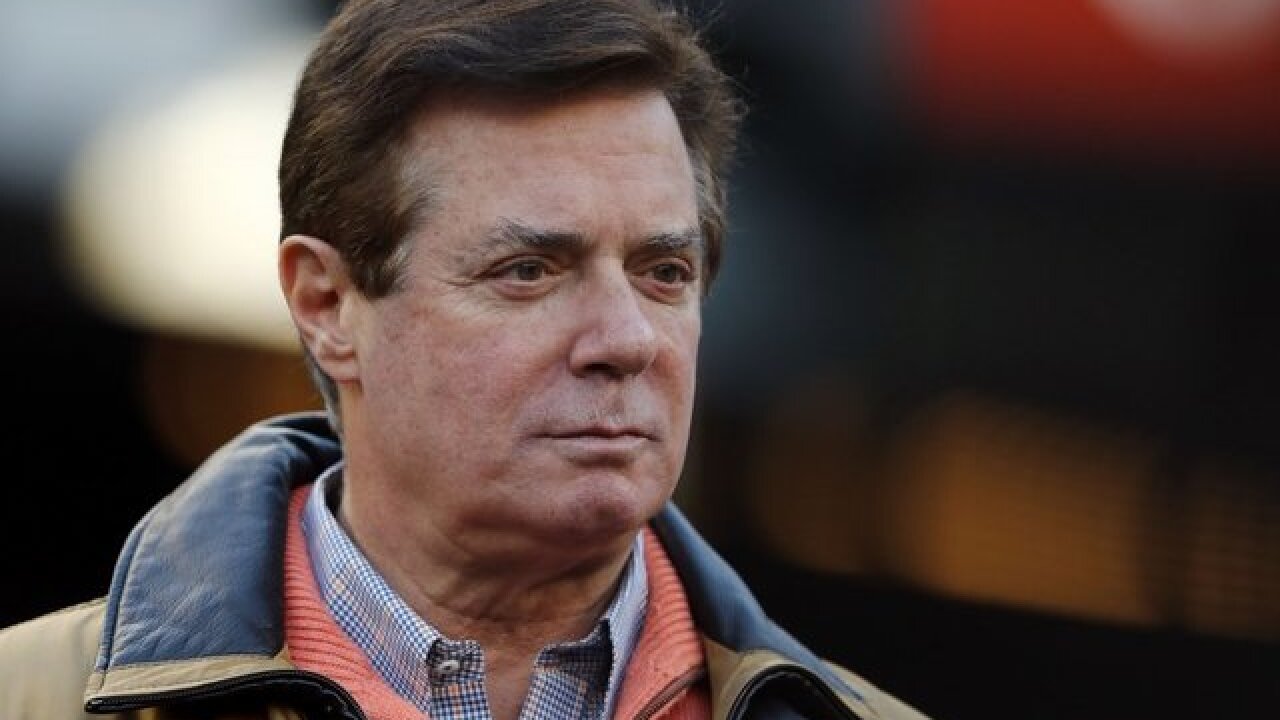 Prosecutors accused former Trump campaign chairman Paul Manafort of being a "shrewd" liar who orchestrated a global scheme to avoid paying taxes on millions of dollars as Manafort's trial kicked off on Tuesday.

Manafort lived an "extravagant lifestyle" fueled by millions of dollars in "secret income" that he earned from his lobbying in Ukraine, said Uzo Asonye, a prosecutor working on the case with special counsel Robert Mueller's team, in his opening statement.

"All of these charges boil down to one simple issue: that Paul Manafort lied," Asonye said.

The jury was selected and sworn in Tuesday before opening statements were delivered in the first case that Mueller's team is bringing to trial.

Manafort's trial, in which he faces charges on 18 counts of violating tax and banking laws, is a high-profile test of the Mueller team's investigation into Russian election interference in 2016.

The 12-person jury selected for Manafort's trial includes six men and six women. There are also four alternates, three women and one man.

Manafort arrived at the courthouse Tuesday morning for the first day of his trial wearing a black suit, with his hair neatly parted. Judge T.S. Ellis gave the pool of 65 potential jurors an overview of the charges against Manafort, though he reminded the group that the indictment "is not evidence of any guilt whatsoever."

The pool was also nearly evenly split between men and women. The group was predominantly white, with fewer than a dozen non-white potential jurors. Most were comfortably middle-aged.

Nine potential jurors indicated that they have connections to the Justice Department, including four who said they were current or former federal employees. Two joked that they were "recovering attorneys." All affirmed that they could handle the case without any bias.

None said they knew Manafort, his lawyers or their law firms.

One younger woman said she knew Justice Department attorneys from her work at a Silicon Valley-based tech company. Another man brought a John Grisham novel into the courtroom.

The trial is expected to last several weeks.

Manafort was a senior Trump campaign aide and he led the campaign for several months, but the charges are not directly related to campaign activity, as the White House has repeatedly emphasized.

"The judge has very strictly instructed no mention of Paul Manafort's role in the Trump campaign, no mention of Trump, Russia or collusion," senior White House aide Kellyanne Conway said on Fox News Tuesday morning. "This trial obviously centers on matters that have nothing to do with the campaign."

While Trump has repeatedly railed against Manafort and the "witch hunt" on Twitter in recent weeks, he has not tweeted about Manafort specifically in more than a month, when he said Manafort received a "tough sentence" after his bond was revoked over allegations of witness tampering.

Manafort faces a maximum of 305 years in prison if he is convicted on all charges. Prosecutors say Manafort hid millions of dollars in income from lobbying for Ukrainian politicians, failed to pay taxes while spending the money on US real estate and luxury purchases and lied to banks to take out more than $20 million in loans.

Before jury selection got underway, Ellis said that he did not plan to offer decisions on Tuesday about all of the documents that Manafort's team wants to keep out of trial. They hope to prevent jurors from seeing some documents and photos from Manafort's lobbying work in Ukraine.

Instead, the judge gave broad directions to the prosecutors: Try to reduce the number of Ukrainian documents given to the jury, use testimony to add context and don't refer to individual documents in opening statements.

Ellis said he thinks "the government's correct" in using the documents to broadly show how Manafort made his money. Prosecutors say Manafort made $60 million from his work.

Manafort appears likely to remain in jail throughout the course of his trial after a federal appeals court on Tuesday rejected his request to overturn a lower court's decision to send him to jail before trial.

Tuesday's ruling from a three-judge panel on the DC Circuit Court of Appeals was unanimous.

Manafort's bail was revoked in June while he was on house arrest, after prosecutors accused Manafort of tampering with witnesses.

The appellate judges said Manafort was rightfully jailed because he decided "to push the envelope by contributing to an op-ed in a foreign newspaper" while under a gag order, and also had "repeated communications with potential witnesses" for his upcoming trial. In addition to his Virginia case, Manafort faces lobbying-related charges in Washington.

The panel agreed with some of Manafort's arguments, for instance, that the gag order in his Virginia case was somewhat ambiguous. But they ultimately said that this wasn't enough to look past Manafort's conduct and set him free from jail.