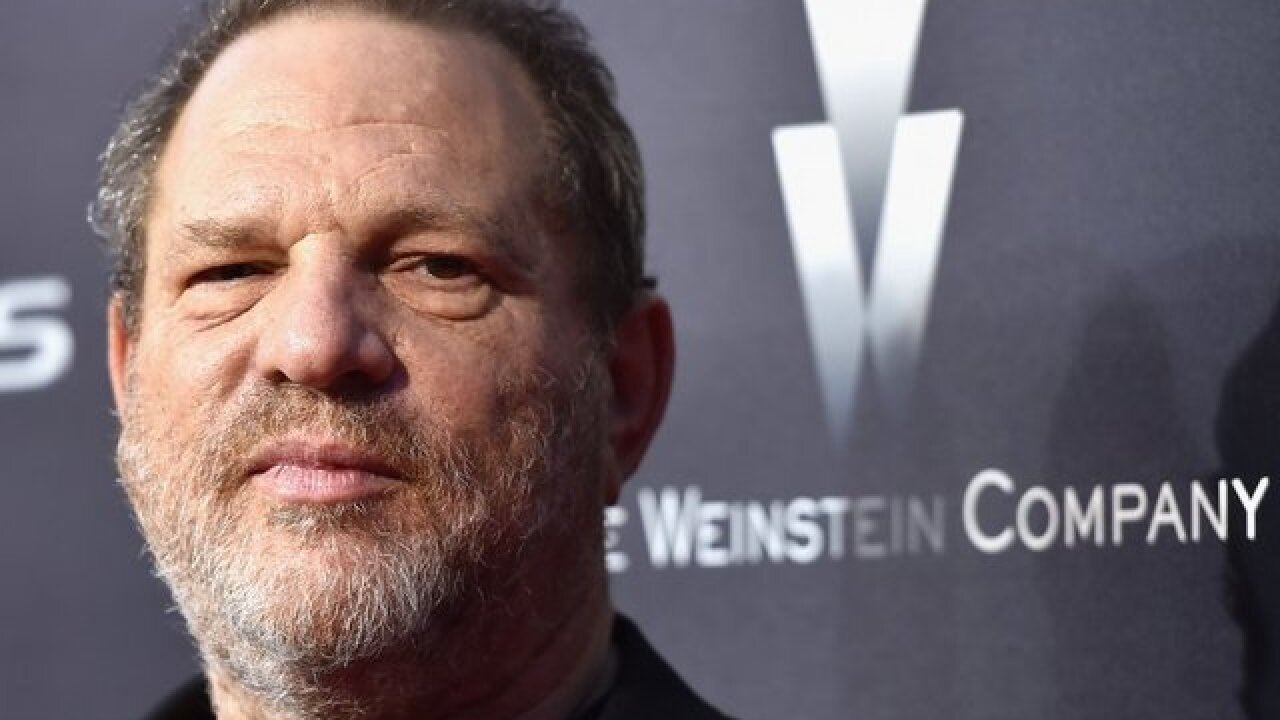 Harvey Weinstein turned himself in to authorities Friday morning and was arrested and arraigned on charges of first- and third-degree rape and committing a criminal sexual act in the first degree, according to the Manhattan District Attorney's office.

The charges stem from incidents with two separate women in 2013 and 2004, the district attorney said in a statement, and were the result of a joint investigation between police and the Manhattan District Attorney's office.

Weinstein's attorney Benjamin Brafman told reporters outside the courthouse that his client plans to plead not guilty to all of the charges.

As part of the agreement between Brafman and the DA's office, Weinstein's bond was set at $10 million. He'll be required to wear a GPS monitoring system and is only allowed to travel within New York state or Connecticut.

A source familiar with the investigation told CNN the criminal sex act charge was from a case involving aspiring actress Lucia Evans, who alleges Weinstein forced her to perform oral sex on him in his Tribeca office in 2004. Evans has not responded to any of CNN's requests for comment since first speaking out about Weinstein in the New Yorker last fall.

The alleged victim in the rape case has not been publicly identified, the source said.

More charges are expected as a grand jury continues to hear testimony in the state's case with at least four women expected to testify, the source said.

The former Hollywood producer walked into a New York police precinct office through a gauntlet of reporters and photographers earlier Friday, carrying what appeared to be books.

After being processed, Weinstein left the precinct office, his hands cuffed behind his back, and got into a large black SUV.

It was a scene not unlike the red carpet walks he used to do, further highlighting how far he has fallen since dozens of women came forward in the New York Times and the New Yorker to publicly accuse him of sexual misconduct.

Other investigations under way

The charges follow a flood of accusations against Weinstein that led women around the world to come forward with accounts of being sexually harassed by powerful men. His accusers welcomed the news as a sign that the tables were finally turning -- not only on him but on other accused predators.

"I, and so many of Harvey Weinstein's survivors, had given up hope that our rapist would be held accountable by law. Twenty years ago, I swore that I would right this wrong. Today we are one step closer to justice," said actress Rose McGowan, one of the first women to publicly accuse Weinstein of assault.

"We were young women who were assaulted by Weinstein and later terrorized by his vast network of complicity. I stand with my fellow survivors. May this give hope to all victims and survivors everywhere that are telling their truths," she said in a statement to The Hollywood Reporter.

Weinstein has been accused of rape, assault and other forms of sexual misconduct. Weinstein's representative has said he sought treatment after the accusations and any allegations of nonconsensual sex were "unequivocally denied."

Dozens of women have come forward publicly to accuse Weinstein of misconduct after reports in 2017 about his treatment of women, including actresses with whom he worked.

Two of those women, Asia Argento and Ashley Judd, tweeted an article Thursday about Weinstein turning himself in. Paz de la Huerta , another Weinstein accuser, declined to comment on the news.

The women said Weinstein threatened to ruin their careers if they went public with their accounts. On Thursday, New York Times reporter Jodi Kantor recounted in a tweet some of his threats and declared "not anymore."

"Not in a million years, and one of the hardest conversations I had over and over again with these brave women was that in addition to the sacrifice they were making in telling this story, they didn't think they would ever be heard if they did take that leap, let alone to see actual accountability," Farrow said.

Weinstein has kept a low profile since his downfall. He was fired from the company that bears his name just days after the allegations first surfaced in the media. The Weinstein Company filed for bankruptcy earlier this year and what remains of it is set to be sold.

In an interview with "BBC Radio 5 live" Wednesday, Weinstein's criminal defense attorney Benjamin Brafman described his client as "lonely and angry," adding that he believes the cases against Weinstein are "legally defective and not factually supported."

The allegations catalyzed the decades-old #MeToo movement that calls attention to sexual misconduct. The heightened scrutiny has rippled across industries and ensnared numerous powerful men, from journalists Matt Lauer and Mark Halperin to chefs Mario Batali and John Besh .

Tarana Burke , who started #MeToo, said Weinstein's intention to turn himself in marked a turning point in the conversation.

"This moves from the court of public of opinion into an actual courtroom," Burke told Variety .

"That is super cathartic for a bunch of the survivors, or even survivors who are not necessarily victimized by him."