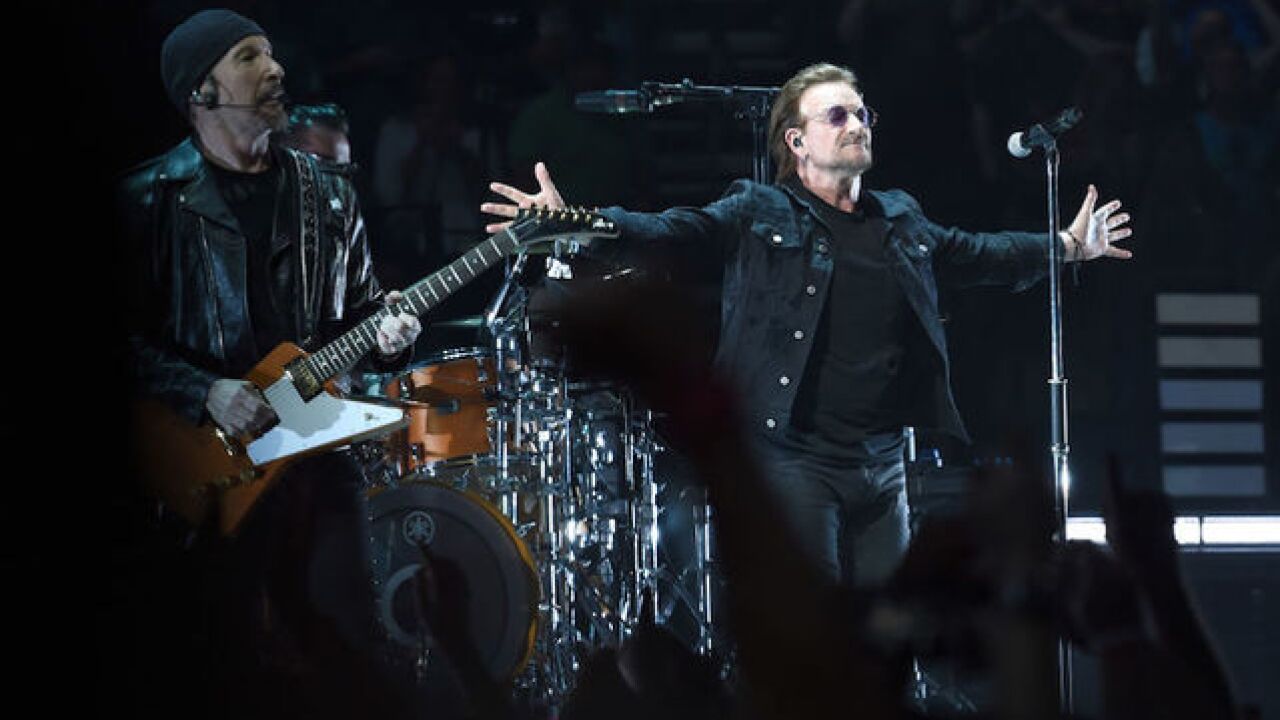 Image copyright 2018 Getty Images. All rights reserved. This material may not be published, broadcast, rewritten, or redistributed.
Jason Kempin
<p>The Edge and Bono of the rock band U2 perform at Bridgestone Arena on May 26, 2018 in Nashville, Tennessee. </p>

"We don't know what has happened and we're taking medical advice," said a statement signed by band members Adam Clayton, Larry Mullen and The Edge.

"We're so sorry for tonight's cancellation. Bono was in great form and great voice prior to the show and we were all looking forward to the second night in Berlin, but after a few songs, he suffered a complete loss of voice," the statement said.

"As always, we appreciate our audience's understanding and all our fans' support in Berlin and those who traveled from afar. We will update you very soon."

The Mercedes Benz Arena, where U2 performed August 31 and September 1 as part of its experience+innocence tour, tweeted: "Get well soon, Bono."

U2 fan site Atu2 wrote on Twitter during the show: "Bono said that he's not quite sure what's happened at the end of Red Flag Day. He's clearing his throat. 'I think it's the smoke. I can promise you I have not been talking, but this is like a giant cigar - I've lost my voice and I don't know what to do.'"

The fan site said on Twitter that the singer attempted "Beautiful Day" before leaving the stage.

Actress Ashley Judd posted footage of Bono's performance on Twitter, commenting: "The power of #bono voice before it surprised him in #Berlin and left him abruptly...he was singing his guts out (per usual)."

The band is on tour until November 10 and is next due to perform September 4 at a sold-out show in Cologne, Germany.