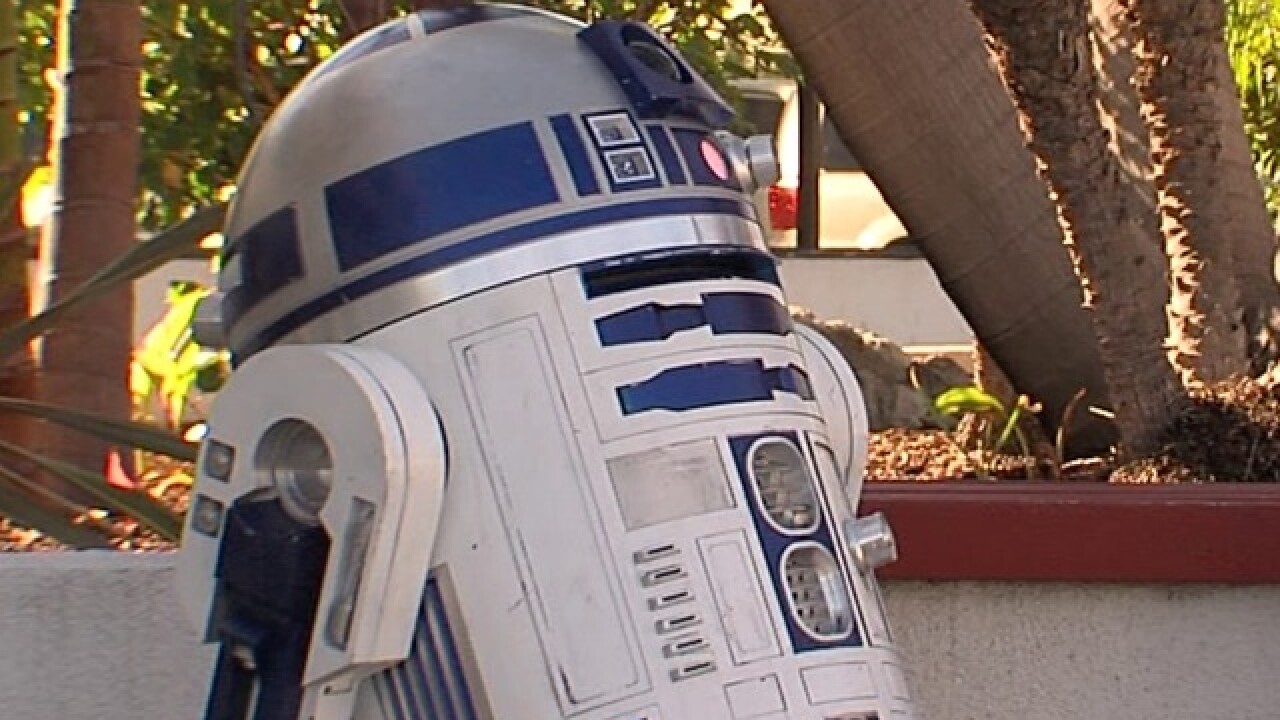 SAN DIEGO -- It isn't the R2-D2 that was used in Star Wars, but the San Diego man who made the replica is getting national attention for his incredible creation.
It took John Boisvert three years and $15,000 to build his very own R2-D2 and the level of detail is astounding -- so astounding that he has become the go to guy for droids in San Diego. When Conan O'Brien and Chris Hardwick needed help with Star Wars parodies, for example, they went to Boisvert.
And Boisvert's R2-D2 doesn't just look great, it does some amazing things. Tune in to 10News tonight at 5 for a look and join Reporter Jeff Lasky at the big "Star Wars" The Force Awakens" premiere.

Local robotics expert made an incredible #R2D2. We geeked out over it and will have it on @10News at 5! @CoxComm pic.twitter.com/JcBtcmX1y5

The global rollout of the movie is already breaking records abroad and in presales ahead of tonight's debut in the United States.
The Walt Disney Co. said Thursday the film debuted with $14.1 million from its first screenings Wednesday in 12 international markets. The largest was France, where the film earned $5.2 million. It set a one-day record in Norway and Sweden.
More than $100 million in tickets have been presold in North America. The movie ticket service Fandango said it has already sold more tickets for "Force Awakens" than any movie over its entire theatrical run.
Dave Hollis, head of distribution for Disney, sought to assure moviegoers that theaters aren't sold out. Hollis said "there are literally millions of tickets available for this weekend."
RELATED: Couple says ‘I do,' Star Wars style
10News