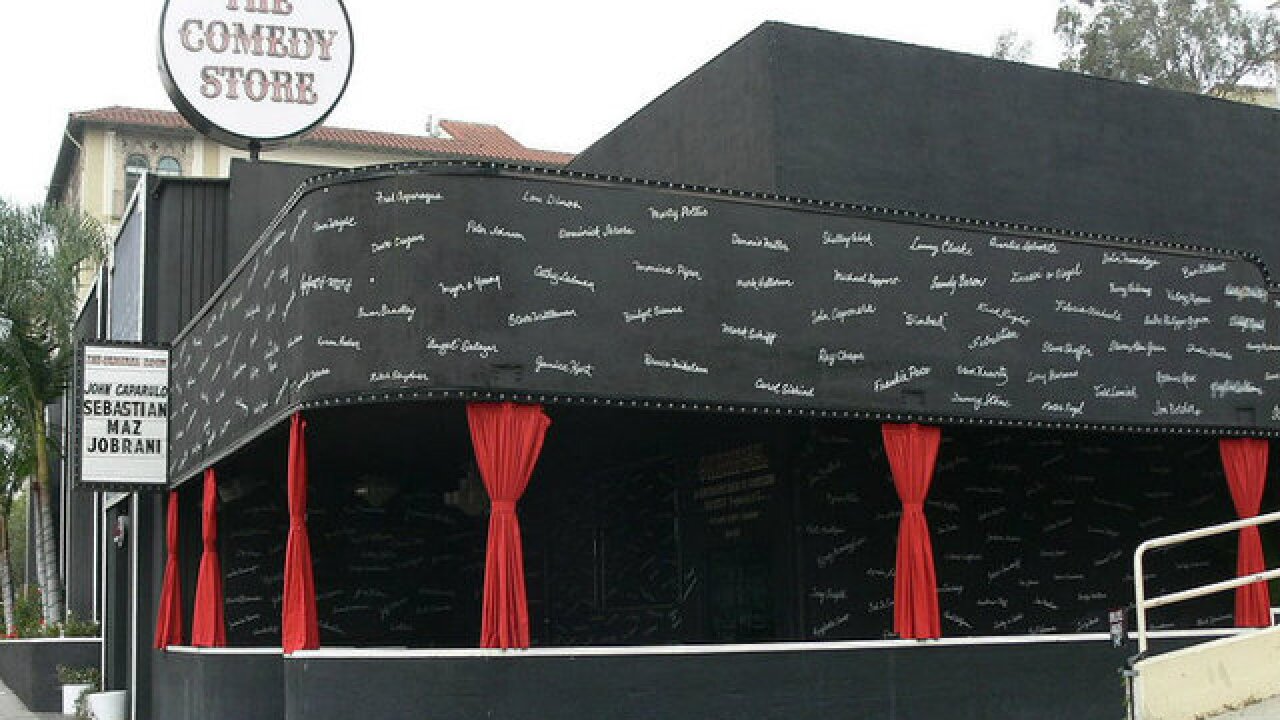 (KGTV) - Mitzi Shore, an influential figure in stand-up comedy who owned the famed Comedy Store clubs in La Jolla and Los Angeles, died Wednesday at the age of 87.

The cause of her death was not officially released, but Shore was reportedly battling Parkinson’s disease.

Pauly Shore said that his mother had been in hospice care. He posted a tribute to his mother on his Facebook page:

The following statement was posted on the Comedy Store’s Facebook pages:

“It is with great sadness and very heavy hearts that we report the passing of Mitzi Shore. Mitzi was an extraordinary woman and leader who identified, cultivated and celebrated comedy’s best performers. She helped change the face of comedy and leaves behind an indelible mark and legacy in the entertainment industry and stand-up community. We will all miss her dearly.”

Due to Shore’s passing, both Comedy Store locations were closed for business Wednesday.

The original Los Angeles location, on Sunset Boulevard, opened in 1972; Mitzi Shore took ownership of the club a year later after her divorce from comedian Sammy Shore. She opened the La Jolla location (916 Pearl Street) in 1977.

David Letterman and Roseanna Barr are among the comedians who took the stage in at the La Jolla club.

Comedians and others in the entertainment world honored Mitzi Shore on social media.

Mitzi Shore started my career when I was 21 by believing in me. I will forever be indebted to her and love her and always knew that she loved me. My heart goes out to her children and all those she touched. You will be greatly missed Mitzi. pic.twitter.com/IJPKnqx382

RIP Mitzi Shore. I should’ve taken the doorman job when you offered it to me.

Mitzi Shore was a pioneer who gave more comics their start than I can count...I did my first legit comedy gig at the Store. She was a woman in a male dominated business who pulled no punches, something I always admired. My heart goes out to @paulyshore and the entire Shore family pic.twitter.com/kabGgWMVuR

I love you Mitzi Shore. Rest In Peace. Thank you for giving me a family and a home. ❤️@TheComedyStore

This is a very sad day for the family of 🎤 standup comics on the planet. #MitziShore was my friend ... and the owner of @TheComedyStore on the Sunset Strip in Los Angeles.
RIP 🙏🏾 / 87 years young. pic.twitter.com/cSMCZ37Dzf

#MitziShore #RestInComedy
She got me off the streets gave me a place to stay I worked 2 jobs; doorman & paid comic. Thank you Mitzi for giving social misfits a place to call home & grow into social engineers. I love you. Richard & Robin will greet you. Give em the Light! 🎭 #EGGC pic.twitter.com/6V96b6AOOY

It’s a really sad day. Mitzi was the best .