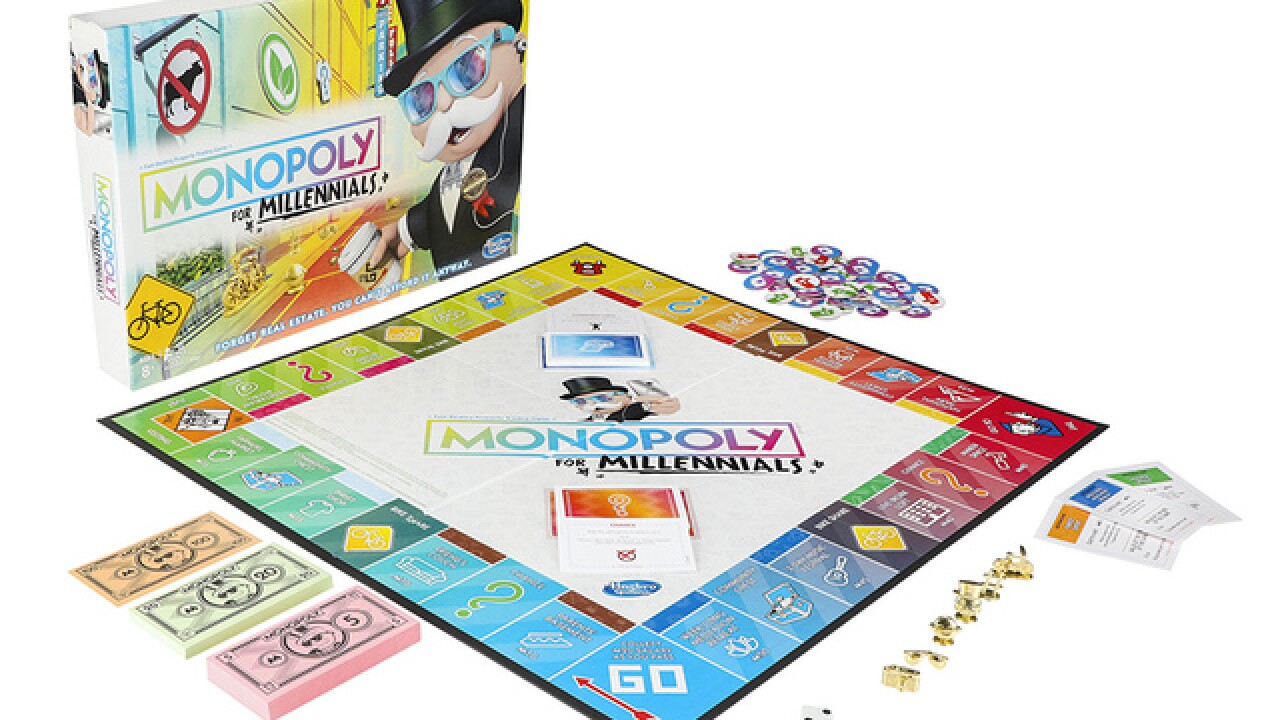 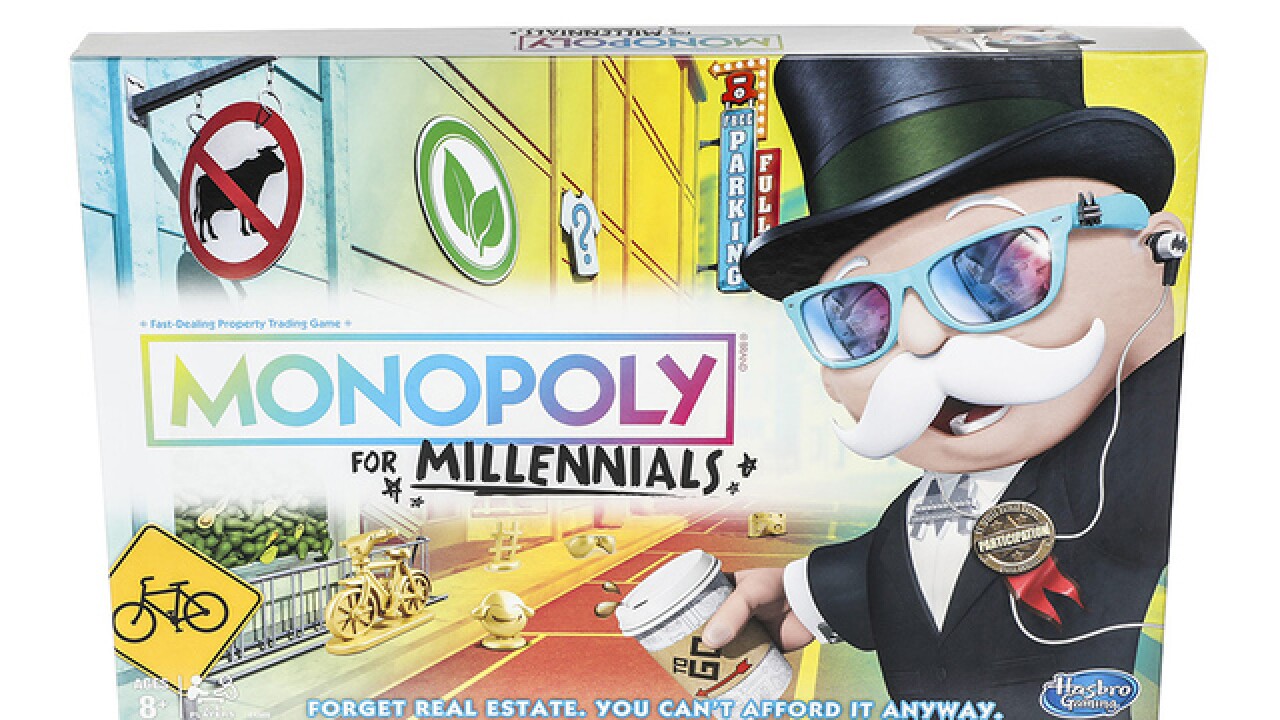 (KGTV) - A new version of the Monopoly board game is diverting from its traditional premise with its new age theme.

Hasbro has released Monopoly for Millennials, with the tag line “Forget real estate. You can’t afford it anyway.”

In this version of the popular board game, players don’t win by accumulating the most money. Instead, players win by collecting the most “Experiences.”

Some examples of “Experiences” include visiting a friend’s couch or attending a weeklong meditation retreat.

Game pieces include a hashtag and a crying emoji.

Hasbro calls the game “a great way to bring a fun and relaxed vibe to a party or casual get-together.”

The is being sold exclusively at Walmart, but as of Nov. 15 it is sold out.