'Dancing with the Stars' returns with splash, sparkle and Spicer 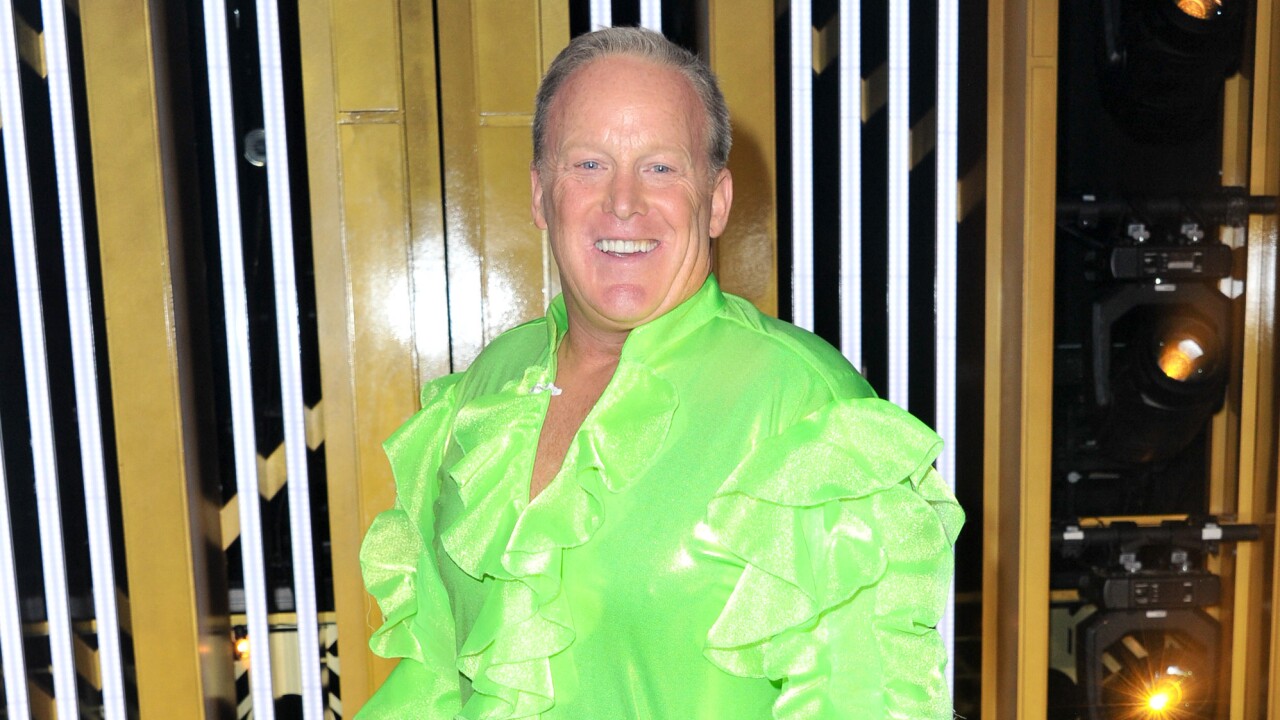 "Dancing with the Stars" Season 28 premiered Monday, bringing with it plenty splash on and off the show.

First, there was controversy surrounding the casting of former White House press secretary Sean Spicer. And then model Sailor Brinkley-Cook joined the cast a few days before the season premiere when her mom, Christie Brinkley, broke her arm in rehearsals.

But loyal viewers of "DWTS" are here for dancing as well as drama. So, how were the performances? Judges Carrie Ann Inaba, Len Goodman and Bruno Toniol weighted in during the show, but audiences can decide for themselves by watching these clips from the premiere linked below-- and then check in for the first elimination episode on September 23 to see if their opinions are in line with others'.

The "Bachelorette" alum Hannah Brown danced a cha cha to Whitney Houston's "I Wanna Dance With Somebody" with partner Alan Bersten. Fittingly, her introduction to the audience included a cameo from "Bachelor" franchise host Chris Harrison.

Comedian Kel Mitchell made use of the "Good Burger" pop-up restauran t -- currently operating in West Hollywood, Calif. -- when he told audiences his backstory (he starred with Kenan Thompson in the 1997 movie). His tango routine with Witney Carson to the Jonas Brothers' "Sucker" started with a larger-than-life cut-out of his face (he slid down his tongue).

"The Office" actress Kate Flannery referenced two of her past careers in her first performance -- her time on the hit NBC show and her pre-fame stint as a waitress. She and Pasha Pashkov danced a cha cha to "She Works Hard For The Money" by Donna Summer.

The basketball player's size might have put him at a disadvantage (he's much larger than dance partner Peta Murgatroyd). The two made some use of this during the opening of their foxtrot set to Nina Simone's "Feeling Good," but they still came away with the lowest score from the judges.

Country singer Lauren Alaina started her cha cha with a sexy chair dance before joining partner Gleb Savchenko on the dance floor to shake her hips to Shania Twain's "Man! I Feel Like a Woman!."

Supermodel Christie Brinkley was all set to join partner Val Chmerkovskiy for a foxtrot on "Dancing with the Stars" -- and was even willing to do it to her ex-husband Billy Joel's ode to her, "Uptown Girl." She got injured right before the premiere, but was lucky enough to have her lookalike model daughter take over for her.

"Queer Eye" star Karamo Brown joked on the show that most people know him as one of the people who helps instill confidence in others through his Netflix show. Building up to the premiere, he relied on dance partner Jenna Johnson to give him the boost he needed to get through their salsa to "Juice" by Lizzo.

The former NFL linebacker showed he also has moves off the field. He partnered with Cheryl Burke on a salsa set to Nelly's "Hot in Herre."

Former Supremes singer Mary Wilson reminded audiences that she is "75-and-a-half years old." But age has nothing to do with how hot you can trot. She danced a foxtrot with Brandon Armstrong to her group's hit, "Baby Love."

Singer Ally Brooke also referenced her own girl group in her first dance. She partnered with Sasha Farber on a cha cha set to "Work From Home" by Fifth Harmony.

Talk about something spicy. As if former White House press secretary Sean Spicer's neon shirt and white pants weren't enough of some "DWTS" flair, he danced a salsa (get it?) with partner Lindsay Arnold to "Spice Up Your Life" by the Spice Girls. Spicer's ballroom debut received a lot of attention for his bright attire, with one woman on Twitter commenting, "Clearly the costume designer on 'DWTS' is a Democrat."

The "Dawson's Creek" star was the last performer of the night, partnering with Emma Slater on a sultry tango set to Imagine Dragons' "Whatever it Takes." It got the highest score of the night for the judges. To be fair, fans of Van Der Beek's work on the canceled ABC sitcom "Don't Trust the B---- in Apartment 23" could have seen this one coming .