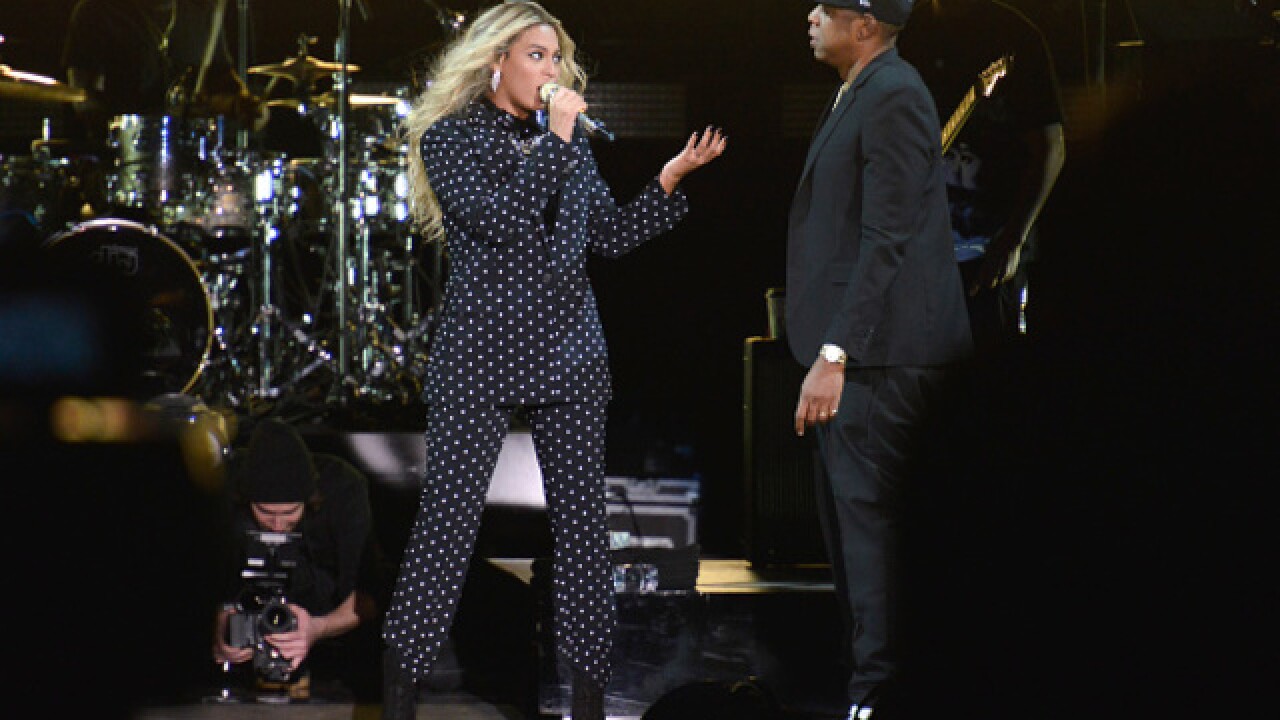 Copyright 2018 Scripps Media, Inc. All rights reserved. This material may not be published, broadcast, rewritten, or redistributed.
Duane Prokop
<p>CLEVELAND, OH - NOVEMBER 04: (L-R) Beyonce and and Jay Z perform on stage during a Get Out The Vote concert in support of Hillary Clinton at Wolstein Center on November 4, 2016 in Cleveland, Ohio. With less than a week to go until election day, Hillary Clinton is campaigning in Pennsylvania, Ohio and Michigan. (Photo by Duane Prokop/Getty Images)</p>

SAN DIEGO (KGTV) - Beyonce and Jay-Z announced Monday their stadium tour, which will include a stop in San Diego.

Other southwestern U.S. shows include Phoenix on Sept. 19, Los Angeles on Sept. 22, and Santa Clara on Sept. 29.