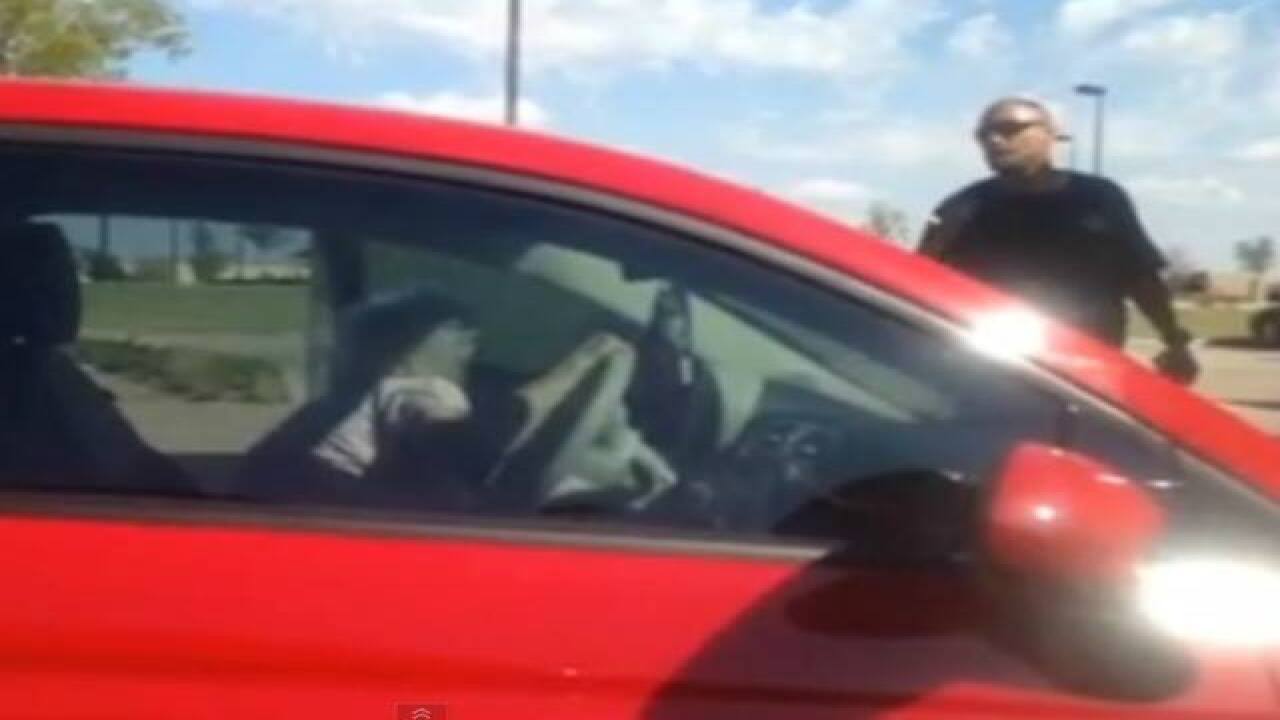 One man went from zero to 60 in a matter of seconds after he spotted a familiar panhandler drive past him in a 2013 Fiat.

In the video posted to YouTube, Daniel Ayala said he gives the 78-year-old panhandler money every day on his way to work.

When Ayala saw the woman, he confronted her and told her he would never give her money again. Ayala also threatened to smash the shiny Italian car’s windows if he saw it again.

A passerby happened to see the confrontation, recorded it and uploaded it to YouTube. The video, posted by Brandi Newman, said, "I gave the lady in the video money the other day because she holding a sign that said 78 year old widow needs money for food. Yesterday I pulled up to the Shell on the same corner and saw her sitting in this cute, little Fiat. As I'm sitting there thinking 'I got scammed by a little old lady,' a man approached her car.....and this is what happened next."

In the video, the elderly panhandler said the car belongs to her son.

An Oklahoma City news station caught up with the woman’s family. They say their mother has a panhandling permit so she is not doing anything illegal, WFTS reported.

The director of the Homeless Alliance in the area says this type of thing happens more frequently than you would believe. He says instead of giving a homeless person or panhandler money, you can give them warm food, vouchers for local homeless shelters or a bus ticket to get them there.