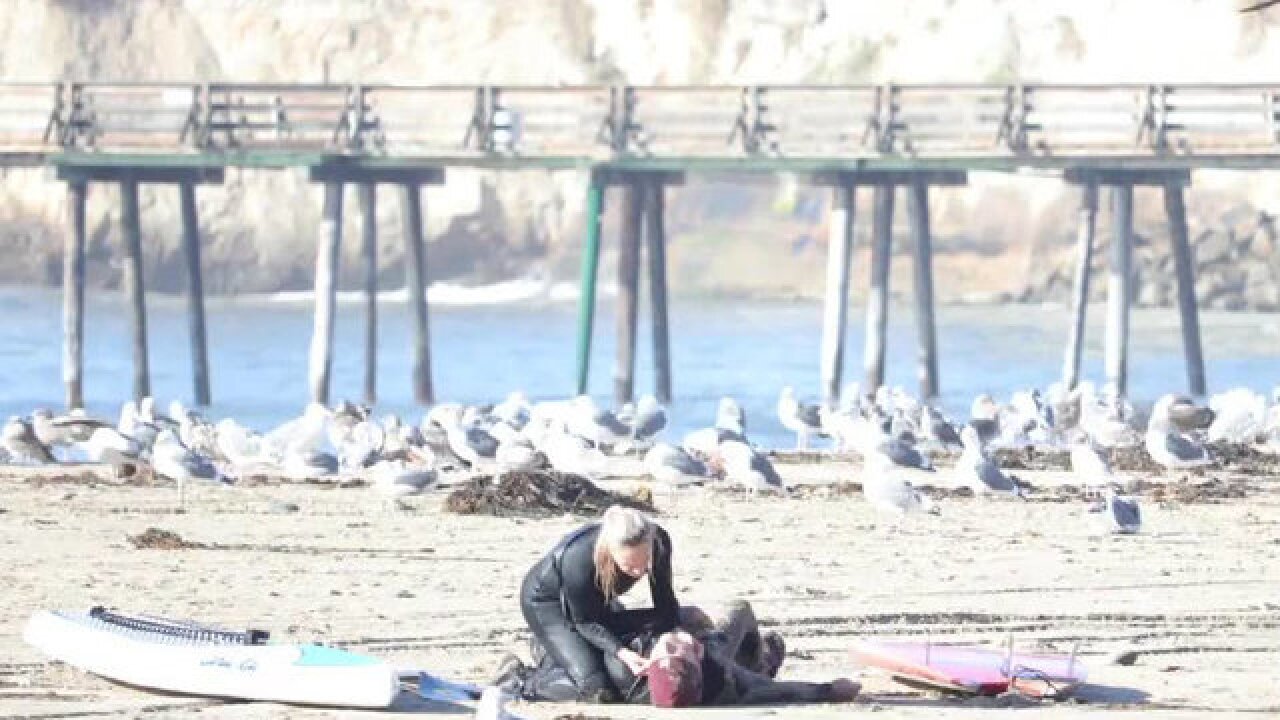 (KGTV) - A first date at a Northern California beach ended with a life-saving first kiss that was captured on video.

In a video that has now gone viral, a woman is seen administering CPR to her date after they surfed at a Santa Cruz beach.

The man reportedly collapsed in the sand due after suffering a heart attack.

After seeing him fall to the sand, the woman jumps into action, giving him mouth-to-mouth and performing CPR as others come to help.

The man has since recovered and is back to full health.

The couple is reportedly still dating.

The episode was captured on video by a witness who happened to be at the beach recording time-lapse footage of seagulls.