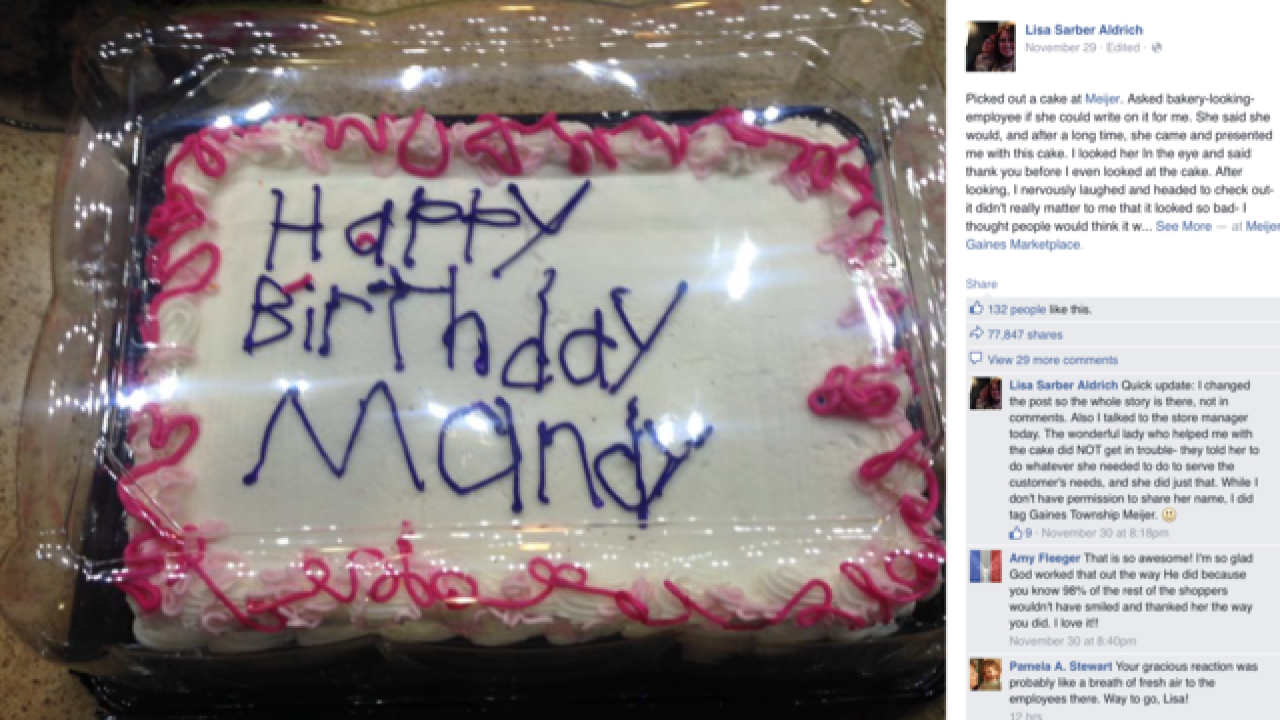 A simple picture of a birthday cake is going viral on social media.

Michigan resident Lisa Aldrich posted a sweet photo and story on her Facebook page and it seems to be resonating with a lot of people.

She wrote that she visited a Meijer grocery store outside Grand Rapids last weekend. Aldrich asked an employee to write a message on a cake. The worker did, and Aldrich thanked her and took the cake to the checkout.

On the cake, the decorator didn't have the most artistic penmanship, but Aldrich wrote that she didn't mind because the worker who wrote the message has autism.

An employee told Aldrich she probably made the worker's day by smiling and thanking her.

Picked out a cake at Meijer. Asked bakery-looking-employee if she could write on it for me. She said she would, and...