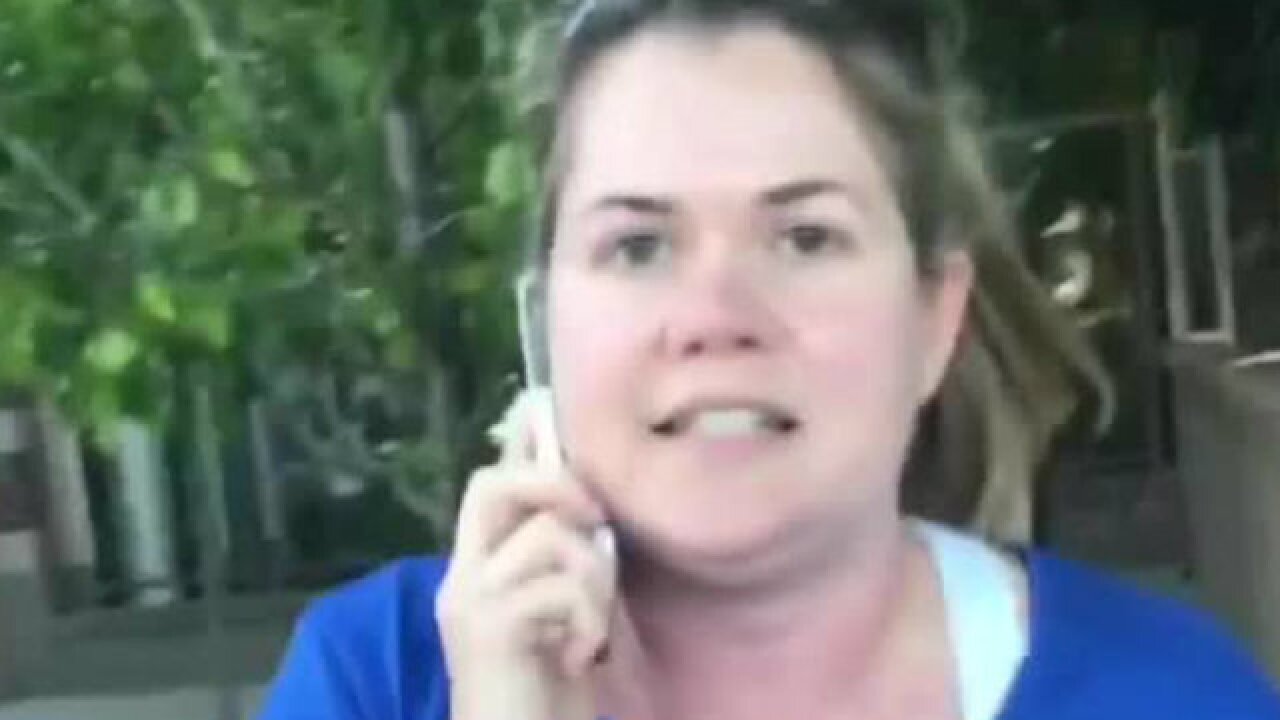 (KGTV) - Audio from a 911 call obtained by a Bay Area TV station reveals a San Francisco woman did in fact call authorities on a girl selling water near her home, despite her claims that she only pretended to do so.

Last weekend, Alison Ettel was captured on video on the phone with police as she reported an 8-year-old girl for selling bottled water on the sidewalk without a permit.

The video, which included a confrontation between the girl’s mother and Ettel, immediately went viral on social media.

RELATED: Woman gets on phone with police to report girl selling water on San Francisco street

Dubbed “#PermitPatty,” Ettel was accused of racism because she is white, and the young girl is bi-racial.

So my little cousin was selling water and didn't have a permit so this lady decided to call the cops on an 8 year old. #PermitPatty pic.twitter.com/SiL61pnAgl

Ettel told the Huffington Post that she was only pretending to call police and claimed there was “no racial component to it.” She explained that she could hear and was bothered by constant screaming “about what they were selling” from her office window and that prompted her to get on the phone.

She told HuffPo that she felt “horrible and heart-wrenched” about the situation.

Bay Area TV station KTVU obtained a 34-second recording of the 911 call made by Ettel and released the audio on Thursday.

During the recording, Ettel is heard talking to a dispatcher to report someone “who does not have a vendor permit selling water across the ballpark.” She is also heard asking for “someone to talk to about that.”

The dispatcher then tells Ettel to hold on the line as she is then transferred to police. However, the recording ends before going to any further conversation.

Through San Francisco police dispatch records obtained by KTVU, the station confirmed the call to 911 was made from Ettel’s phone.

Following the incident and the outrage the video had sparked, Ettel resigned as CEO of cannabis product company Treatwell Health.

Several companies cut ties with Treatwell in the days prior to Ettel’s resignation.

Erin Austin, the girl's mother, said her daughter was selling bottled water to raise money so she can go on a Disneyland trip.