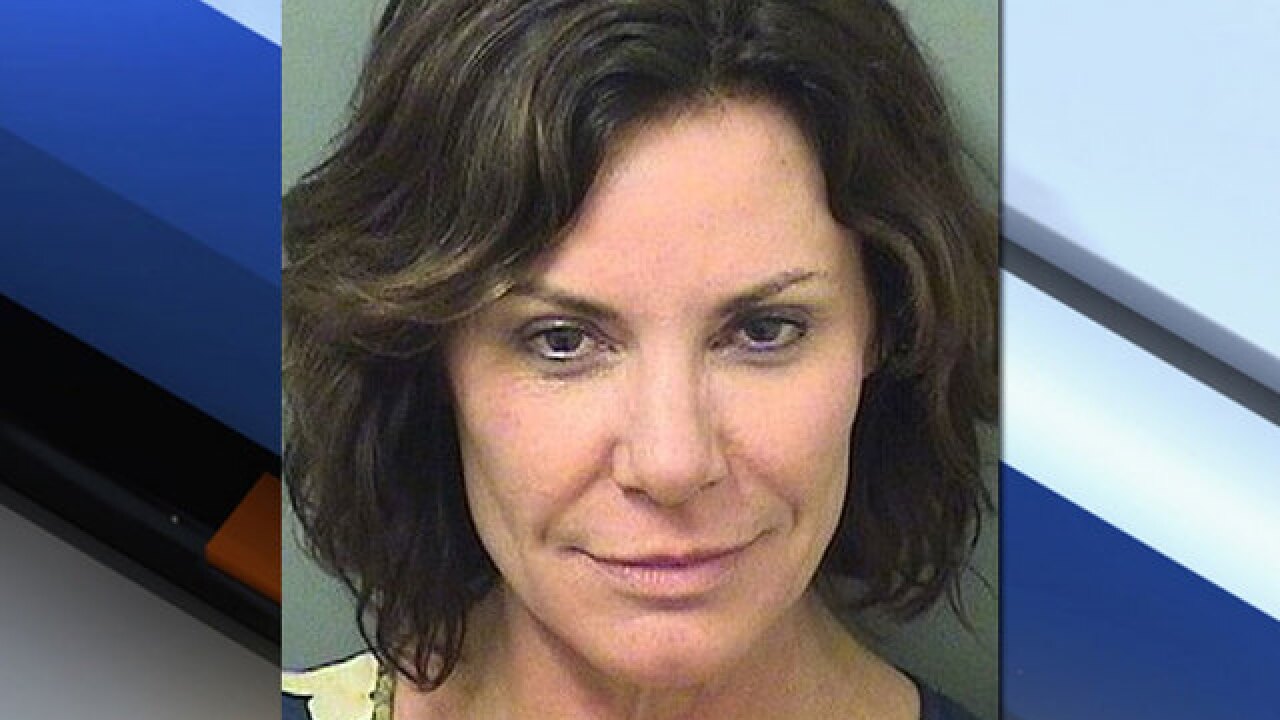 Copyright 2017 Scripps Media, Inc. All rights reserved. This material may not be published, broadcast, rewritten, or redistributed.
<p>Luann de Lesseps</p>

PALM BEACH, Fla. — A cast member of a popular reality TV show has been arrested in Palm Beach.

De Lesseps is featured on "The Real Housewives of New York City" television show, which airs on Bravo.

She is charged with disorderly intoxication, battery on an officer/firefighter/EMT, resisting arrest with violence, and threatening a public servant.

Palm Beach Police were called to the Colony Hotel at approximately 11:18 p.m. that night, where they met with hotel security.

The security guard told police that an intoxicated woman was trespassing in someone else's room and they refused to leave after being given multiple warnings.

According to hotel security, they were notified by housekeeping that a female and male entered the room while housekeeping staff were completing a turn down service. The hotel's security guard entered the room and found the female and male in the bed at the time. He says he told them multiple times to vacate the room and return to their assigned room. After multiple attempts, security contacted the Palm Beach Police Department.

According to an arrest report, both women smelled of an unknown alcoholic beverage, had slurred speech and appeared to be highly intoxicated.

Police say when officers asked the women to leave the room, de Lesseps locked herself in the bathroom.

When security began to unlock the bathroom door, de Lesseps opened the door and an officer attempted to remove her from the bathroom.

According to a police report, de Lesseps then shoved an officer with an open palm to the chest, then slammed the door on an officer's face, striking him in the forehead. Police say de Lesseps resisted arrest while being put in handcuffs by pushing and pulling away from the officers.

Police say while de Lesseps was in the back of the patrol car, she slipped out of her hand cuffs and attempted to exit the vehicle.

When her hand cuffs were once again secured and she was being placed back into the patrol car, police say she stated, "I'm going to [expletive] kill you," and tried kicking the door to keep it from closing.

Once she was transported to the Palm Beach Police Department and placed in a holding cell, police say she stated multiple times that she was "going to [expletive] kill all of you."

Luann de Lesseps appeared before a judge Sunday morning and was released. She will appear back in Palm Beach County court in 30 days.

Her spokesman Pete Sanders released a statement to The Associated Press, offering her sincere apologies to anyone she might have offended with her behavior.

De Lesseps said it was her first time in the area since her wedding and "being there brought up long-buried emotions."