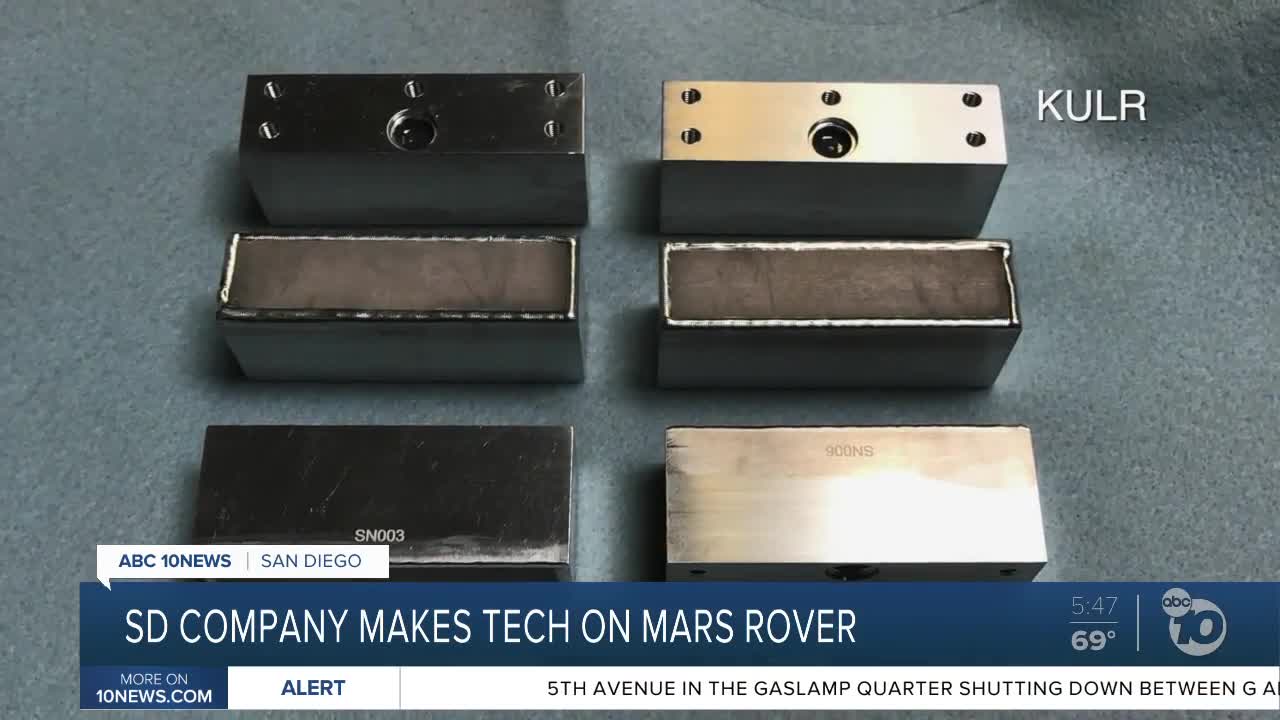 NASA's been working on this project for more than a decade, drawing from past missions with hopes of finding evidence of past life on the red planet.

"We don't know for sure what they're going to find, but if they find any hard evidence of life that would be wonderful." Carpenter is thrilled to be a part of this mission, bringing a piece of San Diego to Mars.

Carpenter said the company is known for it's technology that keeps batteries from exploding.

For the rover, they created heat sinks that control the temperature around sensitive instruments.

Specifically the heat sinks on Perseverance protect SHERLOC, a detector on the arm of the rover that looks for signs of past life.

KULR sent similar tech to Mercury, but this is their first trip to Mars.

"It is the largest most sophisticated rover NASA has sent there," Carpenter said.

According to NASA, Perseverance will be landing in the Jezero Crater, the site of an ancient river delta.

The mission has four Science Goals:

"This science goal relates to national space policy for sending humans to Mars in the 2030s."