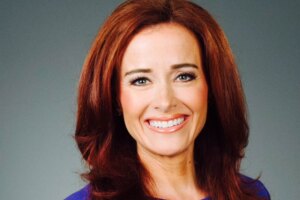 Vanessa Van Hyfte joined the 10News team in October of 2011 as a general assignment reporter and also anchors the 10News weekend shows at 5 a.m., 6 a.m. and 8 a.m.

Prior to joining 10News, she worked in Seattle as an anchor/reporter for KING 5 News-NBC. She also anchored at Northwest Cable News, a 24 hour news source. Her career started more than a decade ago at WQAD-ABC in Moline, Illinois. She worked her way up from intern to reporter, and reporter to weekend anchor, then finally to the top as main anchor.

Her most memorable story chronicled the recovery of a wounded soldier. The one hour special report won her numerous press honors including a regional Edward R. Murrow Award and the Eric Sevareid Award. Other notables include interviewing several presidential candidates in the Iowa caucuses, covering high-profile trials and snowy mountain rescues in Seattle, and spotting and reporting a killer F3 tornado.

Vanessa graduated from Western Illinois University with a B.A. and an M.A. in Broadcasting. She also worked as a college instructor, teaching public speaking and communication.