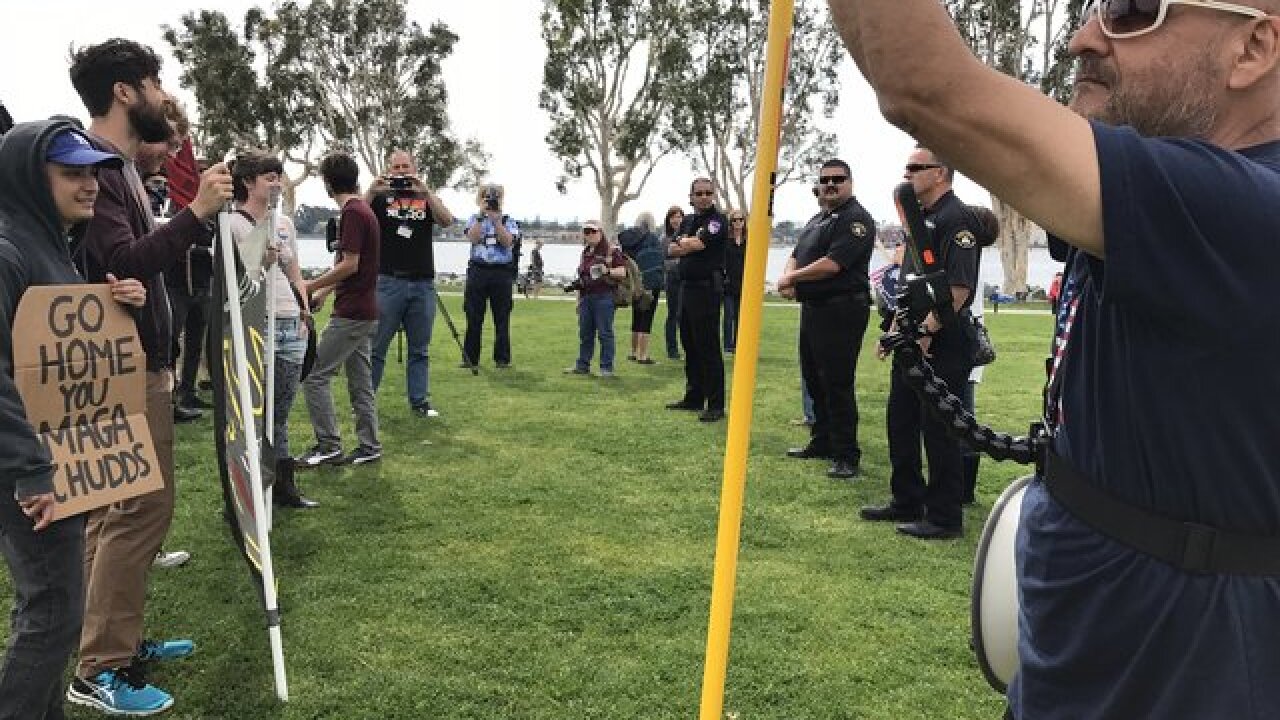 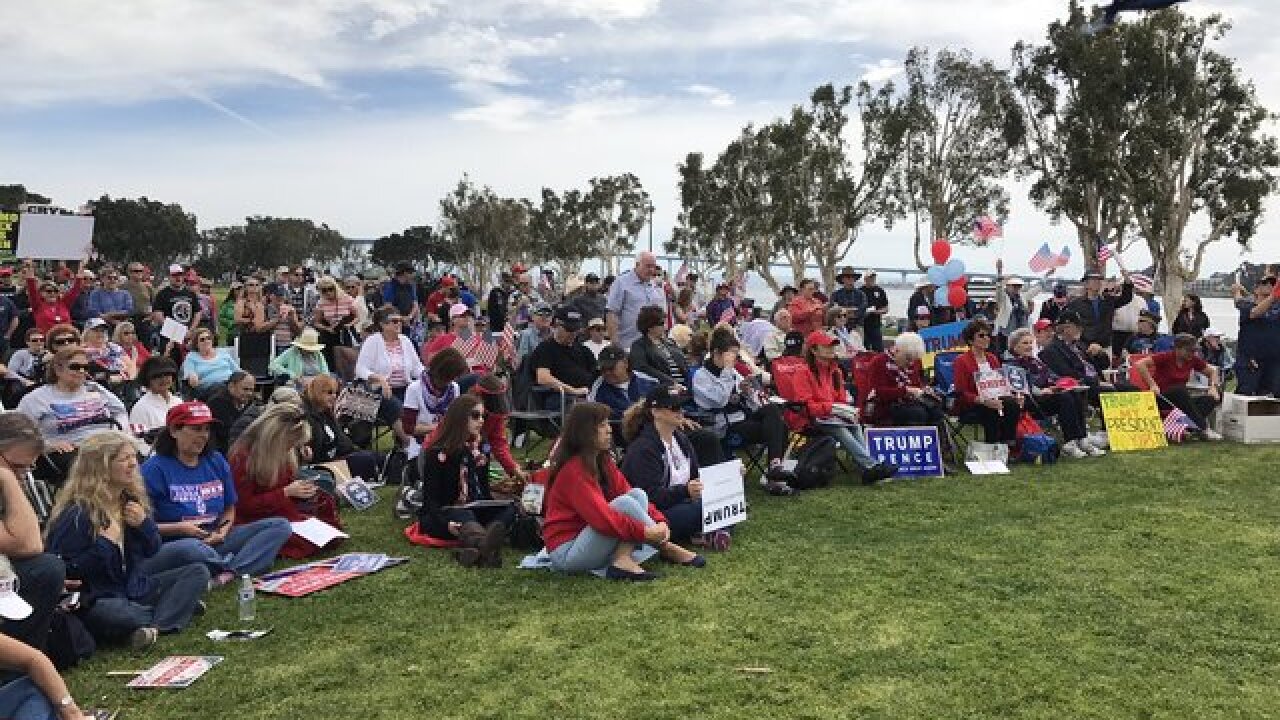 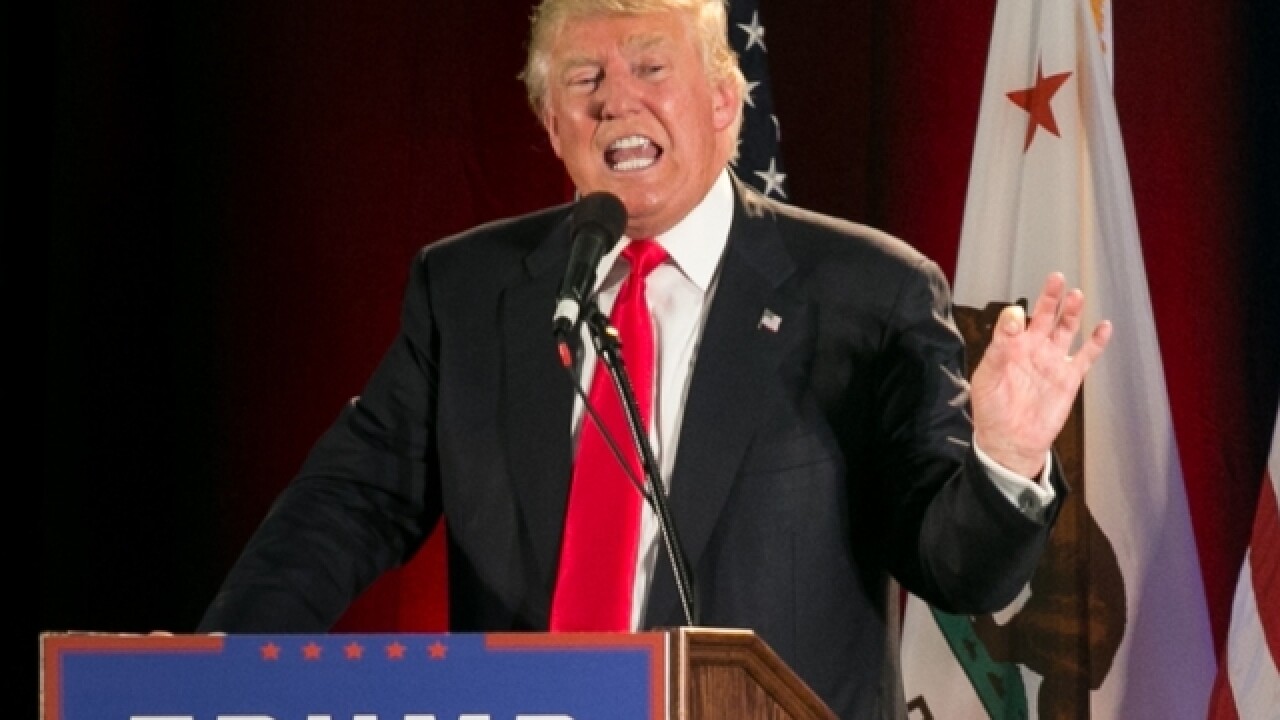 SAN DIEGO - At least 150 people marched along the Embarcadero Saturday in support of President Donald Trump.
The march -- which also included a formal rally at noon at the Embarcadero Marina Park South -- was part of " Spirit of America ," a series of nationwide events in support of the president.
Amy Sutton, who organized the pro-Trump San Diego event, said she expected another 200 to 400 people to attend the rally, which was scheduled to feature numerous speakers, including a former U.S. Secret Service agent.

Other speakers included Brett Winterble, a KFMB radio host; Gina Loudon, TV personality, writer and speaker; and Patti Siegmann, president of Oceanside Republican Women Federated.
Social media photos showed several dozen Trump supporters at the rally. Carrying banners bearing the president's name and various signs, they chanted "he's my president" as they walked along the Embarcadero.
Sutton said anti-Trump protesters -- whom she described as "rioters" -- were also at the rally, but added there was heavy security at the scene, including San Diego police officers.
Photos also showed several dozen protesters on scene at the pro-Trump rally. The San Diego Police Department said no arrests had been made at the event.
On its Twitter feed, Indivisible San Diego posted that its anti-Trump, "March4Impeachment" event in Ocean Beach included a beach clean-up and registering new voters. While a photo showed a fairly large-size crowd, no exact attendance figure was available. An Indivisible representative could not be reached for contact.