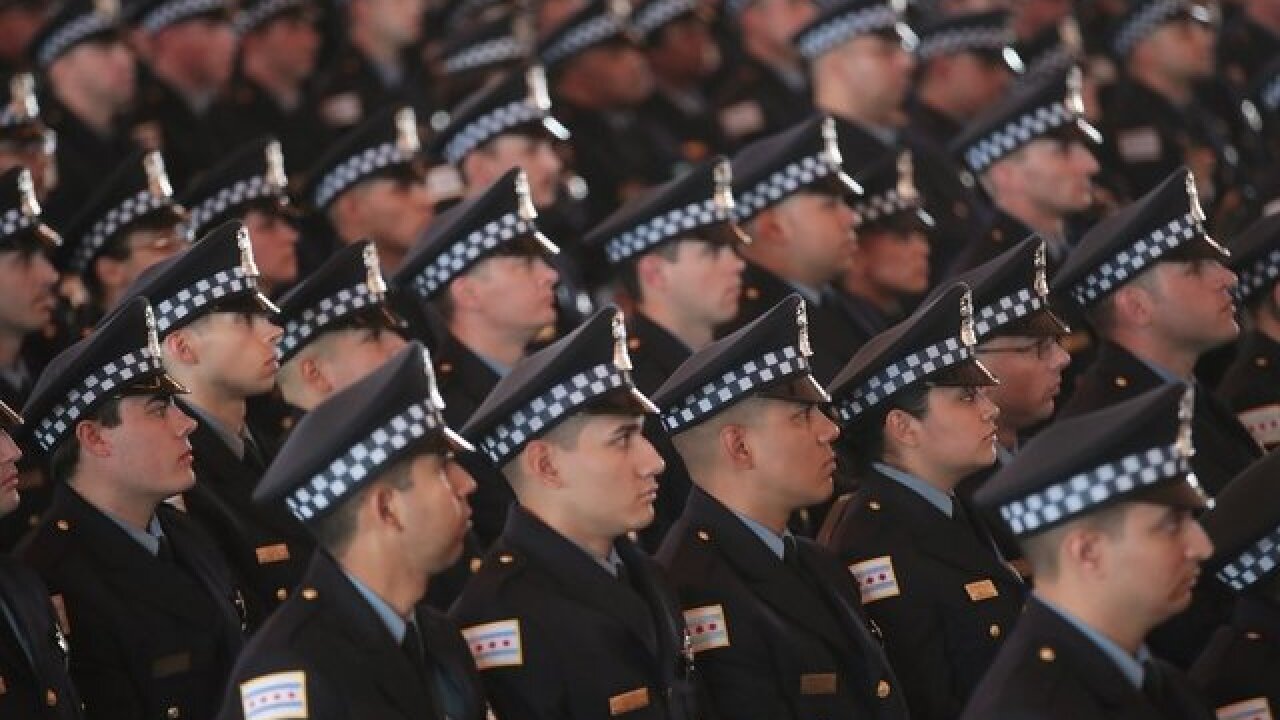 The Chicago Police Department is under fire after a video surfaced showing department officers helping the Norfolk Southern Police in an operation that used "bait trucks," container trucks filled with goods left to attract potential thieves.

"The police parked a truck with boxes of Nike shoes in front of kids ... and when people hop in the truck the police hopping out on them," McKenzie wrote on Facebook.

The truck was part of a surveillance operation, nicknamed "Operation Trailer Trap" by police, used to target individuals who had been breaking into freight containers at Norfolk Southern rail yards, Norfolk Southern told CNN. The rail company has its own police force.

A man was arrested on August 2 as part of the sting and charged with burglary. The Cook County State's Attorney's Office said the charges against the suspect were dropped on Thursday. The office did not provide additional details about why the suspect was no longer being charged. According to the Chicago Tribune, the suspect is deaf and communicates through sign language, and told police he had entered the trailer to take food.

Norfolk Southern dismissed claims that youths were targeted in the operation, adding the suspect apprehended "cut open the safety seal with box cutters, broke into the back of the trailer and only then did they find retail shoes in unmarked brown boxes, previously secured and hidden inside."

"Norfolk Southern has the responsibility to ensure the freight we are transporting is safely delivered and does not pose a risk to the communities in which we operate," Norfolk added in a statement. "This week's police operation was intended to directly combat such unacceptable thefts."

"At the end of the day, just because it's out there and it's not yours, that doesn't mean you're supposed to take it," Johnson said. "But as Chicago Police Department, we're going to take a hard look and see if there's something we can do better."

At least one local official and the ACLU of Illinois criticized Chicago police for being involved in the operation, arguing the practice created unfair situations of entrapment.

Karen Sheley, director of the Police Practices Project at ACLU of Illinois, said in a statement "these stunts won't help" better relationships between police and communities of color in Chicago.

"Police should focus on reform and improve outreach to communities that have been too often the target of police abuse," Sheley said.

In a statement, longtime community activist Lori Lightfoot, who is also a current candidate for mayor, said the use of the "bait trucks" is "an appalling display of misplaced priorities," and made a reference to a string of shootings that left 12 people dead over the weekend.

"Video footage shows officers antagonizing Chicagoans they are sworn to serve and protect, and creating conflict when their responsibility is to promote public safety," Lightfoot added.

Sawyer called for the city council to hold a hearing on the matter.