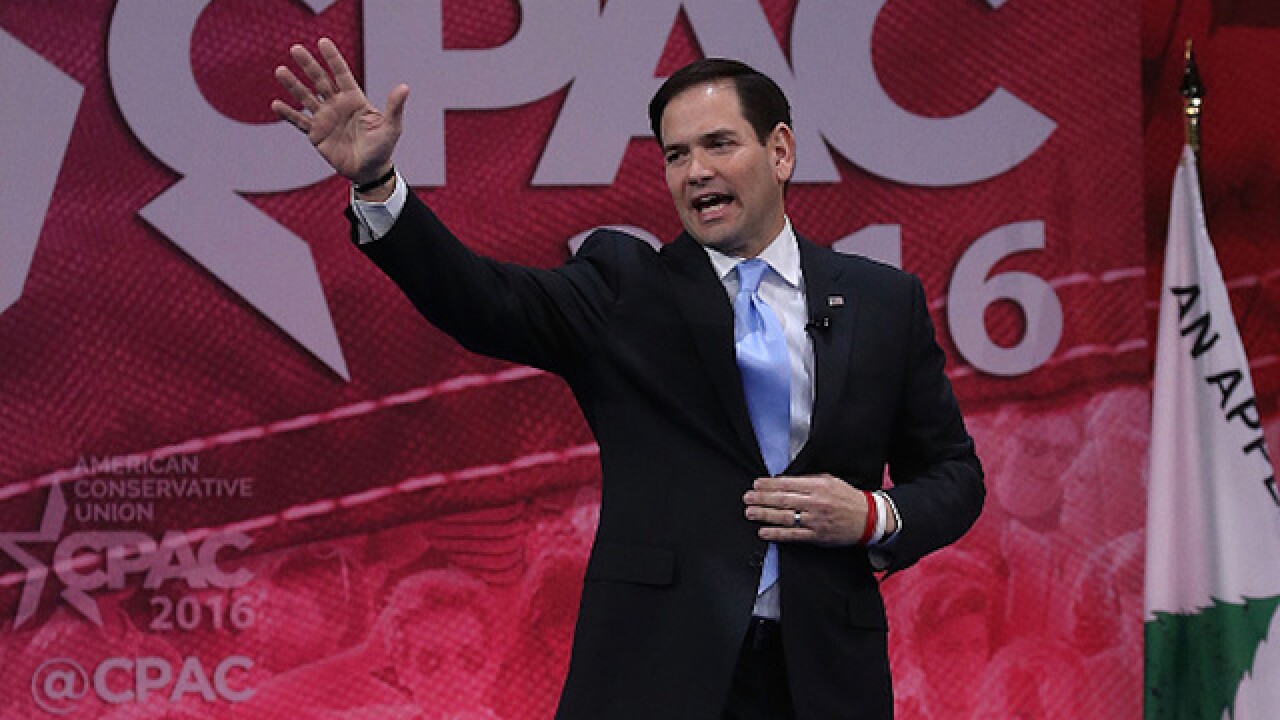 Florida Senator Marco Rubio will win the Republican primary election in Puerto Rico by a large margin according to a CNN projection.

Currently, Rubio carries almost 75 percent of the vote. If he wins more than half of the votes, he will get all 23 delegates that the territory carries. If no one gets half, the delegates are divided proportionally.

Rubio's win comes after a disappointing performance yesterday on "Super Saturday," where he picked up only 18 delegates. In a speech following the returns on Saturday, Trump called for Rubio to drop out of the race.

“Marco Rubio had a very, very bad night and personally I’d call for him to drop out of the race,” Trump said. “I think it’s probably time.”

Rubio has implied that he will remain in the race until at least March 15, where he hopes to take his home state of Florida.