Trump to host G7 at his own Florida resort property 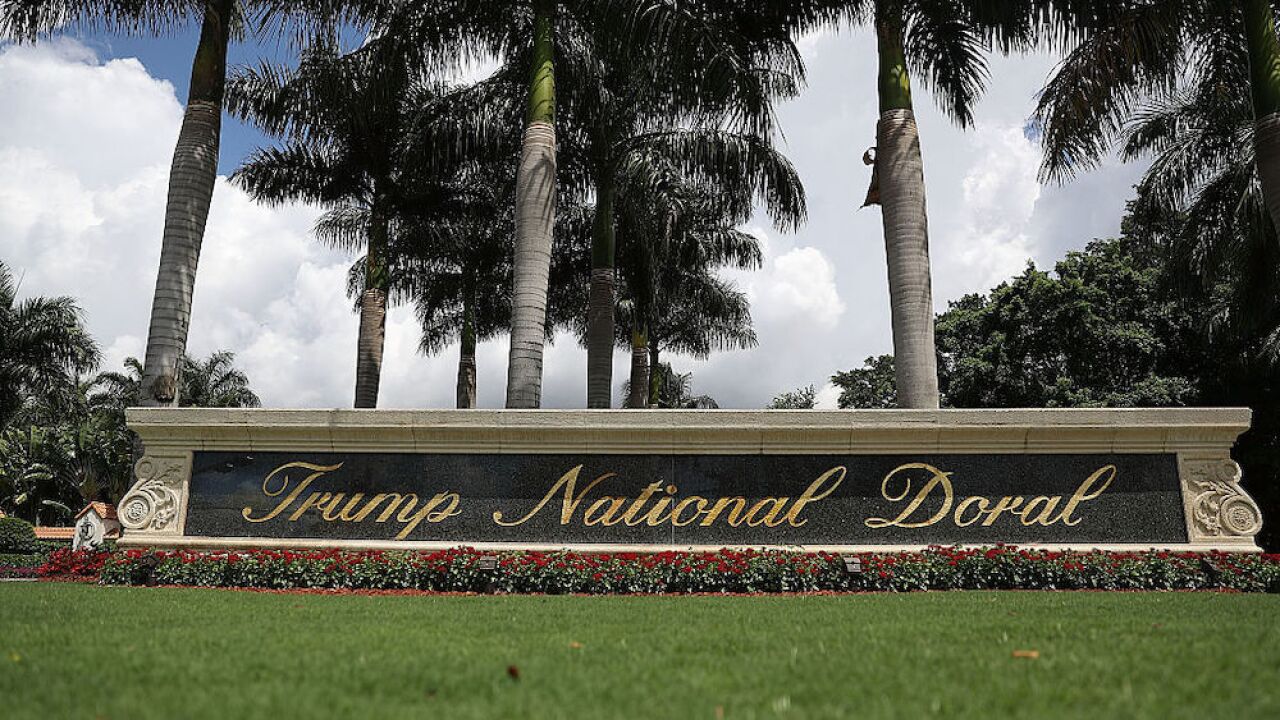 White House acting chief of staff Mick Mulvaney announced during a White House press briefing that the 2020 G7 summit will be held at Trump National in Doral, Florida, from June 10-12.

"We used the same set of criteria that previous administrations have used," Mulvaney said.

He said Doral was "far and away the best physical facility for this meeting."

President Donald Trump is sure to receive criticism and will face questions about whether he stands to profit financially from the large summit. Trump has received such criticism in the past for hosting foreign leaders, including China's President Xi Jinping, at his Mar-a-Lago golf club in Florida.

Doral has the best facilities of all the sites under consideration, Mulvaney told reporters.

Mulvaney defended hosting the 2020 G7 at Doral, saying that Trump will not be profiting in "any way, shape or form."

He also acknowledged that he has heard claims that by hosting the G7 there it already creates profit by highlighting the resort.

"I've heard that before ... I would simply ask you all to consider the possibility that Donald Trump's brand is already strong enough on its own," he claimed.

Mulvaney also defended claims when asked what the difference is between this and Trump's accusations that Hunter Biden profited off his father's name.

"First of all, there's no profit here. Clearly, there's profit with the Bidens," Mulvaney said, adding: "The Trump family made their money before they went into politics, that's a big difference."

House Judiciary Chairman Jerry Nadler has previously said the committee would be requesting White House documents scheduling September meetings to investigate the legality of a G7 at Doral.

"Hosting the G7 Summit at Doral implicates both the Foreign and Domestic Emoluments Clauses, because it would entail both foreign and U.S. government spending to benefit the President, the latter potentially including both federal and state expenditures. More importantly, the Doral decision reflects perhaps the first publicly known instance in which foreign governments would be required to pay President Trump's private businesses in order to conduct business with the United States," Nadler said.

Former White House Office of Government Ethics Director Walter Shaub told CNN when the idea was first floated in August that holding the meeting at Doral would be a conflict of interest.

"This is a conflict of interest because he's going to benefit by the outcome of this. In fact, if he was any federal employee other than the president of the United States, it would be a crime for him to be involved in this activity," Shaub said. "He's exempt from the criminal conflict of interest law but that wasn't intended as a perk of high office and it was expected that he would act as though he were covered by it."

Mulvaney also said the administration will "continue to review" whether Russia should attend and would make the decision at a "later" date.

Trump brought up the idea of formally inviting Russia back into the G7 at the most recent summit in Biarritz, France, but other leaders rebuffed his suggestion. Leaders maintained that Russia should not be readmitted until it ends its annexation of Crimea in Ukraine.