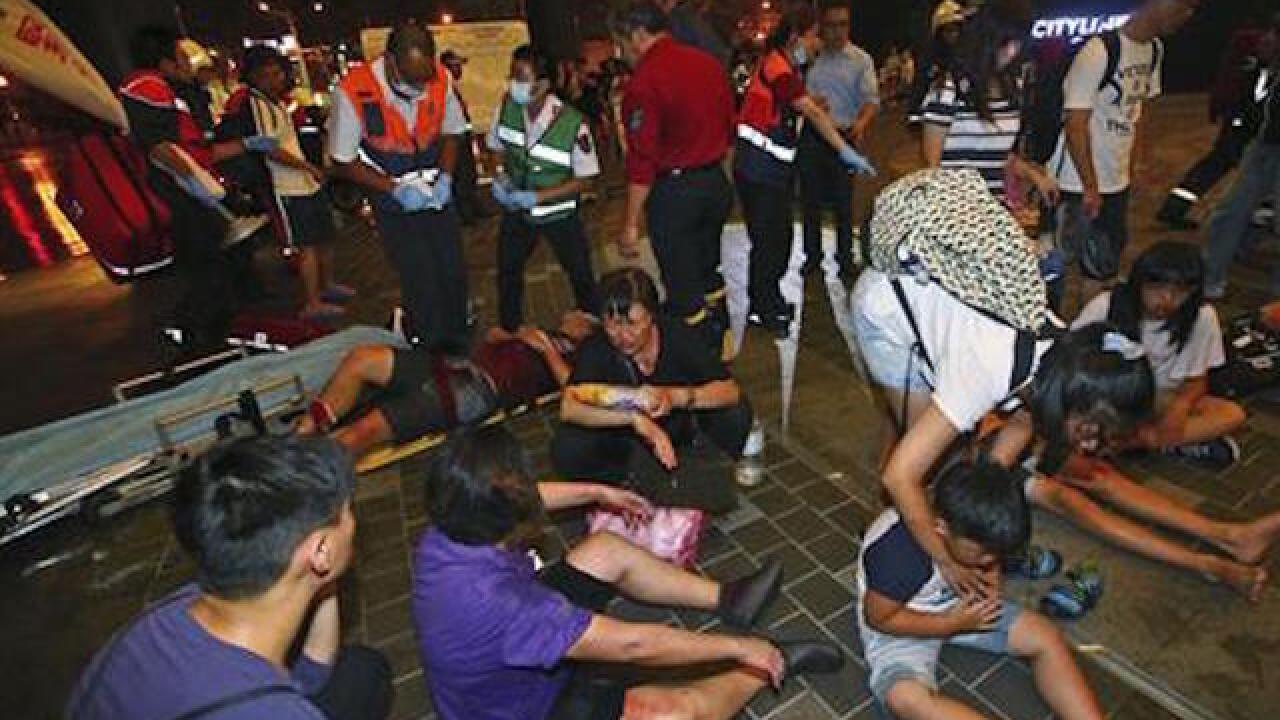 TAIPEI, Taiwan (AP) — The injury toll from an explosion that hit a commuter train in Taiwan's capital has risen to 24, with some of the victims in serious condition, police said Friday.

The police suspect the blast that engulfed one train car in flames at a station in Taipei was caused by an explosive, the island's Central News Agency reported.

The explosive appeared to be 15 to 20 centimeters (6-8 inches) long and looked like a firecracker, the news agency said, citing the director of Taiwan's National Police Agency, Chen Kuo-en.

Police had said that 21 people were hurt in the explosion on Thursday night, but later said another three people went to hospitals on their own to seek help.

"It looks like someone did it on purpose," Lin told journalists. "We will make our best efforts to investigate this case. Please rest assured that we will provide effective and efficient security for all passengers."

Reports cited witnesses as saying they heard a loud explosion before the train carriage burst into flames.