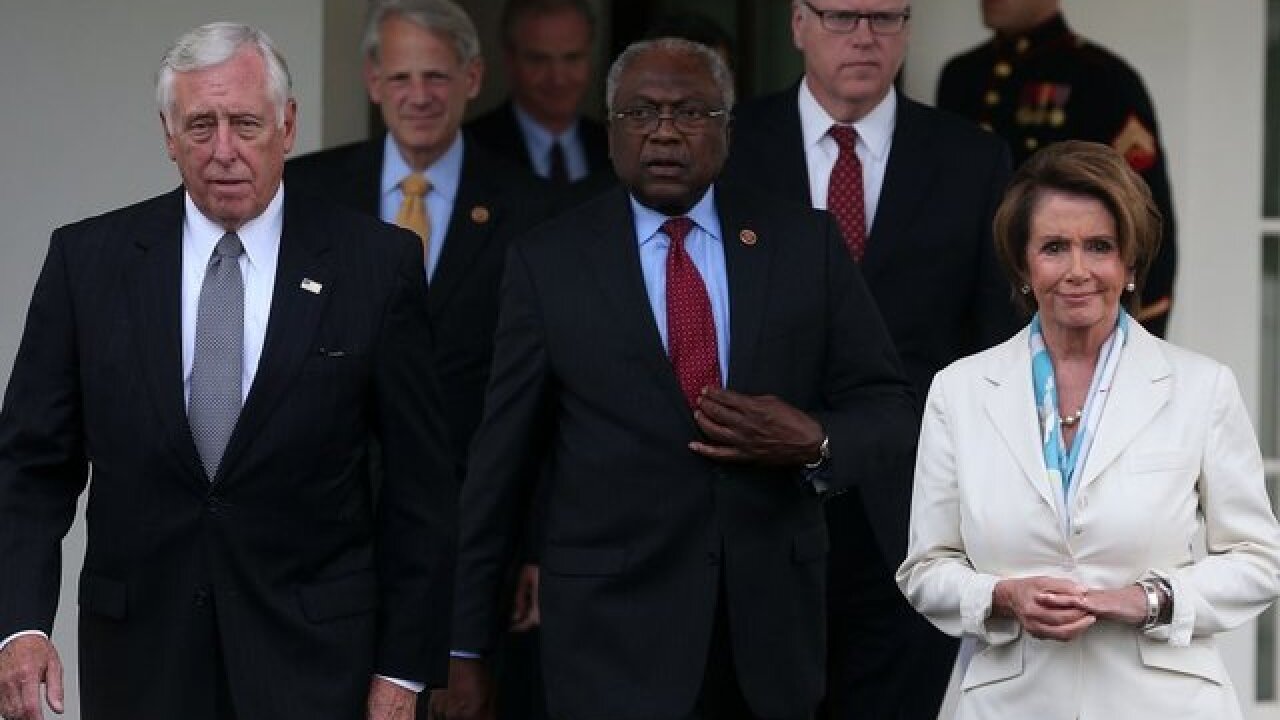 House Democrats held a heated debate Tuesday over a push to impose term limits on some of their leaders, ultimately deciding to table the discussion until incoming freshmen members can take part in the conversation next month.

"There's some strong feelings in the room, but we're not going to deal with it today," Rep. Debbie Dingell of Michigan said while leaving the caucus meeting.

House Minority Leader Nancy Pelosi of California, as she seeks to shore up support for her speaker bid, is in active conversations with Rep. Ed Perlmutter of Colorado, a leader of the small group of Democrats attempting to block her from the speakership because they want to see new leaders at the top.

Broadly, the idea of term limits is a contentious topic among Democrats, where a divide exists between those eager to see a new generation of leaders and those who say seniority and experience matter.

Incoming House Majority Leader Steny Hoyer of Maryland, who's been in Congress for three decades and served as majority leader when Democrats last held power, passionately decried the idea of term limits on Tuesday.

Hoyer said six times that he doesn't support term limits and noted he had repeatedly cosponsored legislation in the past that called for repealing term limits for the presidency.

"I'm against term limits, because I have a term limit. It's a two-year term limit," Hoyer told reporters. "Every year the citizens that I represent and the members in this House have to re-up my contract."

Asked how he feels about Pelosi entertaining the idea of term limits in her negotiations, Hoyer was frank.

"She's not negotiating for me," he said.

Multiple Democrats said the debate in the caucus meeting Tuesday was a broad discussion over the idea of term limits in general, rather than any specific proposal with positions and a set number of terms in mind.

Emerging from the meeting, many members expressed some openness to the idea but wanted to see a concrete proposal first.

"I don't think it's a bad idea. I don't see any downside," said Rep. Bill Pascrell, a New Jersey Democrat. "It keeps people looking forward. I tend to support it right now."

"My conceptual thought on this, I think the American people hired us to be the majority in part to bring some change to Congress," said Rep. Raja Krishnamoorthi, an Illinois Democrat. "And therefore we have to figure out how we can put more people in positions of responsibility so they can gain skills to assume leadership in the future."

Pelosi, Hoyer and Rep. James Clyburn of South Carolina have been the top three House Democrats for more than a decade, and the trio was recently nominated by the caucus to maintain their positions in the next Congress -- despite some opposition in the party to their long-running places at the top.

If Pelosi ultimately supports some sort of term limit, it's unclear how many votes she would win among her detractors, but it could potentially help her get close to or over the 218-vote threshold she needs to win the speakership on the floor.

Pelosi, who explored the idea of term limits for committee chairs in 2015, told reporters last week she was "sympathetic" to the concerns of those who'd like to see limits but said it was a matter to be debated by the caucus.

Even if Pelosi supports a proposal, it would need to be voted on by the entire caucus, which is already divided on the broader idea of term limits.

Some of that opposition can be seen in the Congressional Black Caucus.

"The CBC has had, it's no secret, a long history of supporting seniority," said Rep. Joyce Beatty of Ohio, who recently elected vice chairwoman of the caucus. "Let's not change the rules when you have women who have finally gotten there, when you have African-Americans -- and why do we make a big deal at this point in time in history that we want to change the rules?"

Noting the concerns voiced in Tuesday's meeting, Beatty said she felt confident that "Pelosi will work in the best interest of the entire caucus and not just a minority of the caucus."

Rep. Cedric Richmond of Louisiana, chairman of the Congressional Black Caucus, said he's against all term limits, describing the idea as "a solution to a problem that doesn't exist."

"She's talking to those guys, but that doesn't mean the caucus has to vote for it," Richmond said, referring to Perlmutter and his allies. "And I think that all she's committing is that she'll support it or something, so we'll see what happens. But at some point those guys got to put all this silliness to bed so we can start governing."

While term limits is an idea that could potentially get some Pelosi opponents on board for her speaker bid, others say they won't be deterred from seeking a change at the top.

Rep. Kurt Schrader, an Oregon Democrat who's an outspoken critic of Pelosi, said term limits wouldn't be enough to tamp down his quest to see her go.

"I don't see it happening, frankly," he said of the term limits idea. "Blowback has been significant, as you might imagine. I'm anticipating that we still have the votes to stop her from becoming speaker."